Archaeologists have just uncovered one of the largest and best-preserved caches of ancient weed ever found, in the grave of a 35-year-old man who died roughly 2,500 years ago.

The man - who the researchers are still trying to learn more about - had Caucasian features, and was laid to rest on a bed of wood with a pillow of reeds under his head. A series of thirteen 1-metre long (3-foot) cannabis plants had been placed on his chest, creating a burial shroud of weed.

"This unique discovery provides new insight into the ritualistic use of cannabis in prehistoric Central Eurasia," the team writes. "[They] reveal that cannabis was used by the local Central Eurasian people for ritual and/or medicinal purposes in the first millennium before the Christian era."

The team, led by Hongen Jiang from the University of Chinese Academy of Sciences, says the grave was one of 240 others that have been excavated from the Jiayi cemetery in Turpan - a region that lies in northern China near the Mongolian border.

But this man seems to be the only one buried with cannabis. 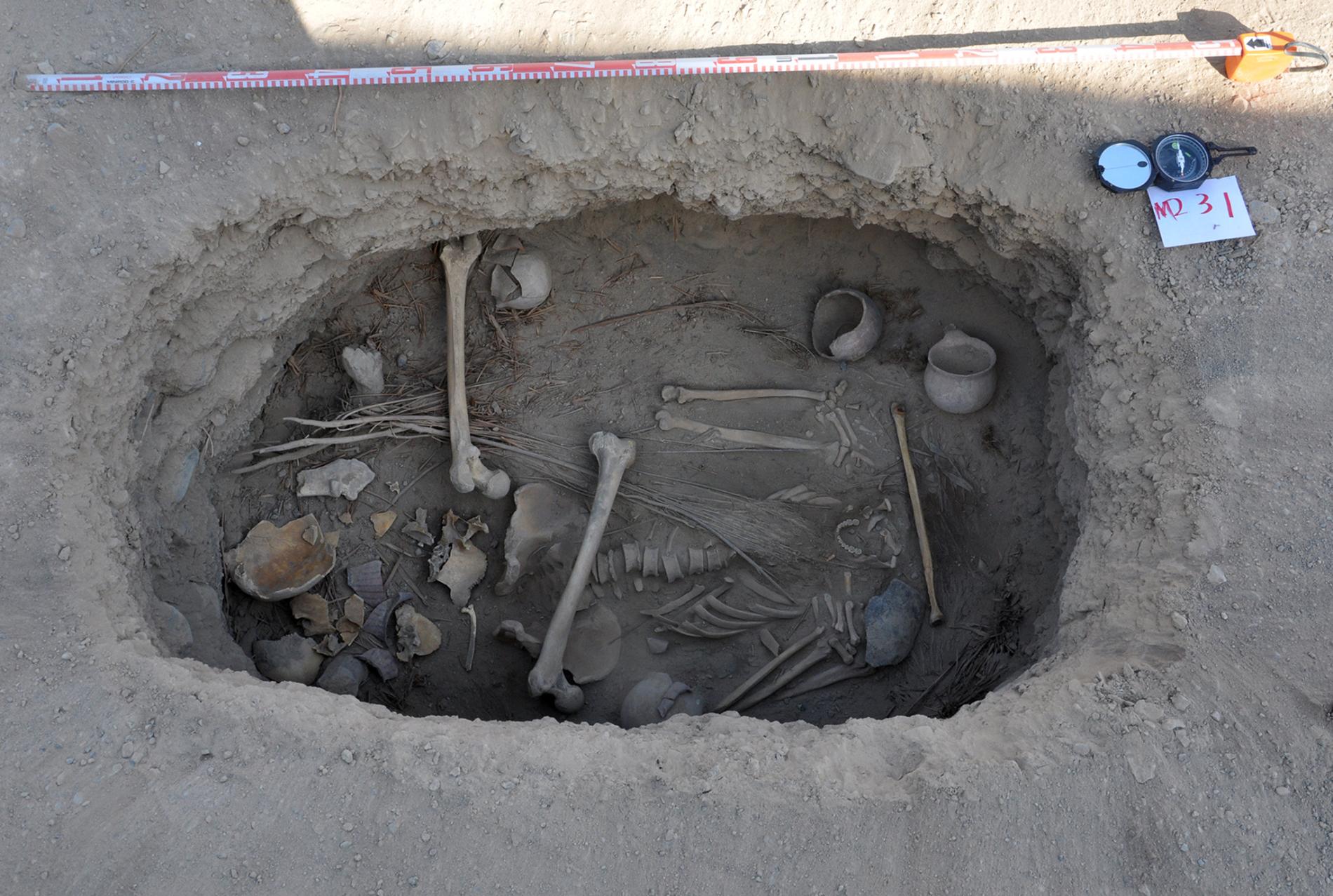 The team estimates that the man lived around 2,400 to 2,800 years ago, based on carbon dating.

He was likely a member of the Gushi Kingdom - a culture that existed between 3,000 and 2,000 years ago, and was a major part of the Silk Road trade route.

While marijuana has been associated with other ancient burials in the region - most notably, one found in the nearby Yanghai cemetery, which yielded around 1 kg (2 pounds) of seeds and powdered leaves - the new find represents the first time whole plants have been discovered in a grave.

Based on the evidence gathered from the 13 flowering plant samples, the team says that the weed was likely grown locally, because it appears to have been buried when it was fresh and about to bear fruit. That also suggests that the man died in the summer.

Now the archaeologists are trying to figure out why marijuana was so common in the Turpan region.

There are two hypotheses: that the plant was used for hemp to make ropes and clothes; or that it was smoked to have a good time, invoke some sort of spiritual connection, or as a medicinal drug.

Since hemp fibres had not been found in any graves in the region, and the buds of the plants buried with the man had been harvested, the team suspects that people likely used the plant in incense or teas, potentially for medicinal or ritual purposes.

The discovery will hopefully further our knowledge of how ancient cultures consumed cannabis and how prevalent its use was - and still is - across the world.

The team’s work was published in Economic Botany.