For millions of years, the Arctic has observed an unbroken ritual. In winter, Arctic sea ice expands, as sub-zero polar temperatures freeze waters in their place. In summer, the ice pack retreats, as warmer temperatures thaw the winter-made gains, surrendering them back to the ocean.

In the era of anthropogenic climate change, the ebb and flow of this timeless cycle has become disturbed. For decades, the overall coverage of Arctic sea ice has been in decline, expanding less and retreating more with each year. Nonetheless, the Arctic has, as always, remained frozen, covered in sea ice, even in the summer. It may not for much longer.

A new analysis of numerous climate models predicts the Arctic Ocean will become ice-free in the summer in only decades, and even before the mid-point of this century – a startling forecast that persists even in the best case scenarios, in which we manage to significantly cut down atmospheric CO2 emissions.

"If we reduce global emissions rapidly and substantially, and thus keep global warming below 2 °C relative to pre-industrial levels, Arctic sea ice will nevertheless likely disappear occasionally in summer even before 2050," says polar geophysicist Dirk Notz from the University of Hamburg in Germany.

"This really surprised us." 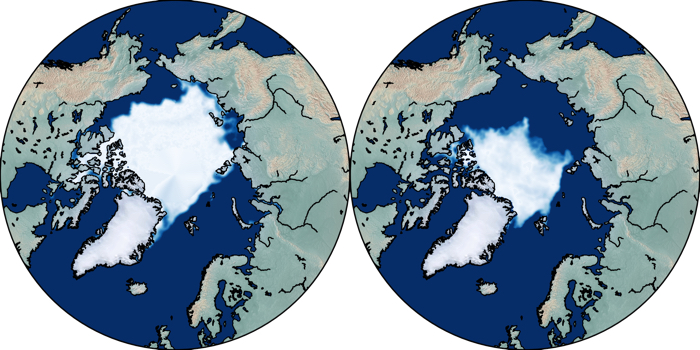 In the new study, Notz and his team examined dozens of different climate models simulating the evolution of Arctic sea ice in the future.

The models – which come from the Coupled Model Intercomparison Project Phase 6 (CMIP6) – comprise some of the latest generation of global climate models, and encompass a number different hypothetical scenarios, including trajectories based on rapid reduction of future CO2 emissions, as well as largely unchanged, 'business as usual' situations.

In most of the CMIP6 simulations, the Arctic Ocean becomes practically sea‐ice free (defined to mean sea‐ice area covering an area of less than 1 million square kilometres) in summers before we reach the year 2050, and regardless of the hypothetical scenario employed.

"The CMIP6 models simulate a large spread for when Arctic sea-ice area is predicted to drop below 1 million km2, such that the Arctic Ocean becomes practically sea-ice free," the authors write in their paper.

"However, the clear majority of all models, and of those models that best capture the observed evolution, project that the Arctic will become practically sea-ice free in September before the year 2050 at future anthropogenic CO2 emissions of less than 1,000 [gigatonnes of] CO2 above that of 2019 in all scenarios." 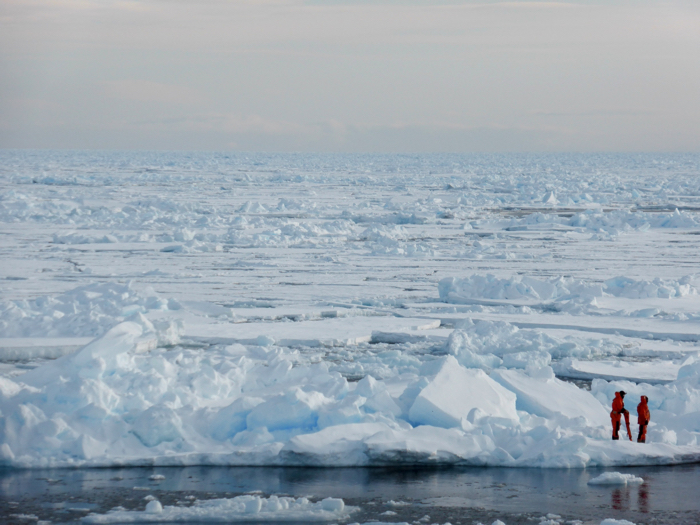 While the results are certainly shocking, the overall prediction of a soon-to-be ice-free Arctic is not. Scientists have been forecasting this outcome for years, envisaging the end of the Arctic as we know it, and speculating what this could mean for all kinds of other ecosystems.

It's also something that will amplify the global warming effects the world is currently experiencing, scientists say, as with less ice in the Arctic, less sunlight can be reflected in the region, meaning our hotter planet absorbs even more heat as the North Pole increasingly melts away.

"It's a two-way street," NASA climate scientist Claire Parkinson, who wasn't involved with the current study, explained in 2018.

"The warming means less ice is going to form and more ice is going to melt, but also, because there's less ice, less of the Sun's incident solar radiation is reflected off, and this contributes to the warming."

If there's any good news here, it's that we may still be able to lessen the frequency of these ice-free Arctic summers, if we can manage to steeply reduce our CO2 emissions.

Models and simulations can predict many things, but the only trajectory that really matters is the path we collectively decide to take.