With the rise of touchscreen technology, it seems like handwriting is on the decline - both in everyday use and in educational settings.

According to one recent report, some British kids are even struggling to hold pens and pencils properly.

"Children are not coming into school with the hand strength and dexterity they had 10 years ago," paediatric occupational therapist Sally Payne from the Heart of England foundation NHS Trust told The Guardian.

"Children coming into school are being given a pencil but are increasingly not be able to hold it because they don't have the fundamental movement skills."

It's true that handwriting employs our hand muscles differently from the swiping and tapping motions we use to navigate the online world of today.

But when it comes to scrawling words on the page, the idea of 'correct' pencil grasp is actually way older than the iPhone - and science shows that there appears to be more than one way to correctly hold a pen.

In 1996, a handwriting research review concluded from several studies published in the 80s that "variations in handwriting grip" don't seem to be affecting how clearly or fast kids are able to write, although it recommended further testing of this idea.

A 2012 study of 120 fourth-graders revealed that amongst four basic 'mature' pencil grasp types, none came out on top as the obviously better choice. 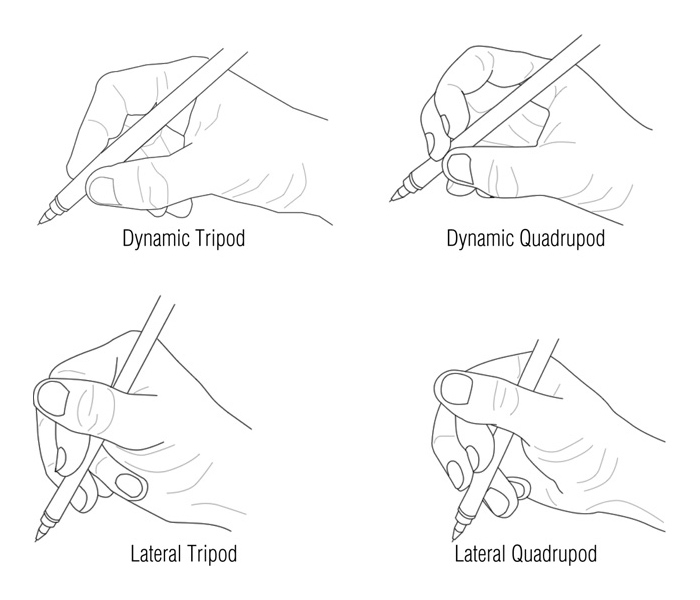 "This finding adds to the mounting body of evidence that alternative grasps may be acceptable for fast and legible handwriting," the team concluded.

So, even if your kid is not doing a perfect 'dynamic tripod', it's not necessarily a cause for worry, and so far studies don't appear to show that touchscreens have anything to do with the development of these skills.

That said, motor dysgraphia - trouble writing due to lack of fine motor skills - is a real issue, and definitely something that parents would want to address with the help of an occupational therapist.

When people talk about the decline of handwriting, it appears that most of that is actually directed at the dying art of writing in cursive - joining up all your letters with neat swirls and loops.

But researchers and teachers don't even agree on the usefulness of learning cursive in particular, with some arguing it's great for the brain, while others claim it's outdated and unhelpful.

"One problem is that handwriting is very individual in how it develops in each child," paediatric occupational therapist Mellissa Prunty from Brunel University London told The Guardian.

"Without research, the risk is that we make too many assumptions about why a child isn't able to write at the expected age and don't intervene when there is a technology-related cause."