Astronauts on the International Space Station see remarkable views of Earth every day, but one phenomenon never fails to awe them: the aurora.

European Space Agency astronaut Thomas Pesquet shared a jaw-dropping photo of the polar lights from his vantage point about 250 miles (402km) above Earth on Friday. It's among the best images of the aurora ever captured from the ISS.

The photo, which Pesquet snapped on August 20, shows green ribbons snaking across the planet, arcing high up in the atmosphere near the horizon, and fading into spikes of red light in the distance. Beneath the colorful display, clouds swirl above the ocean. 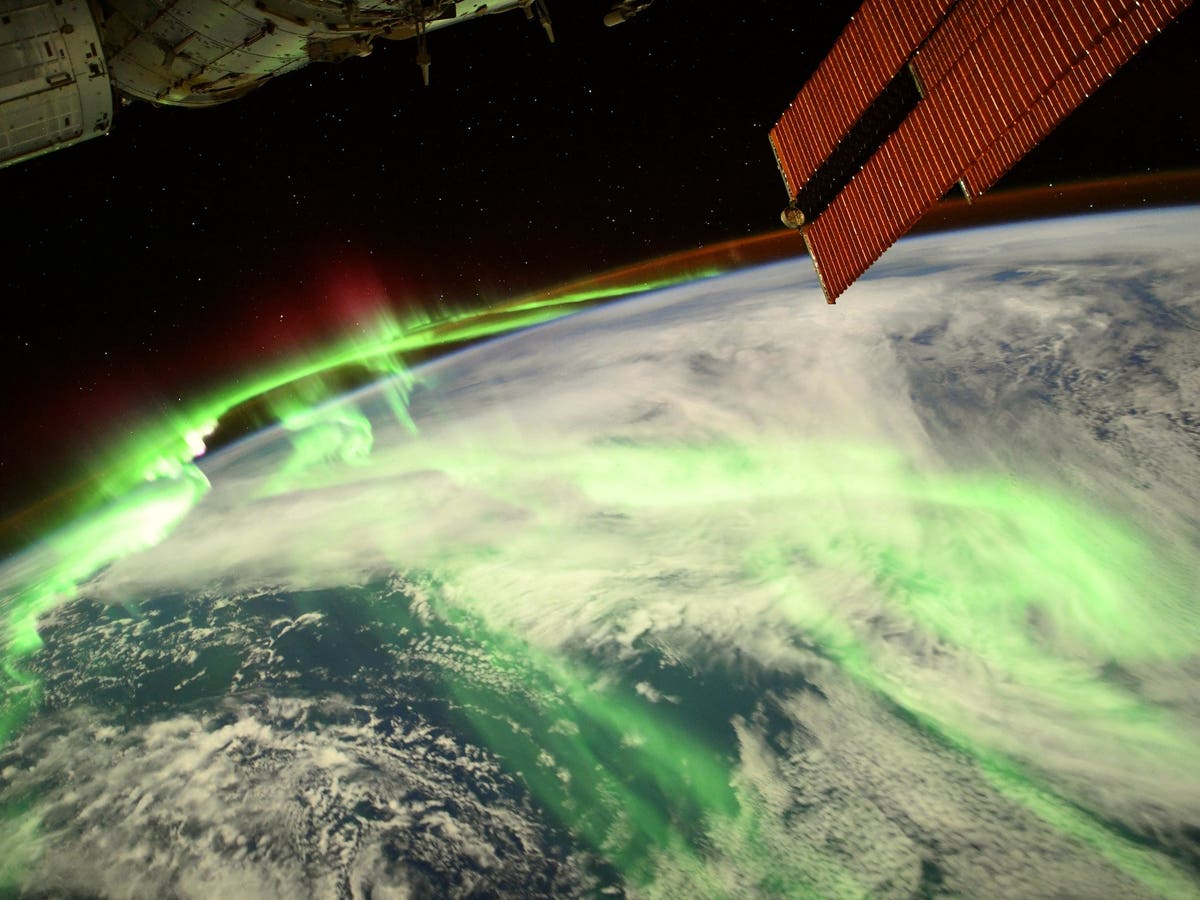 "Another aurora but this one is special as it is so bright. It is the full moon lighting up the shadow side of Earth almost like daylight," Pesquet said on Twitter.

He did not specify where on the planet these lights were, or whether they were the northern aurora borealis or the southern aurora australis.

Auroras in general are the result of charged particles from the Sun hitting our planet. The particles get channeled to the poles by the Earth's magnetic field, then interact with particles in our atmosphere.

This stream of solar wind, as it's known, is always washing over Earth, but sometimes eruptions on the Sun send bigger surges of particles, making striking auroras like this one.

Anyone orbiting Earth is likely to catch a glimpse of these lights. SpaceX's first tourist crew saw them while orbiting earlier this month.

That mission, called Inspiration4, sent four civilians into orbit for three days. The mission's commander, billionaire Jared Isaacman, responded to Pesquet's photo on Twitter, saying his crew had also seen the aurora but "not like that".

Like Isaacman's group, Pesquet also flew to space aboard SpaceX's Crew Dragon spaceship. He is part of the company's second full astronaut mission, known as Crew-2.

"I wasn't surprised by the auroras, but I was kind of bowled over by how breathtaking they really were, and how mesmerizing it was to see it with my own eyes," she said.

Pesquet and McArthur are set to return to Earth in November.