Two months before the Apollo 11 mission landed on the Moon for the first time, another NASA capsule snuck tantalisingly close - only to become lost for decades.

The Apollo 10 mission was supposed to be a "dry-run", in which all operations except the actual lunar landing were performed. With two popular cartoon characters as the mission's mascots, the command module was dubbed "Charlie Brown" and the lunar module "Snoopy" - thus named because it was destined to "snoop around" the Moon's surface from a close-by orbit.

While Charlie got to return home, Snoopy never did. Instead, the lunar module was jettisoned off into an orbit around the Sun, the only once-crewed US spacecraft to never be seen again.

Like a needle in a cosmic haystack, the odds of spotting the capsule were roughly 235 million to one. Fifty years later, on the anniversary of the Apollo 11 mission, astronomers are "98 percent convinced" they've done exactly that. 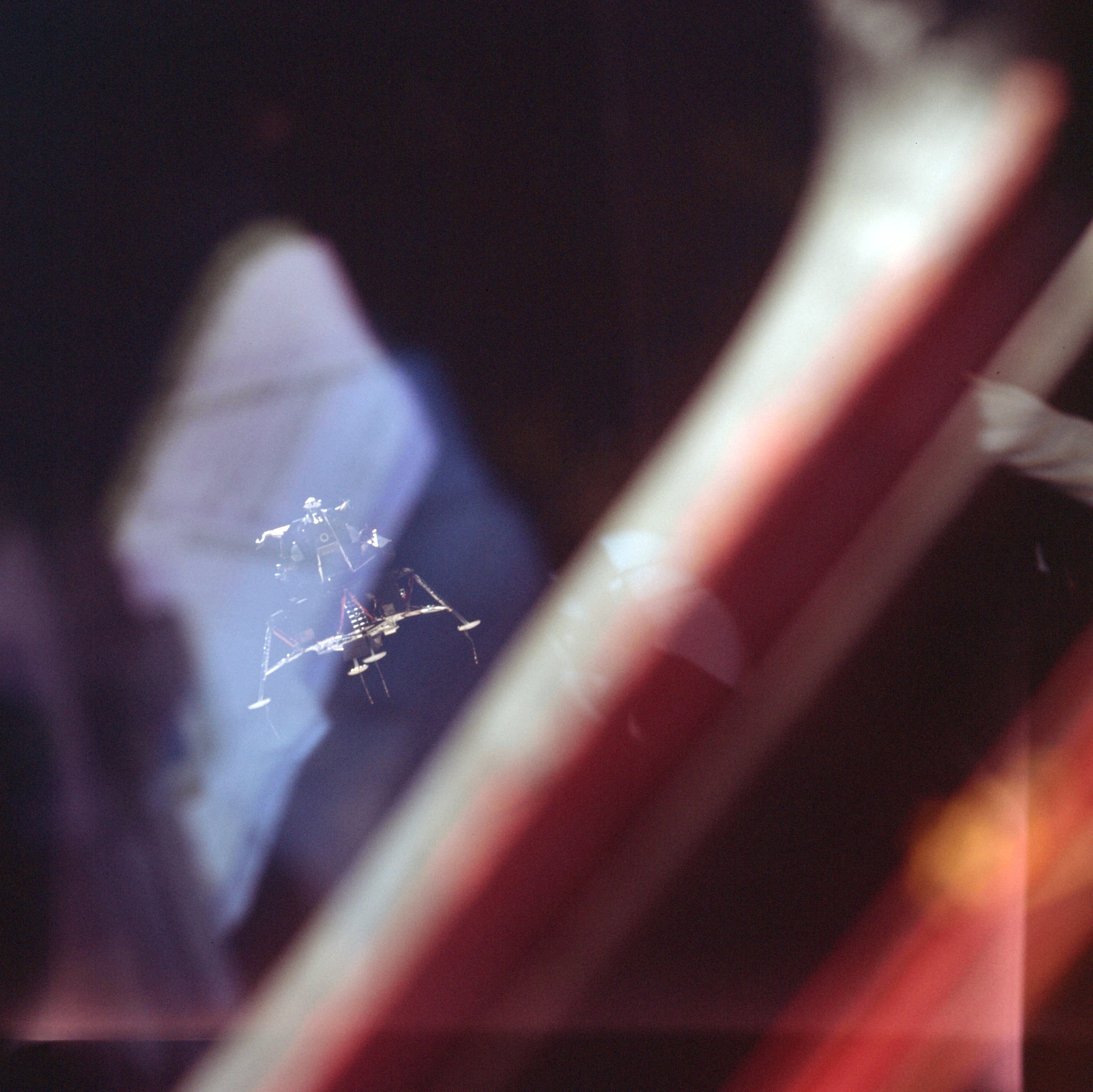 Led by amateur astronomer Nick Howes, who is a fellow at the Royal Astronomical Society, the search has been going on since 2011.

At that point, forty years after the mission, Snoopy's last known movements and orbital information had long been influenced by the Sun, Earth, and Moon's gravity. This means that astronomers, volunteers and students had to sift through terabytes of telescope data across a vast search field.

Even now, after all this work, Howes and his colleagues can't say for certain if the object they've identified is really NASA's long-lost capsule. Although this time, the odds appear to be in their favour.

"Until someone gets really close to it and gets a detailed radar profile, we can't be sure," Howes told attendees at the Cheltenham Science Festival in the UK, according to Sky.

"We've got to wait quite a few years for it to come back but once it does come back the idea is that we are going to get a really detailed picture of it. It would be a really fantastic achievement for science."

Common question..how do we know it's Snoopy ? Answer ..we don't 100% as I made clear in my talk .. it's a best guess based on the 103 obs..size ..orbit..and work by JPL scientists . Our team also working STK orbital data

The next date for Snoopy's closest approach to Earth will be about 18 years, Howe says. He does have some ideas on how we could verify and even retrieve the capsule.

"I would love to get Elon Musk and his wonderful spacecraft up and grab it and bring it down," Howes reportedly said at the conference.

"As Apollo 10 crew member Eugene Cernan said to me, 'Son, if you find that and bring it down, imagine the queues at the Smithsonian?'."

But the astronomer has also acknowledged on Twitter the costs such an endeavour would entail.

Frankly if someone said "here's $50 million to develop the mission to prove it's Snoopy" I'd genuinely reply "here's the details for a very worthy charity ..please give it to them"

Anyway ..given the problems our world currently faces .. spending millions to go out and image a lunar module from 1969 may seem very frivolous .. and the scientific value as I said in my talk.. would be minimal

Even if bringing Snoopy home isn't that high on our priority list, it's amazing to think we may have found a long-discarded piece of space exploration history, adrift out there in our Solar System.