NASA has spotted a series of strange, dark dunes on Mars that look uncannily like the dots and dashes that make up Morse code.

This isn't the first time researchers have spotted this pattern in the sands of Mars, but thanks to its unique topography, this dune field - just south of the planet's north pole - shows them in clearer detail than usual, allowing scientists to translate the message for the first time.

To be clear, this message is naturally formed - just like the dunes here on Earth, the dots and dashes of the dunes were carved out by the direction of the wind. There's no spooky alien stuff at play here, promise.

As a press release from NASA explains, what makes the patterns in this dune so prominent is the fact that it's found inside a natural circular depression, which means there's a limited amount of sand available to be pushed around by the local winds.

The long 'dashes' are formed by bi-directional winds, which means wind that's travelling at right angles to the dune.

Over time, wind coming from either direction funnels the material into a long, dark line, as you can see in the close-up image below: 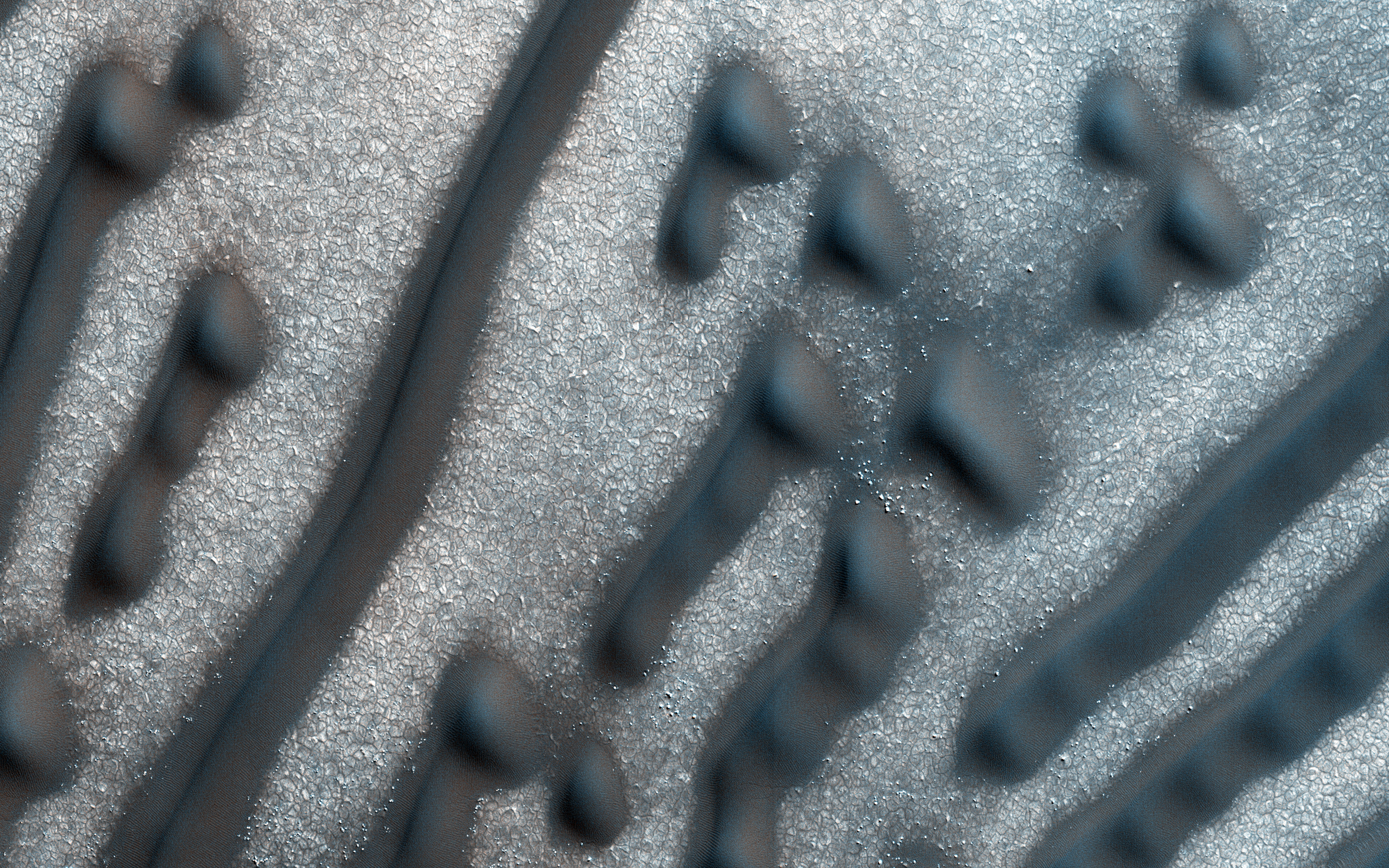 The Martian 'dots' are officially known as 'barchanoid dunes', and are a little more mysterious.

Geophysicists believe they're formed when something interrupts the production of the linear dunes - but NASA still isn't quite sure what that is, and figuring it out is part of the reason they were photographing the region.

These images were taken by the High Resolution Imaging Science Experiment (HiRISE) camera, which is on board the Mars Reconnaissance Orbiter, which has been photographing the Red Planet for the past decade.

With more observation, geophysicists are hoping that they'll be able to figure out more about how the dunes on the surface of Mars form, and what that can tell us about the potential habitability of the planet.

But while they're figuring that out, NASA planetary scientist Veronica Bray translated the Morse code message for Maddie Stone over at Gizmodo.

So what do the sands of Mars have to tell us? According to Bray:

It's very deep stuff - and not intended as anything other than a bit of geophysial fun.

But reading the sands of Mars might one day help us better understand life on the surface of our potential future outpost, so it's worth paying attention.