Australia Is Being Ravaged by The Worst-Ever Heatwave, And That Says a Lot

Australia may set a record for its hottest day this week, as temperatures soar past 104 degrees (40 Celsius) in most of the nation's major cities, with inland areas of Victoria, New South Wales and South Australia possibly eclipsing 122 degrees (50 Celsius).

The heat wave, which is unusually severe for so early in the summer, is affecting the entirety of the continent, gradually progressing eastward from Perth to Adelaide and on toward Melbourne and Sydney by Friday.

The heat is sure to aggravate the already record-shattering bush fires, which have emitted massive amounts of greenhouse gases and choked Sydney residents beneath a blanket of smoke. Health authorities in New South Wales are warning them to stay indoors during the day's heat.

"When we average temperatures over the country, we're seeing some extremely high values coming up in the forecast," Blair Trewin, a senior climatologist with Australia's Bureau of Meteorology (BOM), said in a video posted to the agency's website.

Some of the records that have either already fallen or are expected to be toppled include:

According to BOM, extreme heat is Australia's top weather-related killer.

Preliminary results suggest that the 17th December was Australia's hottest day on record at 40.9 ºC, with the average maximum across the country as a whole, exceeding the previous record of 40.3 ºC on the 7th January 2013. https://t.co/TKwWBuFPgJ pic.twitter.com/xOFpokoXos

Bush fires continue to burn out of control

As the heat peaks in southeastern Australia, it will make the job tougher for thousands of firefighters deployed to mega-fires such as the Gospers Mountain blaze raging across nearly 1 million acres to the northwest of Sydney.

Smoke from this fire and others has periodically shrouded the country's largest city in noxious smoke, posing serious health risks, particularly for the young and for those with asthma or other chronic conditions, as well as for the elderly.

This blaze is so large and is burning across such a variety of terrain that Rural Fire Service firefighter Brian Williams told the Sydney Morning Herald that it's impossible to contain. 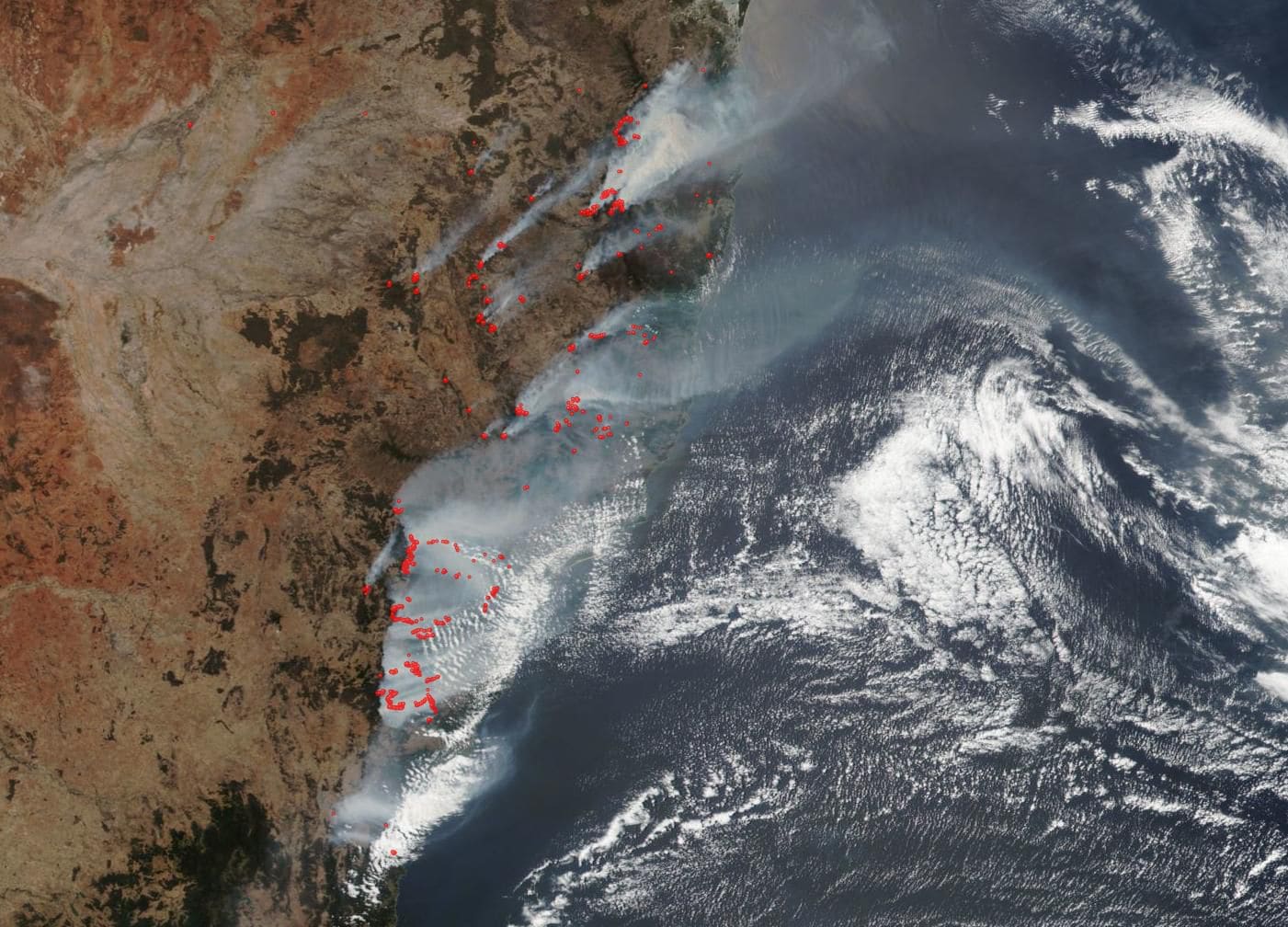 "It's such an enormously big fire, it's beyond human ability to control," Williams said.

The bush fires stretch north into Queensland and southwest into Victoria. All of these areas are expected to see a sharp uptick in fire risk with the heat wave, particularly heading into the weekend.

Climate studies have shown clear and causal links between bush fires — as well as wildfires in the United States — and long-term global warming. Climate change helps escalate fire risk by drying out vegetation and making it more flammable, among other effects.

Tracing the heat to the Indian Ocean, with a push from global warming 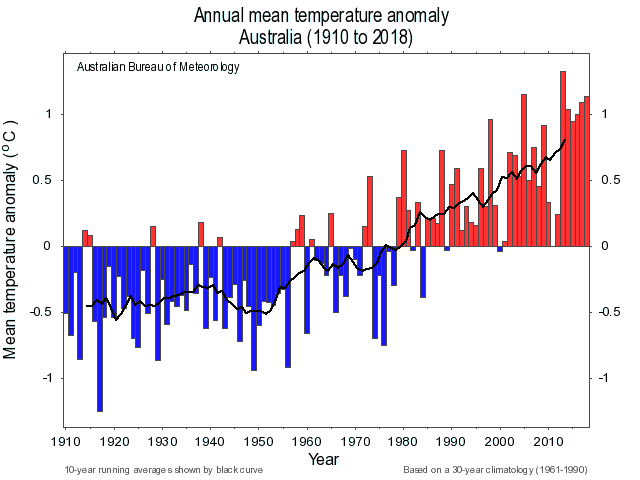 When the IOD is in its positive phase, the water is cooler than average off the coast of Sumatra, leading to reduced atmospheric lift there and reduced rainfall over Australia, and there are warmer-than-average waters off the coast of Africa.

This year has seen a record positive IOD, and this helped make the January to October period the second-driest such period on record in Australia.

"It's on track to be one of the driest years on record for Australia," Trewin said, "so you don't have any soil moisture or air moisture to moderate the heat."

A positive IOD the past two years has meant drier-than-average conditions in much of Australia. The Bureau of Meteorology found that it's unusual to have back-to-back years with a positive dipole, which helps influence precipitation patterns across South Asia and Oceania.

This natural climate cycle is changing over time as ocean and air temperatures rise in response to increased amounts of greenhouse gases in the air because of human activities, namely the burning of fossil fuels for energy.

"While the IOD is a natural mode of variability, its behaviour is changing in response to climate change. Research suggests that the frequency of positive IOD events, and particularly the occurrence of consecutive events will increase as global temperatures rise," the bureau stated.

Long-term climate trends in Australia show sharp warming and an increase in extreme heat events. Last summer, for example, was the country's hottest on record, and the meteorology bureau found that climate change exacerbated extreme heat events as well as droughts during the year.

Australia has warmed by just over 1.8 degrees (1 Celsius) since 1910, with most of the warming occurring since 1950. The BOM has found there was an increase in the frequency of extreme heat events and severity of drought conditions during this period as well.

Eight of Australia's top 10 warmest years on record have occurred since 2005, and 2019 is likely to join that list.