A curious kind of bacteria found on the floor of the deep ocean might have a metabolism unlike anything we've seen before.

Known as Acetobacterium woodii, scientists in Germany claim that this species, which also lives in the intestines of termites, can both create and use hydrogen and carbon dioxide to produce energy all on its own, even without the need for oxygen.

The ability to survive on organic and inorganic substances alike without oxygen makes this bacterium quite unique among microorganisms, and while scientists have long suspected something like this existed, it's never been clearly described among acetogenic bacteria, which produce methane free from oxygen.

"There have already been speculations that many ancient life forms possess the kind of metabolism that we have described in A. woodii," microbiologist Volker Müller from Goethe University Frankfurt explains.

"This is assumed, for example, for the Asgard archaea that were just discovered a few years ago on the seabed off of California. Our investigations provide the first evidence that these paths of metabolism actually exist."

Hydrothermal vents were only discovered in the late '70s, and since then we've come to realise these strange habitats are home to complex and dynamic forms of life, including mats of bacteria several centimetres thick, which feed on inorganic compounds like hydrogen and sulphide, as they rush up through the subsurface.

In fact, this might be one of the largest reservoirs of diverse hydrogen-converting microorganisms in the world, and, as a result, it's thought that some of these creatures may have metabolic systems unlike anything we've seen before.

The thing is, excess hydrogen inhibits the fermentation process, and even the weakest hydrothermal vents easily exceed the levels needed to harbour fermentative bacteria. So how is it that such microbes exist down here?

Apparently, the answer lies in sticking together. If one bacteria that produces hydrogen teams up with another microorganism that oxidises hydrogen, like methane-producing archaea, then the latter can maintain good environmental conditions for the former to live and reproduce. 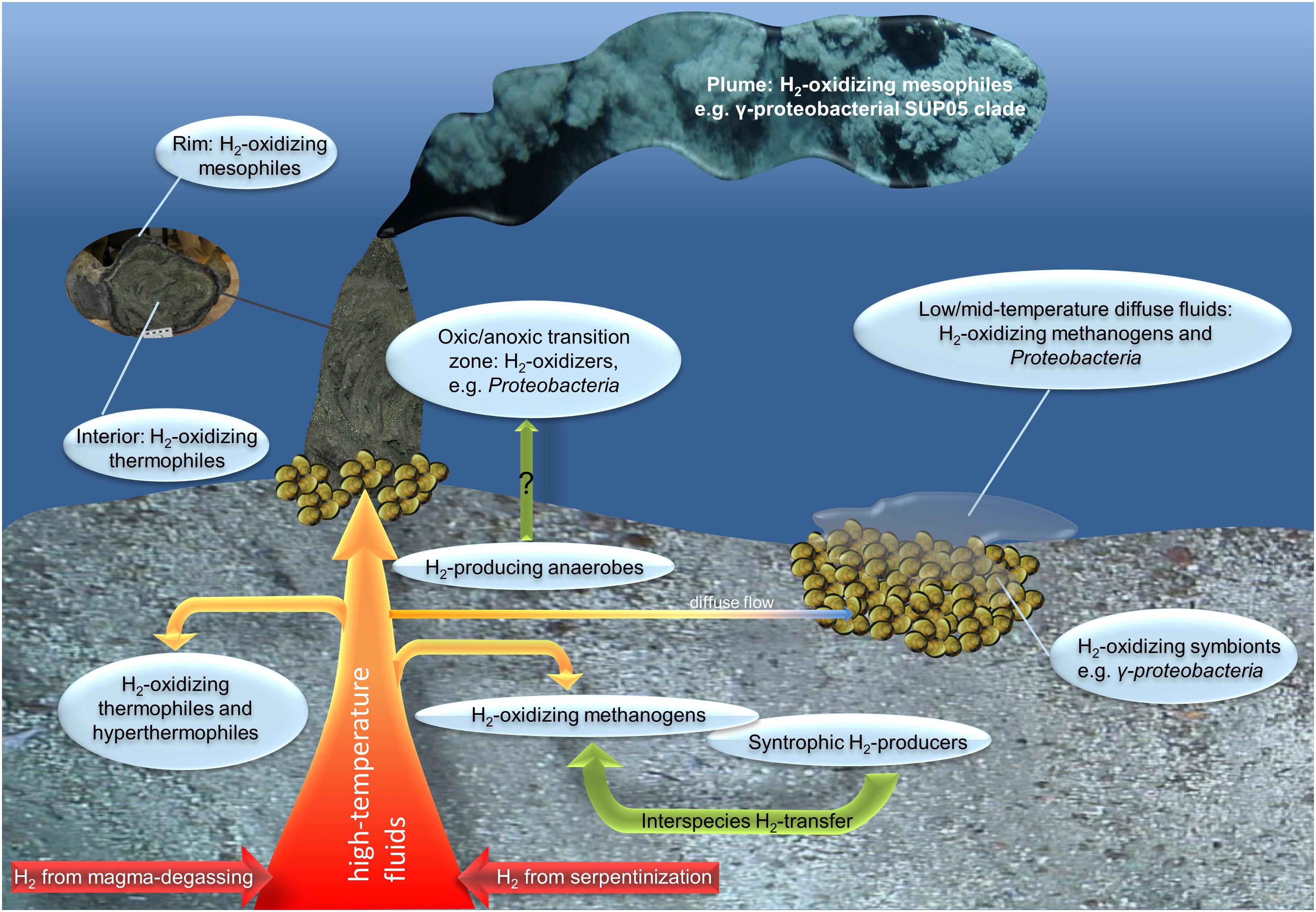 (Adam and Perner, Frontiers in Microbiology, 2018)

It's a helpful little friendship - or syntrophic relationship - deep under the sea, but while this is probably the dominant kind of fermentation that occurs in these environments, it may not be the only one.

The new analysis essentially claims to have found a microorganism capable of playing both roles in just one bacterial cell.

"In contrast, A. woodii combines the metabolic features of two syntrophic partners in one bacterial cell," the authors of the analysis conclude.

"Depending on the environmental conditions A. woodii can play the part of the fermenting partner… or the hydrogen consuming partner."

It's unclear exactly how the bacteria achieve this, but the authors postulate one pathway ferments organic substrates into acetic acid, alcohols, and molecular hydrogen, while another pathway acts as an 'electron sink' for the exterior environment, making fermentation energetically possible by forming acetic acid from CO2 and hydrogen.

Turning off the gene that controls the enzyme responsible for hydrogen production, researchers found the bacterium could only grow on a fructose substrate if external hydrogen was added. Further tests revealed that both paths are connected to hydrogen that does not leave the cell.

While this double metabolism may exist in other bacteria, the system is much less common. A. woodii has a lower hydrogen threshold, and it can't produce as much energy from converting CO2 to methane as methanogenic archaea.

This means active acetogenic bacteria are probably less abundant at these vents, and that may be why they've evaded our notice until now.

"Though the 'hydrogen recycling' we discovered, A. woodii possesses a maximum of metabolic flexibility," says one of the team, molecular microbiologist Anja Wiechmann.

"In one cycle, it can both create and use hydrogen itself, or utilise hydrogen from external sources."

The study was published in The ISME Journal.