Beneath the Antarctic ice, Weddell seals play in underwater caverns. Resplendent quetzals deliver food to their young in a Costa Rican cloud forest. And an elephant gazes at a photographer as her herd quenches its thirst by the edge of a waterhole.

Even as hurricanes and wildfires wreak havoc on much of the globe, the natural world is still full of beauty. The images in the 2017 Wildlife Photographer of the Year contest are a perfect reminder of that.

The contest is developed and produced by the Natural History Museum, London. One hundred images were selected from more than 50,000 contest entries from 92 countries around the world.

The selection that we've published below are finalists in various categories - and two of the photos were taken by kids between the ages of 11 and 14.

The competition's winners will be announced October 17, and the full exhibition will be on display in London from October 20, 2017 through the spring of 2018.

For those who can't go see the prints in person, here are 13 of the most stunning wildlife photos of 2017.

This brown bear cub in Alaska's Lake Clark National Park just wanted to play and wrestle with its mother. 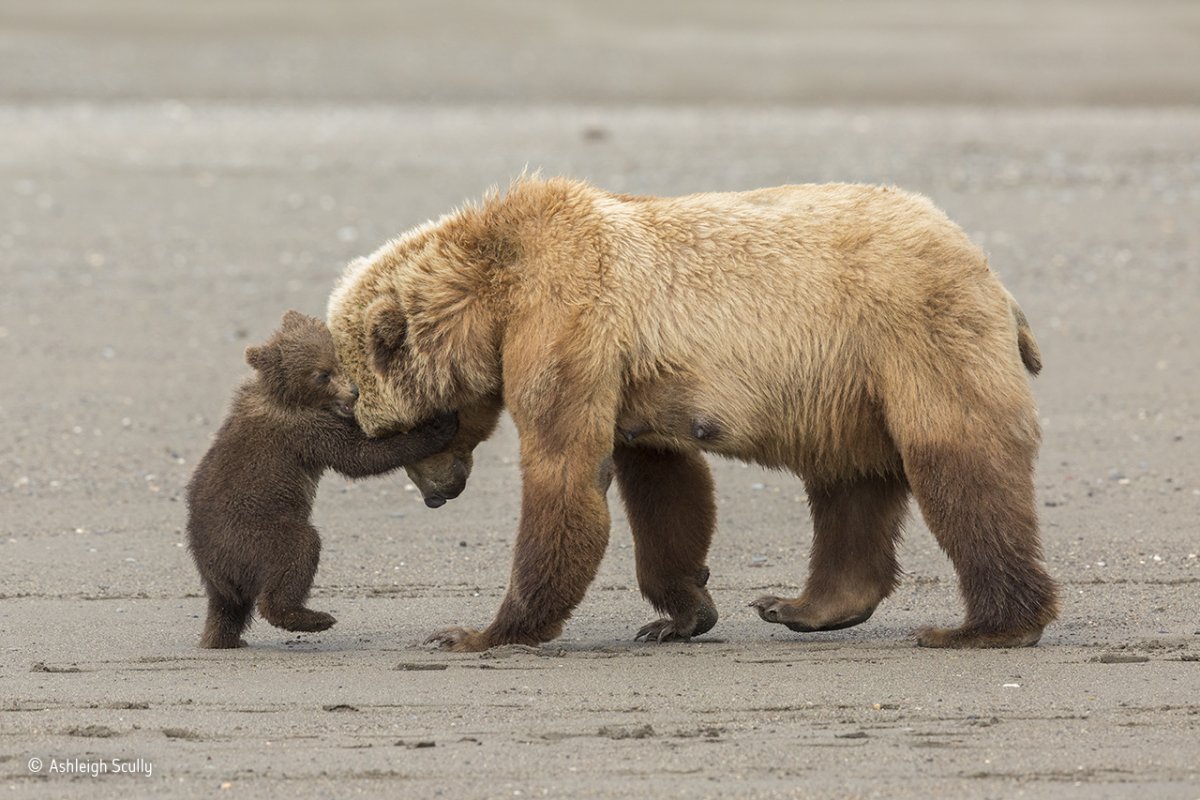 Soaked through by days of constant rain, this bald eagle was photographed at Dutch Harbor on Amaknak Island in Alaska.

This Iberian lynx, spotted in the Sierra de Andújar Natural Park in southern Spain, is a rare creature that feeds almost exclusively on rabbits. 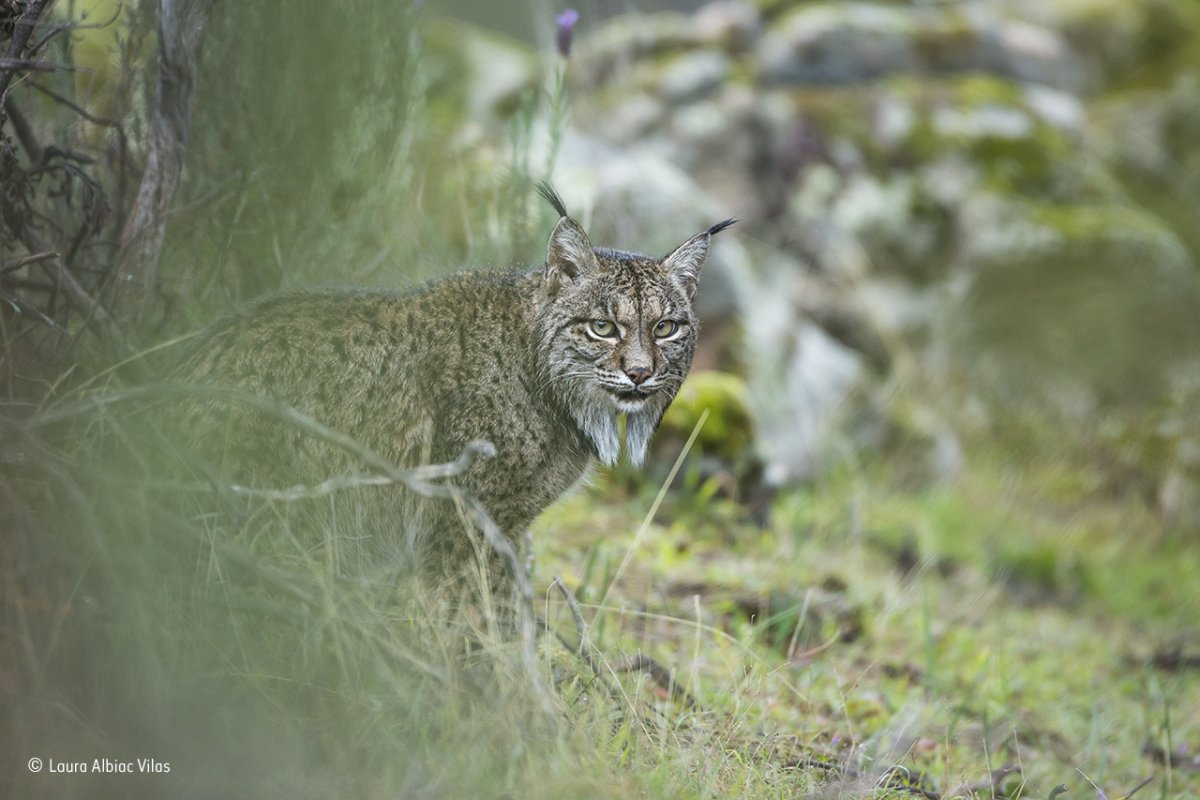 This resplendent quetzal was seen in the Costa Rican cloud forest of San Gerardo de Dota. It fed its chicks fruits and insects day after day, eventually using food to entice them to leave the nest. 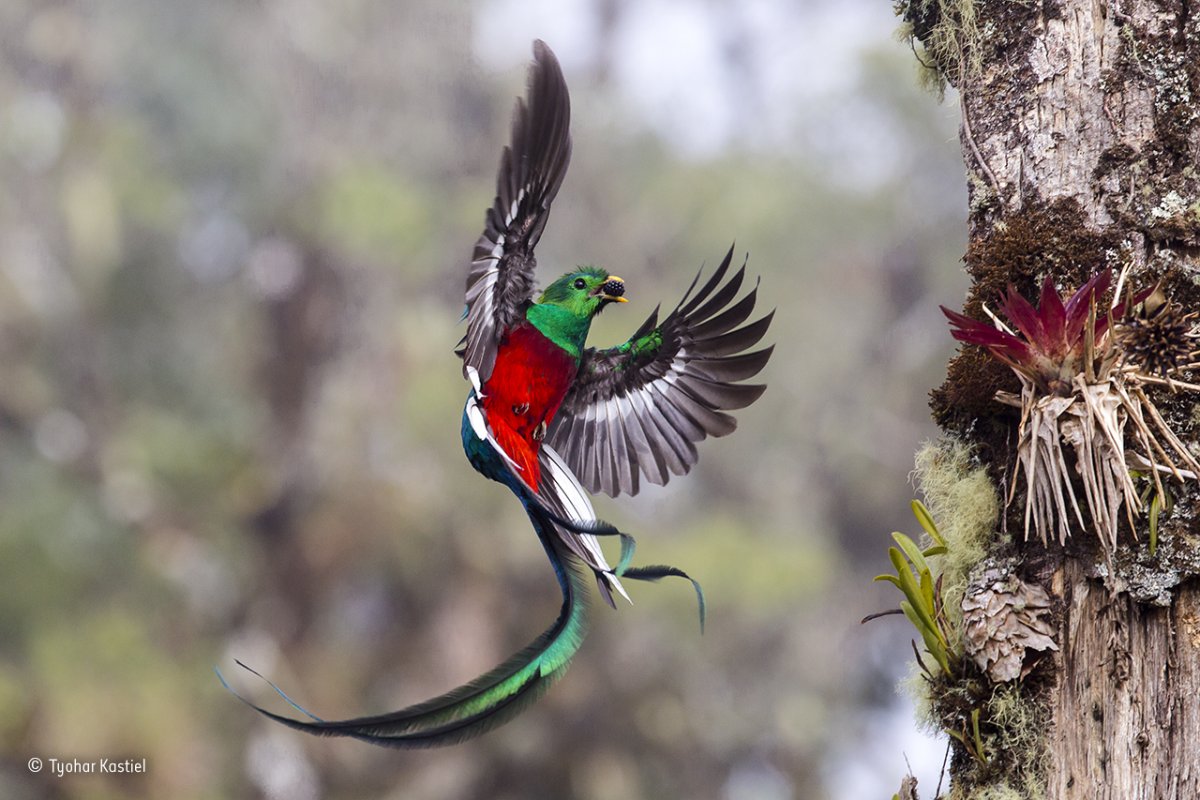 Photographer Andrey Narchuk was surprised when he jumped into the Sea of Okhotsk in the Russian Far East and found himself surrounded by mating sea angels, swirling in the current.

An Arctic fox, photographed on Wrangel Island in the Arctic Ocean, managed to snatch a treasure from the nest of a snow goose. It's likely to bury the egg in the tundra, where it will stay preserved. 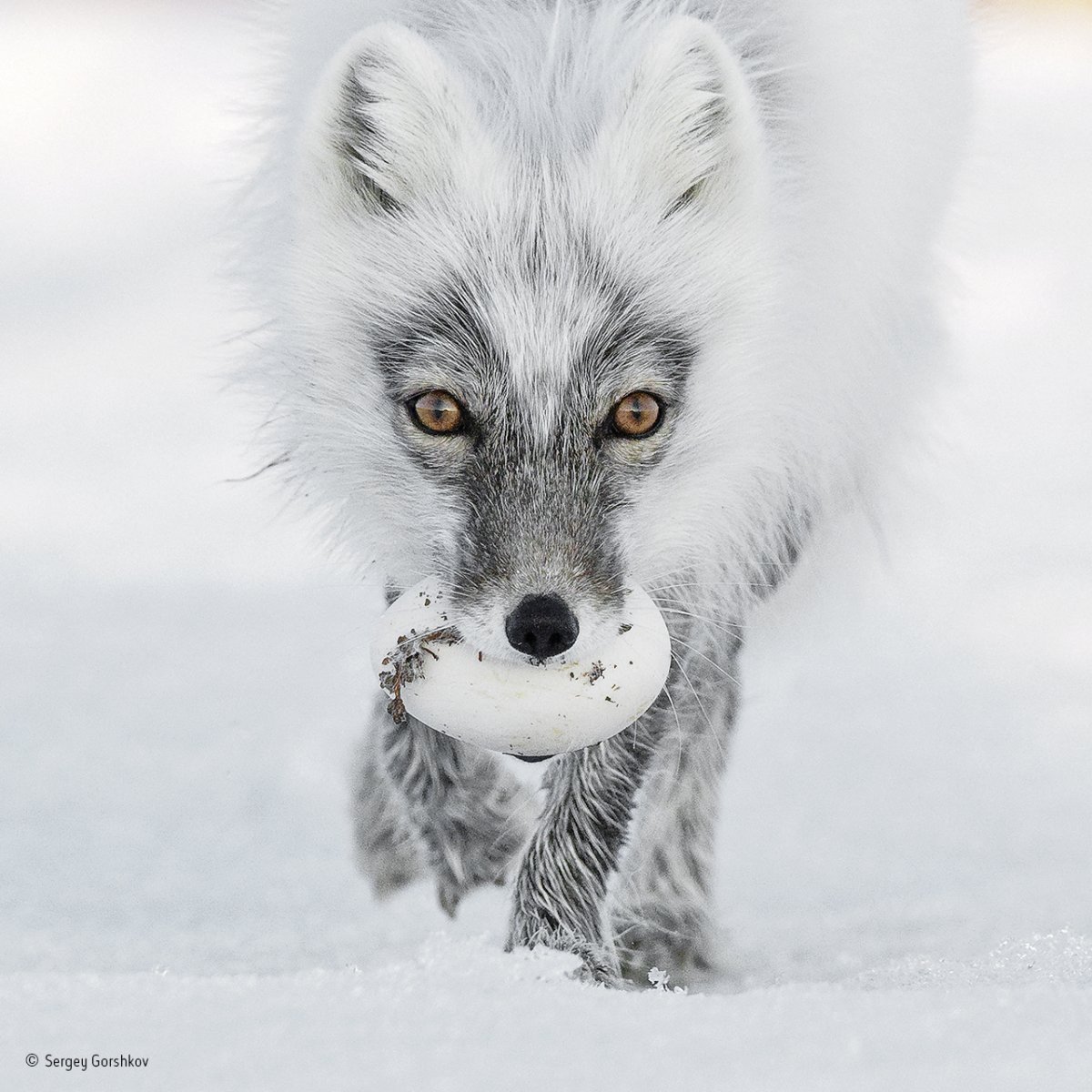 In Arizona's Sonoran Desert National Monument, these saguaro cacti grow for up to 200 years. They spread as far underground as they stand above it in order to absorb rainfall. 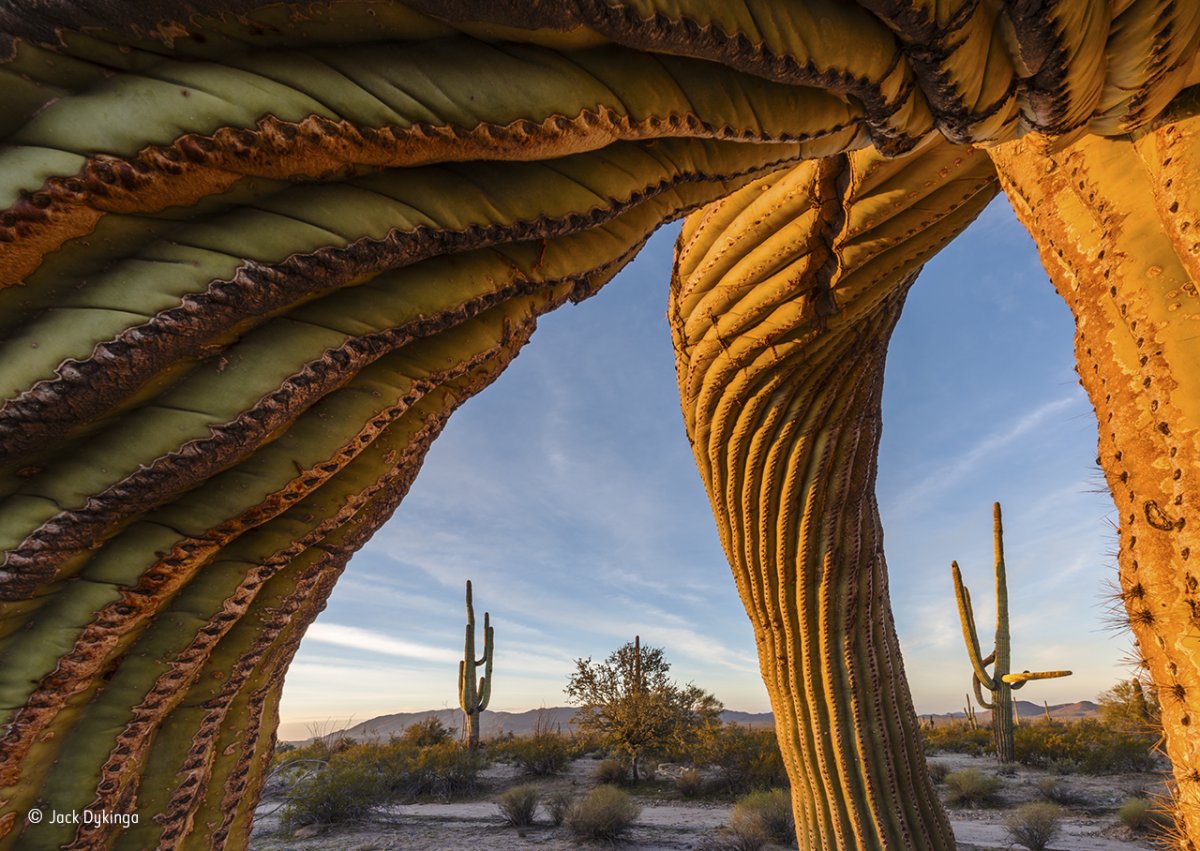 This Sumatran tiger cub was saved from a snare in a rainforest in Aceh Province on the Indonesian Island of Sumatra by an anti-poaching patrol. 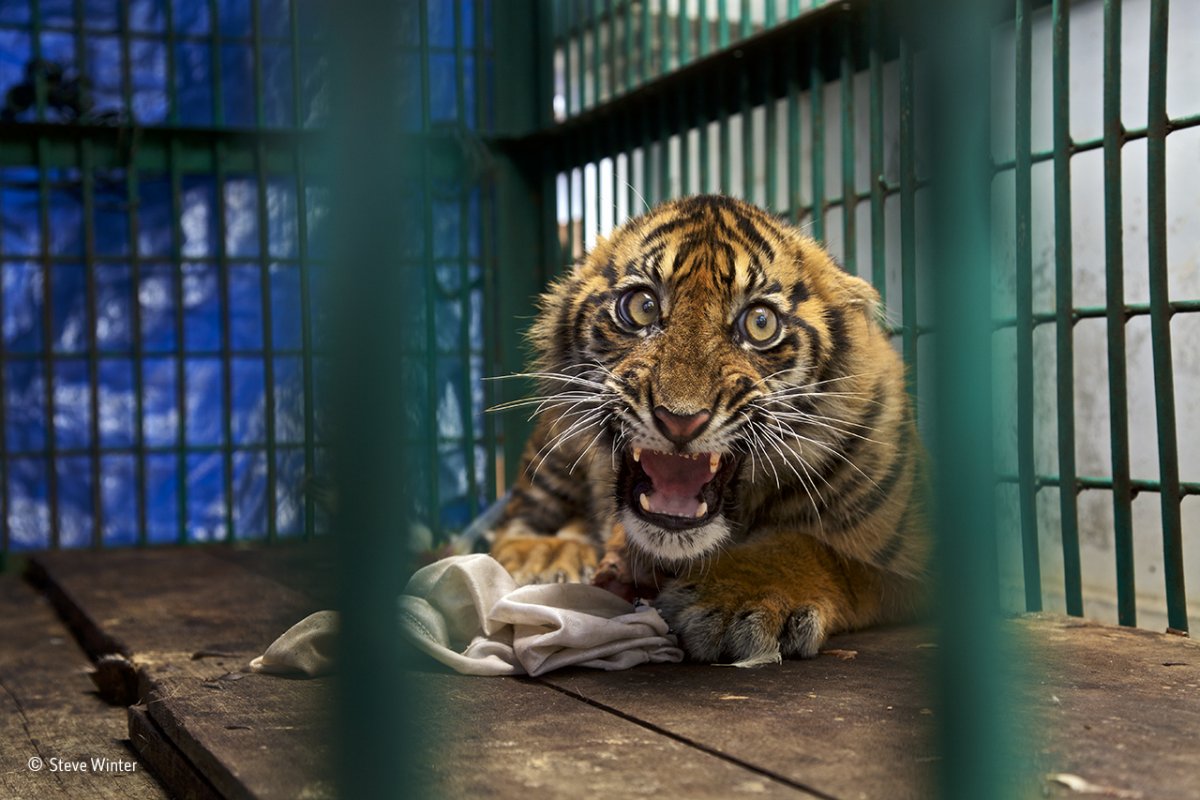 This tiny seahorse near Sumbawa Island, Indonesia, abandoned the seagrass it was holding when the tide came in bearing plastic and sewage. Instead, it grabbed onto this plastic and cotton raft.

In east Antarctica, a mother Weddell seal introduced her pup to the underwater frozen labyrinth. 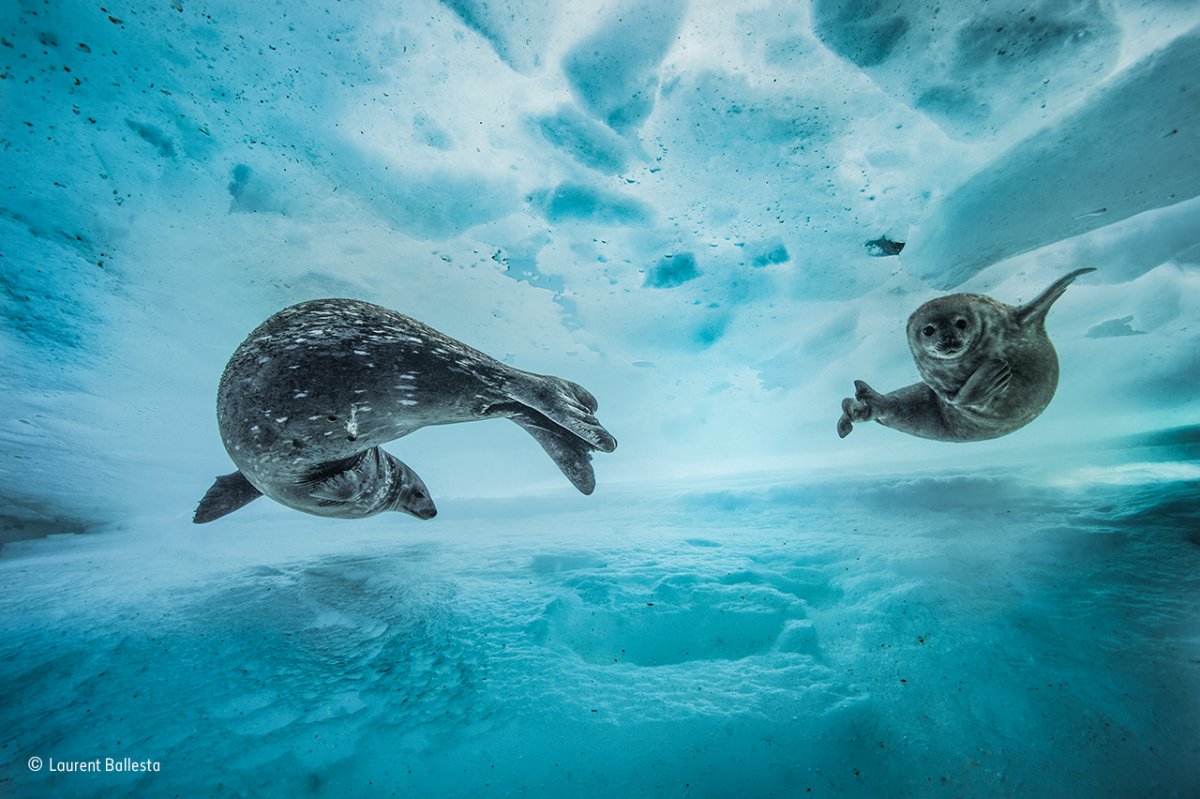 These clown anemonefish are protected by a stinging anemone in Lembeh Strait in North Sulawesi, Indonesia. Peeping out from their mouths, you can see a parasitic crustacean living inside them. 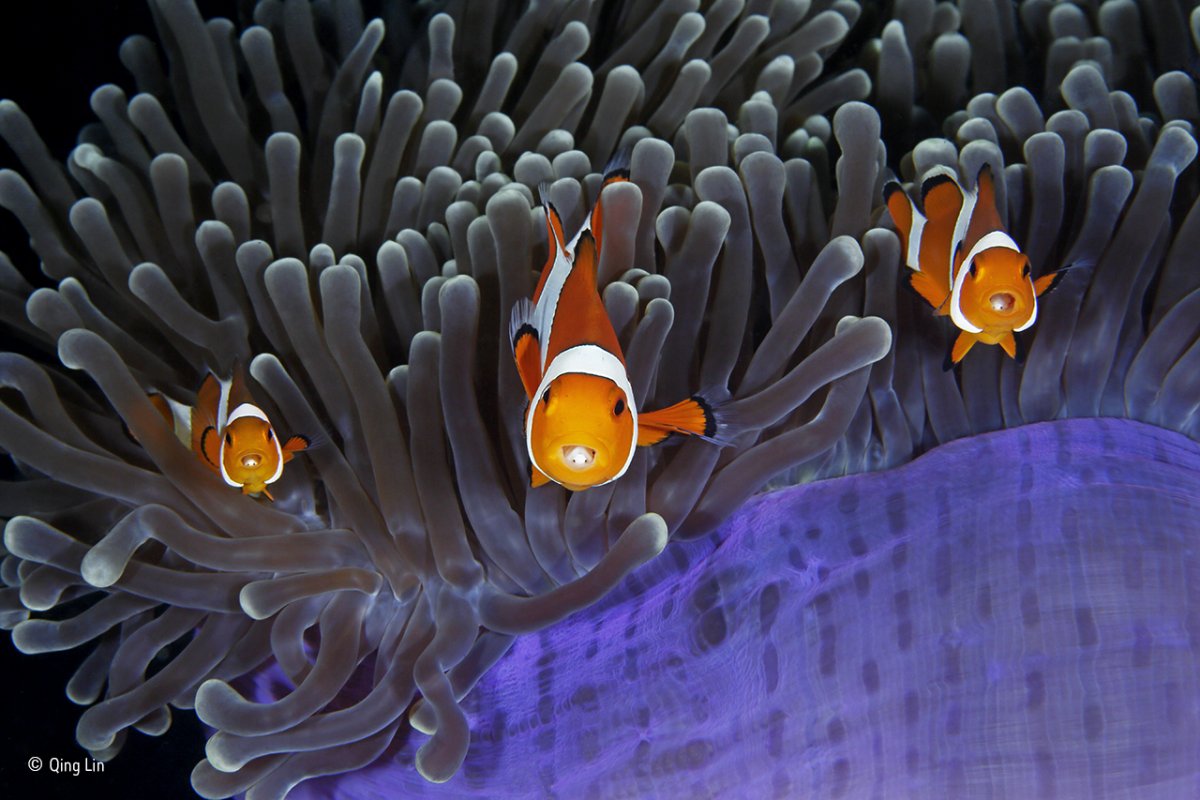 "The insiders" by Qing Lin, China. Finalist: Under Water. (Qing Lin/Wildlife Photographer of the Year)

This elephant in Kenya's Maasai Mara National Reserve led her herd on its evening trek to a waterhole. She was most likely the matriarch of the group. 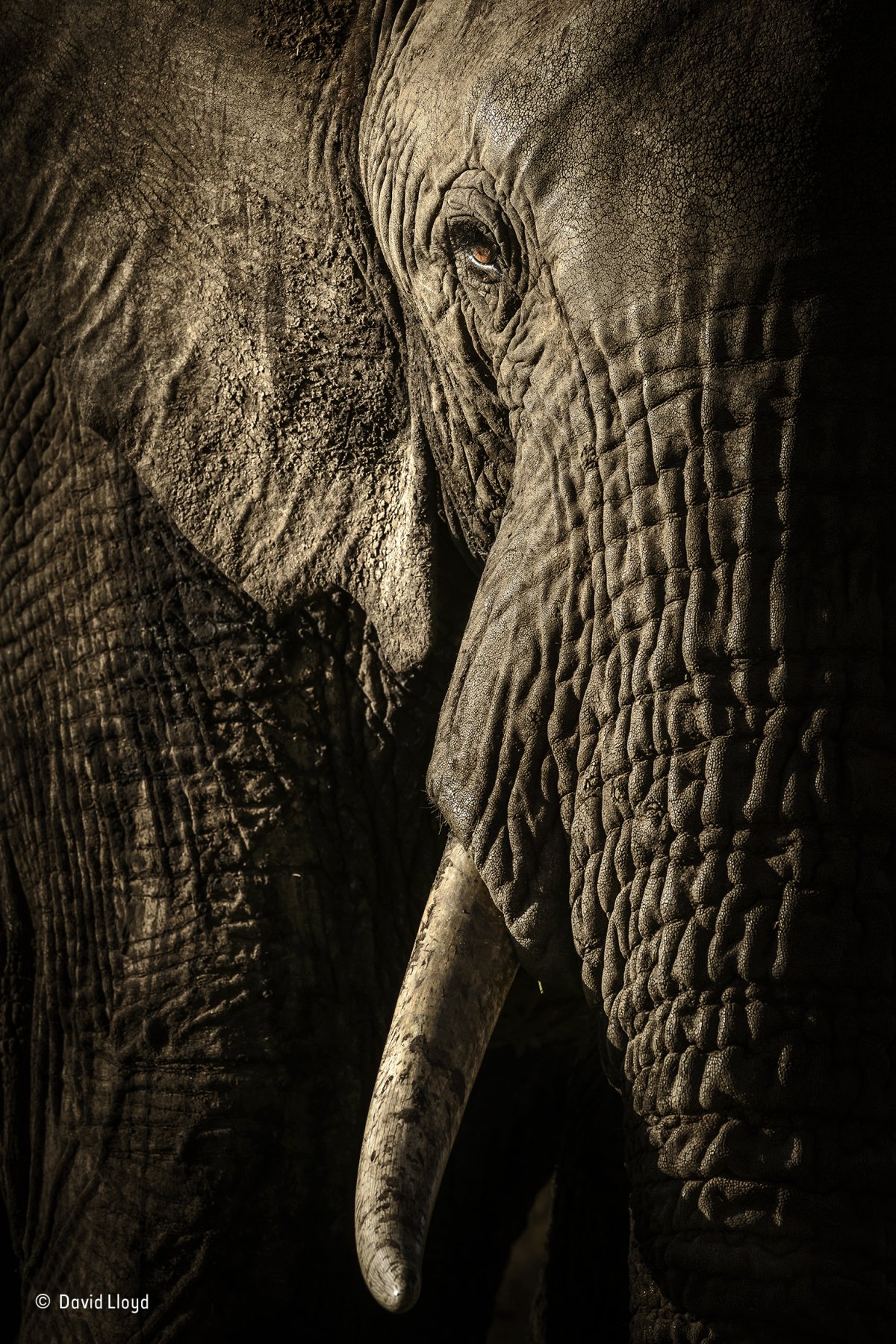 "The power of the matriarch" by David Lloyd, New Zealand/UK. Finalist: Animal Portraits. (David Lloyd/Wildlife Photographer of the Year)

This shot of a red squirrel in southern Sweden was captured as the creature took a moment of rest in between its time searching for food.