Boeing's new Starliner unmanned spacecraft returned to Earth on Sunday, landing in the New Mexico desert in the United States six days early after a clock problem scuppered a rendezvous with the International Space Station.

NASA hailed the aborted flight as a success, despite its failure to reach the ISS on what was meant to be a final dress rehearsal before a crewed mission.

Images broadcast by NASA showed the spacecraft touching down, cushioned by airbags, after a pre-dawn descent slowed by three large parachutes.

"We had some challenges, but a lot of things did in fact go right," NASA Administrator Jim Bridenstine told reporters, describing the landing as an "absolute bull's-eye".

"We did not make it to the International Space Station. We did not dock, but the spacecraft flew exceptionally well. We've got a lot of data to review."

The Starliner capsule was launched Friday from Cape Canaveral in Florida, but shortly after separating from its Atlas V launch rocket, its thrusters failed to activate as planned, preventing it from reaching a high enough orbit.

The space station orbits at an altitude of about 400 kilometers (250 miles) above sea level.

As the craft had burned too much propellant, Boeing and NASA were forced to guide the Starliner back to Earth.

"Maybe it's acceptable to go next step - fly the crew flight test, but we have to go through the data first," Steve Stich, deputy manager of NASA's Commercial Crew Program, said.

"We tested a majority of the core system of the vehicle… We had a little issue with the timer in the beginning."

The test flight was a key part of NASA's plans to end US dependence on Russia for space rides.

Its flight troubles also dealt a fresh reputational blow to Boeing, which faces a safety crisis in its commercial air division.

The company is reeling from two fatal crashes of its 737 Max airliner. The crashes, in October 2018 in Indonesia and in March 2019 in Ethiopia, claimed a total 346 lives.

Boeing plans to suspend production of the plane in January. 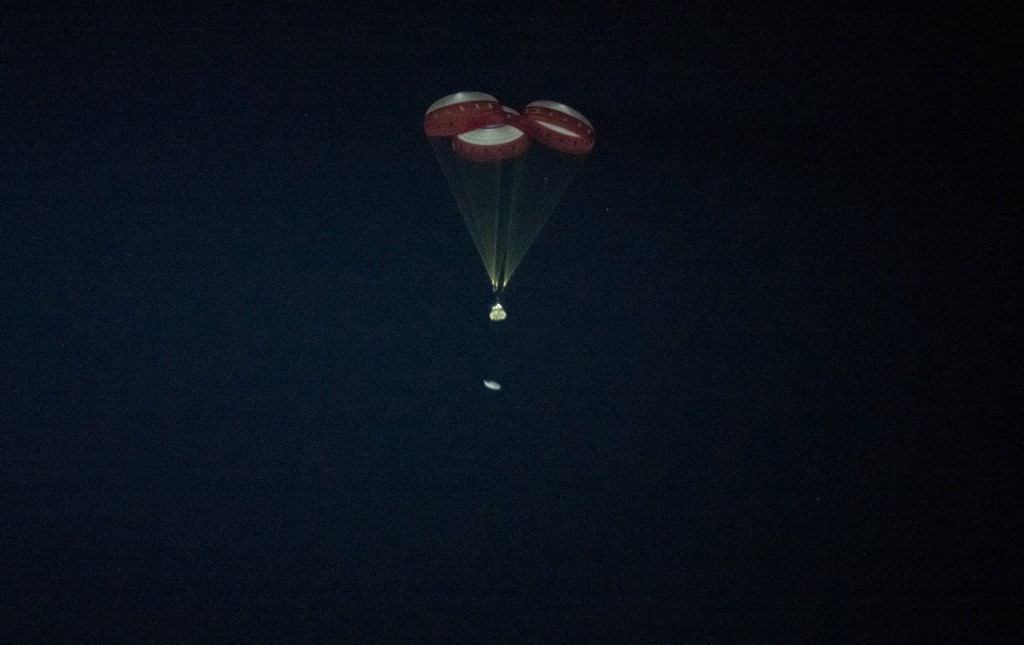 The Starliner was able to establish a communications link with the ISS, and to test its docking mechanism, solar panels, batteries, thrusters and heat regulation system.

Its heat shield protected the capsule during re-entry, when temperatures outside the vehicle rose to over 1,600 degrees Celsius (2,900 degrees Fahrenheit) due to friction.

In a test in November, only two of the three parachutes opened, although they proved sufficient for the landing.

NASA said the Starliner had landed in excellent condition and would now be refurbished ahead of a decision on whether to carry out another test flight or to trust that the vehicle was safe to carry astronauts.

Starliner's first crewed flight had been scheduled for early 2020. That development was much-anticipated as NASA has been forced to rely on Russian Soyuz rockets to transport its astronauts to the space station since the Space Shuttle program was shuttered in 2011 after 30 years.

Under former president Barack Obama, NASA opted for a shift in how it operates.

Instead of owning the hardware, it hired private companies to take over, awarding Boeing and SpaceX billions of dollars to develop "Made in the USA" solutions.

The Crew Dragon, developed by SpaceX, is expected to be ready for launch next year.

NASA has committed to pay $8 billion to Boeing and SpaceX, which in return are to deliver six trips carrying four astronauts each from now to 2024.

Starliner carried a test dummy called "Rosie" after 'Rosie the Riveter', the star of a campaign aimed at recruiting women to munitions factory jobs during World War II.

Rosie was packed with sensors to verify the voyage would be safe for future teams of humans.