A small study has found evidence that religious and spiritual experiences activate the reward circuits in our brains in a similar way to love, sex, gambling, drugs, and music.

The research on 19 Mormon subjects found that, when they were asked to "feel the spirit", their brains lit up in a very familiar way - almost as if they'd taken a hit of a drug, or listened to their favourite song.

To be clear, this was a very small study, involving only 19 young Mormon adults, so we can't read too much into the results just yet, because despite the headlines out there, there's not enough evidence to claim that "This is your brain on God."

But they're among the first results to show how individuals' brains respond to the idea of God, providing a fascinating insight into the important role religion plays in human mood and decision-making.

"We're just beginning to understand how the brain participates in experiences that believers interpret as spiritual, divine or transcendent," said lead researcher Jeff Anderson from the University of Utah.

"In the last few years, brain imaging technologies have matured in ways that are letting us approach questions that have been around for millennia."

Whether you subscribe to religious beliefs or not, it's undeniable that religion has been a major shaping force on human society throughout the ages. So understanding the way it makes people feel provides important insight into one of the biggest influencers on our species.

To get an idea of what was going on, the researchers worked with 19 members of the Mormon church aged under 40, including 7 females and 12 males. All of them described themselves as devout and had completed one or two years of full-time missionary work.

They were put in an fMRI scanner and shown a variety of content meant to get them to "feel the spirit" - an important aspect of the religion that refers to a feeling of peace and closeness with God in oneself and others. These feelings are what Mormons base a lot of their decision-making processes on.

Throughout, participants were asked to describe what they were experiencing.

Almost universally, they reported a response similar to an intense worship service, including feelings of peace and physical sensations of warmth. Many were in tears by the end of the scan, the researchers note.

Their brains were being scanned the whole time, and the results showed an interesting pattern. The regions that lit up were part of the reward circuit of the brain, which researchers also know is stimulated by things like drugs, junk food, and sex. 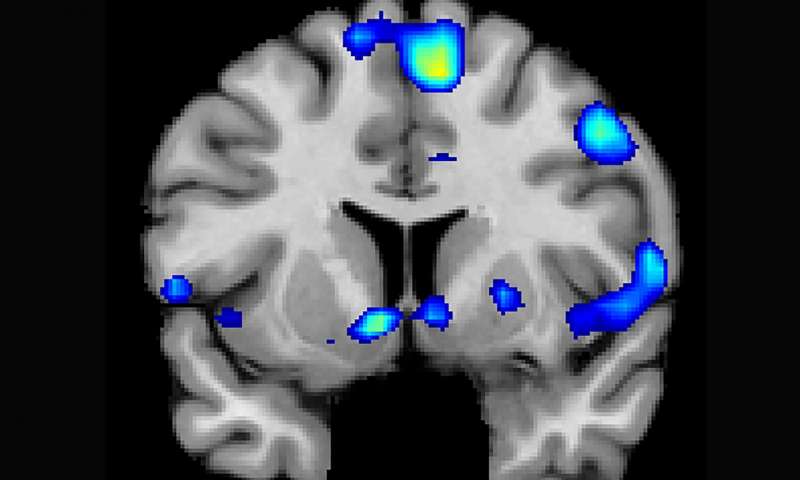 This part of the brain is known as the nucleus accumbens, which is also referred to as the 'reward centre', because it controls feelings of addiction and plays a role in the release of the 'feel-good' hormone dopamine.

To investigate further, the team asked participants to push a button when they felt a peak spiritual feeling, and the brain scans showed that peak neurological activity occurred about 1 to 3 seconds before they pushed the button.

Their heart rates also sped up, and breathing deepened at the same time.

"When our study participants were instructed to think about a saviour, about being with their families for eternity, about their heavenly rewards, their brains and bodies physically responded," said team member Michael Ferguson.

Other regions that lit up were the medial prefrontal cortex - a region associated with tasks involving valuation, judgement, and moral reasoning - and also parts of the brain involved in focussed attention.

Again, it's important to note that this is just one small study on one particular religion - we have no evidence as yet if the brains of people in other religions would react in the same way.

But this is one of the first studies to look into the neuroscience of western spiritual practices, and it's just the start of the project the University of Utah team has planned.

In the future, they hope to find out more about how religion affects the human brain - seeing as it's one of the most important driving forces in many people's lives.

"Religious experience is perhaps the most influential part of how people make decisions that affect all of us, for good and for ill," said Anderson. "Understanding what happens in the brain to contribute to those decisions is really important."

The results have been published in Social Neuroscience.