Jupiter's atmosphere is a swirling, colourful, chaotic mix-up of currents and eddies. Thanks to NASA's Juno spacecraft, we know that Jupiter's swirling bands of clouds can extend deep into the planet. They go as deep as 3,000 km (1900 miles.)

Jupiter's atmosphere is the deepest of any planet in the Solar System. Jupiter has no solid surface, but the atmosphere is generally considered to end at the point where the pressure reaches 100 kPa (1.0 bar). Though what scientist call the cloud layer may only be about 50 km (30 miles) deep, Jupiter's atmospheric bands can extend down to a much greater depth. 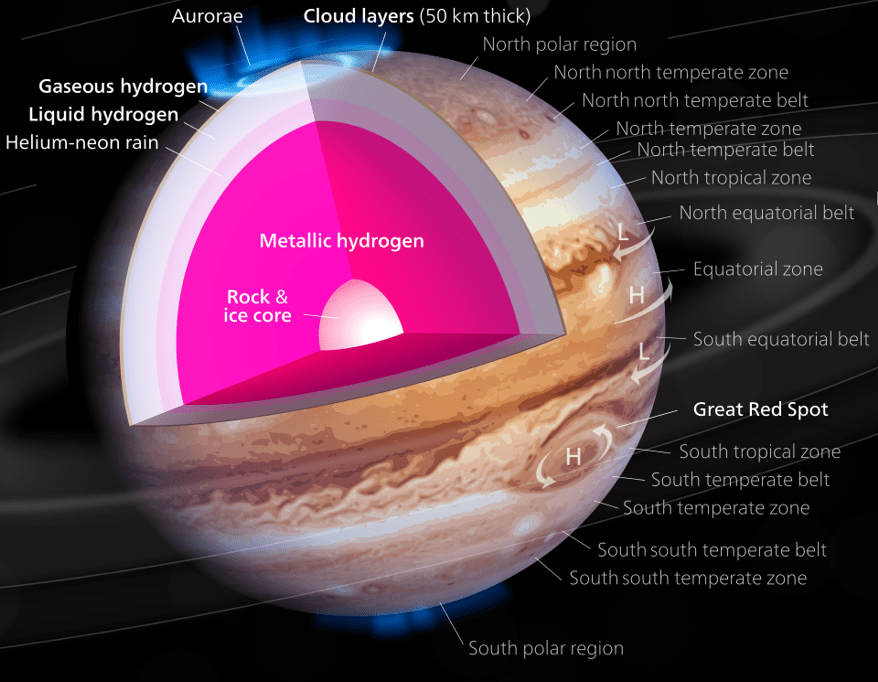 If this sounds a little confusing, it's because Jupiter's atmosphere and internal structure are very complex.

This new image of bright spots rising up above the rest of Jupiter's clouds comes from citizen scientist Gerald Eichstädt. Eichstadt used an image from Juno's JunoCam to create this enhanced-color image.