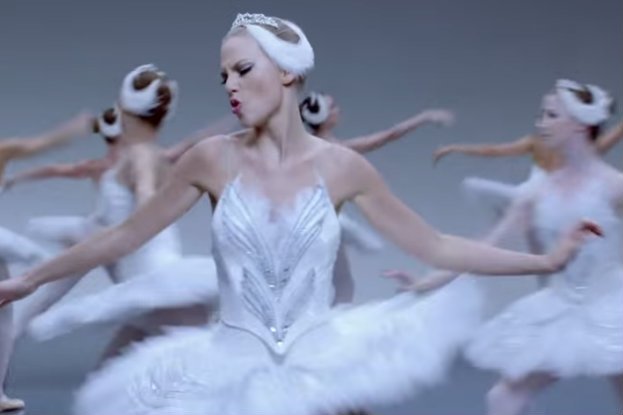 If you look more like an awkward robot than Kevin Bacon in Footloose when on the dancefloor, don’t feel bad - there may be a scientific explanation for your inability to dance. New research suggests that you could be ‘beat-deaf’ - which means you're simply incapable of moving to the rhythm of music.

To investigate if there was a biological excuse for all those clumsy dancers out there, researchers from McGill University and the University of Montreal in Canada compared two people with suspected beat-deafness to 32 control participants. The participants were asked to tap their feet evenly without any sound, which they all managed to do easily. This ruled out a general motor deficit. But when music was added, the beat-deaf participants weren’t able to keep in sync with the time changes, the team reports in the journal The Philosophical Transactions of the Royal Society.

The team concluded that beat-deafness, though very rare, is a disorder that affects how the body's internal biological rhythms change to react to external cues. Biological rhythms are the natural patterns that allow us to perform activities such as eating and sleeping. Other rhythmic behaviours are driven by external cues, such as when we moderate our walking speed to match our partner's.

The findings suggest that beat-deaf individuals are less able to synchronise their biological rhythms with an external cue, which could explain why they find it difficult to tap their feet or dance to music.

“While most people can adapt their rhythms in response to an external cue, some people are less able to do that”, said Caroline Palmer, psychologist and lead researcher, in a press release. “We tested what makes beat-deaf individuals different, by seeing how people whose biological rhythms may not respond normally to external cues adapt to an external beat.”

In a separate study published last week, scientists explored the link between a child’s ability to assess a musical rhythm and master various grammar exercises. The results revealed that children who performed well in one skill also performed better than average in the other skill, suggesting that music could benefit a child’s learning ability.

Many studies have shown the benefits of understanding rhythm in other aspects of our life, such as multi-tasking and academic performance. It's fascinating that most of us evolved to have an innate biological clock which programs responses to external rhythms, but what does it mean for those who are beat-deaf?

While being rhythmic is a great talent to have, for all the rhythm-less people out there, remember that there’s scientific explanation to justify your bizarre dance moves.