China Just Sprouted The First-Ever Plant on The Moon

China says it has grown the first plants on the Moon as part of its historic mission to the far side.

China landed its Chang'e 4 spacecraft on the Moon's far side on January 3, becoming the first nation to do so. It has now achieved another first: a seed successfully germinating while on the Moon.

Sprouts from cotton seeds have emerged from a lattice-like structure in a metal canister inside the lander, China said.

Xie Gengxin, the scientist who led the experiment's design, said on Tuesday that it was "the first time humans have done biological growth experiments on the lunar surface," The Guardian reported.

Alongside the cotton seeds were those to grow potatoes, yeast, rapeseed, and other plants, scientists at Chongqing University who led the mission said, adding that those would provide oxygen and food for other living things to consume.

Xie said the cotton could eventually be used to make clothing, the potatoes could feed astronauts, and the rapeseed could produce oil, the South China Morning Post reported.

These plants were chosen because they are small, able to withstand high and low temperatures, and resistant to radiation, the Chongqing University scientists said. 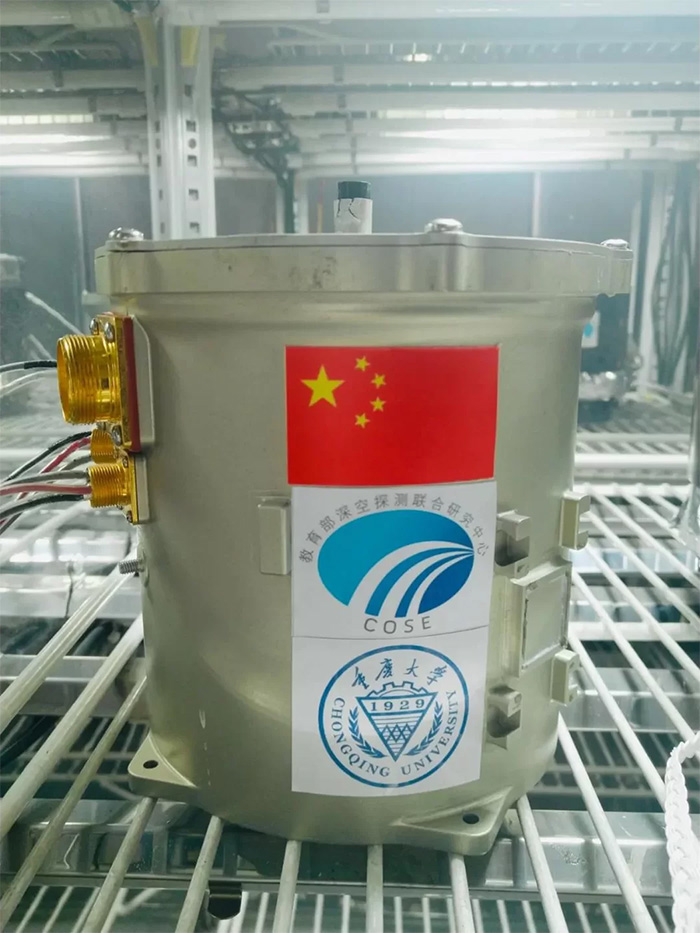 The capsule used to grow plants on the Moon. (Chongqing University)

Xie said the experiment would allow scientists to learn how plants can grow in the "low gravity, strong radiation and natural lighting conditions of the Moon," according to the university.

Fred Watson, the Australian Astronomical Observatory's astronomer at large, described the development to the BBC as "good news".

"It suggests that there might not be insurmountable problems for astronauts in future trying to grow their own crops on the Moon in a controlled environment," he said, adding, "I think there's certainly a great deal of interest in using the Moon as staging post, particularly for flights to Mars, because it's relatively near the Earth."

China's space agency has said the objective of its mission to the far side of the Moon is to learn more about the area – including about things like mineral composition and the structure of its surface – as well as about the sun, other planets, and the origin of the stars.

The far side of the Moon, which humans know much less about than the side that faces the Earth, is often mistakenly called the "dark" side, though it is not actually deprived of light.