China Just Extracted Gas From 'Flammable Ice', And It Could Lead to a Brand New Energy Source

For the first time, Chinese engineers have successfully extracted natural gas from icy deposits beneath the South China Sea.

Just last year, China's government announced that geologists had found new reserves of methane hydrate - also known as 'flammable ice' - and now it looks like they've managed to harvest some of it, bringing the world a step closer to harnessing this untapped energy source.

Methane hydrate is a fascinating substance that looks like ice, but actually consists of methane trapped inside a lattice of water molecules. If you put a match to it, it won't just melt - it will actually catch fire.

These solid gas deposits are found in places where low temperature and moderate pressure combine to trap methane in this specific way, such as the bottom of the ocean under hundreds of metres of water.

"If gas is present at sufficient concentrations beneath the seafloor within the gas hydrate stability field, you'd expect it to be in the form of hydrates," New Zealand-based geoscientist, Ingo Pecher from the University of Auckland, told ScienceAlert.

But that stability field is easily disrupted if you change either pressure or temperature, releasing all that trapped methane into the water. That's why successfully extracting gas from methane hydrates is such a big deal for engineers.

The gas deposits are densely packed - 1 cubic metre of methane hydrate can release 164 cubic metres of natural gas if brought to the surface, making it a valuable fuel resource. 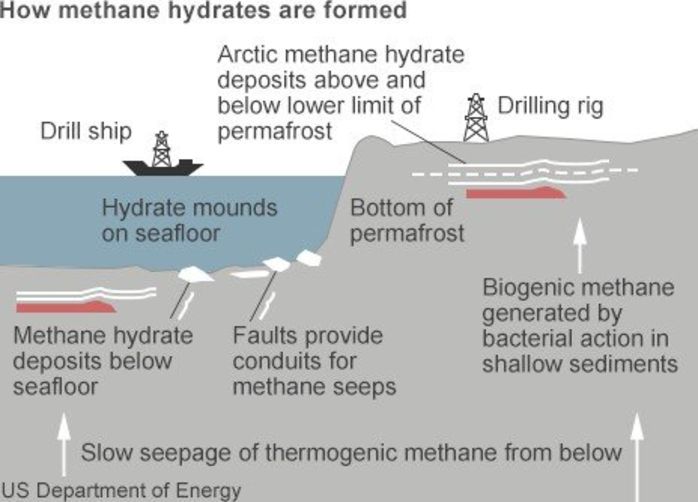 Researchers think there could be immensely abundant gas hydrate reserves all around the world, possibly exceeding all other fossil fuels combined. But there's no single estimate on how much we're talking here, and not all those reserves are practical.

"In low concentrations, they are quite common on continental margins," says Pecher. "However, gas hydrate deposits that could be of commercial interest are less common."

Yet there's certainly a great deal of commercial interest. These deposits only started attracting attention in the late 70s, and so far, there's been little success in extracting them from marine sediment.

Japan - a massive importer of energy - was the first to make a breakthrough with their pioneering gas extraction from undersea flammable ice back in 2013.

But the test ran into problems almost immediately, and it was only earlier this month that Japan's Ministry of Economy, Trade and Industry was able to announce another success. 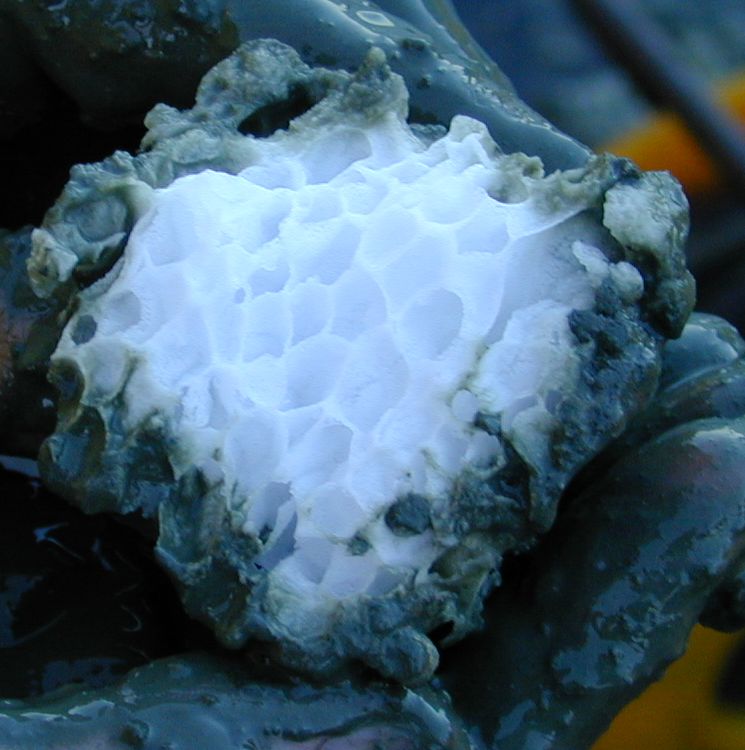 Now China has announced that their floating gas extraction platform in the South China Sea has borne highly promising results, and not just for experimental purposes, but for potential commercialisation.

Engineers drilled to the bottom of the sea and depressurised the hydrates right there, bringing the gas to the surface. According to reports in Chinese media, they managed to get as much as 35,000 cubic metres of gas a day.

"Compared with the results we have seen from Japanese research, the Chinese scientists have managed to extract much more gas in their efforts," chemical engineer Praveen Linga from the National University of Singapore told the BBC.

Countries such as US, Japan, China, India and South Korea have invested hundreds of millions of dollars into exploring methane hydrates, but they've all been slow-going in developing the most cost- and energy-efficient method of extraction.

China's latest success is a promising step towards commercialisation of this energy-intensive fuel source. But is it even worth it, considering natural gas is still a fossil fuel, and those are on the way out?

Drilling to the bottom of the sea for flammable ice is not without risks. Environmental impacts are still being investigated (after all, we've only done few extractions so far), but there's potential for methane to escape into the atmosphere if something goes wrong.

Methane is a super-potent greenhouse gas with up to 36 times more global warming potential than carbon dioxide.

Just poking at these 'frozen' gas deposits won't necessarily release all that stuff into the atmosphere or even into the oceans - gas hydrate extraction is different from the climate change process that's causing permafrosts to release methane.

But messing with methane deposits on the seafloor could also affect the local ecology down there, and scientists are now looking into that, too.

Despite the potential risks, Ingo Pecher says he personally thinks it's a good idea to develop methane hydrates as a fuel resource, because when we burn gas, we produce fewer emissions.

"In order to reduce CO2 emissions starting now, not in 20 to 30 years, we need to promote switching from coal to natural gas," he told ScienceAlert.

"Natural gas from hydrates may play a key role for such a switch in many parts of the world."