A Lima zoo is racing to save dozens of seabirds, including protected penguins, left covered in oil after 6,000 barrels of crude spilled off Peru's coast in the aftermath of the Tonga tsunami.

More than 40 birds, including Humboldt penguins – listed as vulnerable by the International Union for Conservation of Nature – were brought to the Parque de Las Leyendas zoo after being rescued from polluted beaches and nature reserves.

"We are doing everything we can. It is not a common occurrence and we are doing our best."

A team of veterinarians is caring for the birds, bathing them with special detergents to remove the suffocating oil.

The animals have also been given anti-fungal and anti-bacterial drugs, as well as vitamins. 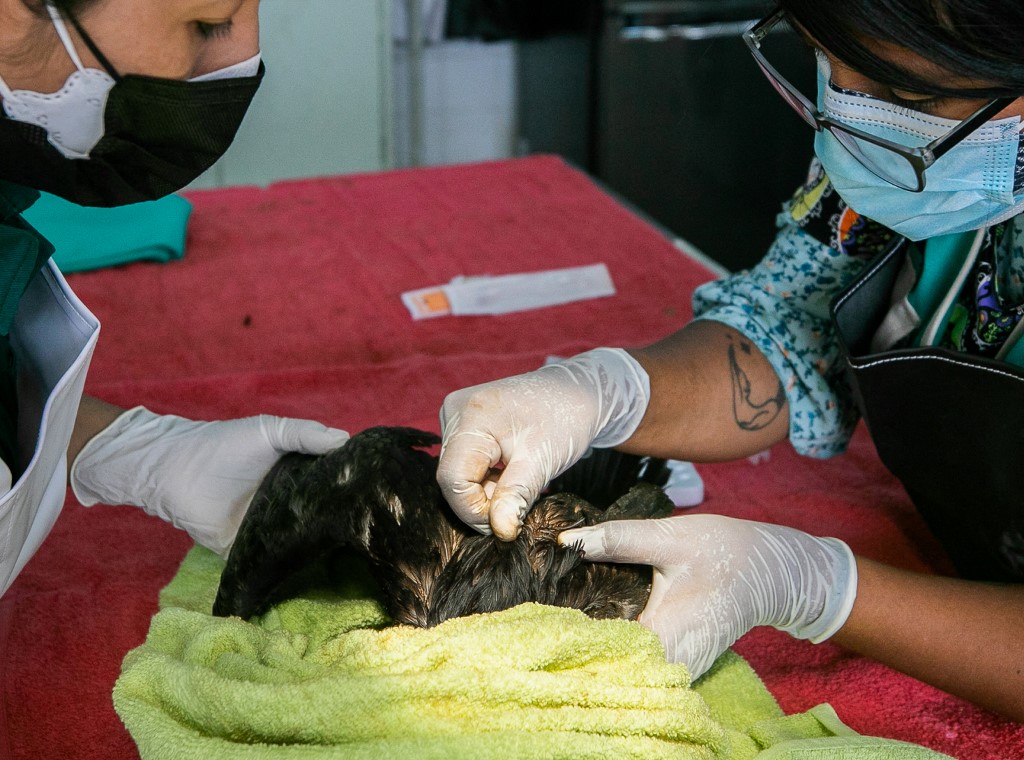 "We have never seen anything like this in the history of Peru," said Bermudez, while tending to a bird.

"We didn't think it was going to be of this magnitude."

Peru has declared an environmental emergency after almost a million liters (264,000 gallons) of crude spilled into the sea last Saturday when a tanker was hit by big waves while offloading at a refinery.

The abnormally large waves were triggered by the eruption of an undersea volcano near the archipelago of Tonga, thousands of kilometers (miles) away.

The spill near Lima has fouled beaches and harmed the fishing and tourism industries, and crews have been working non-stop to clean up the mess. 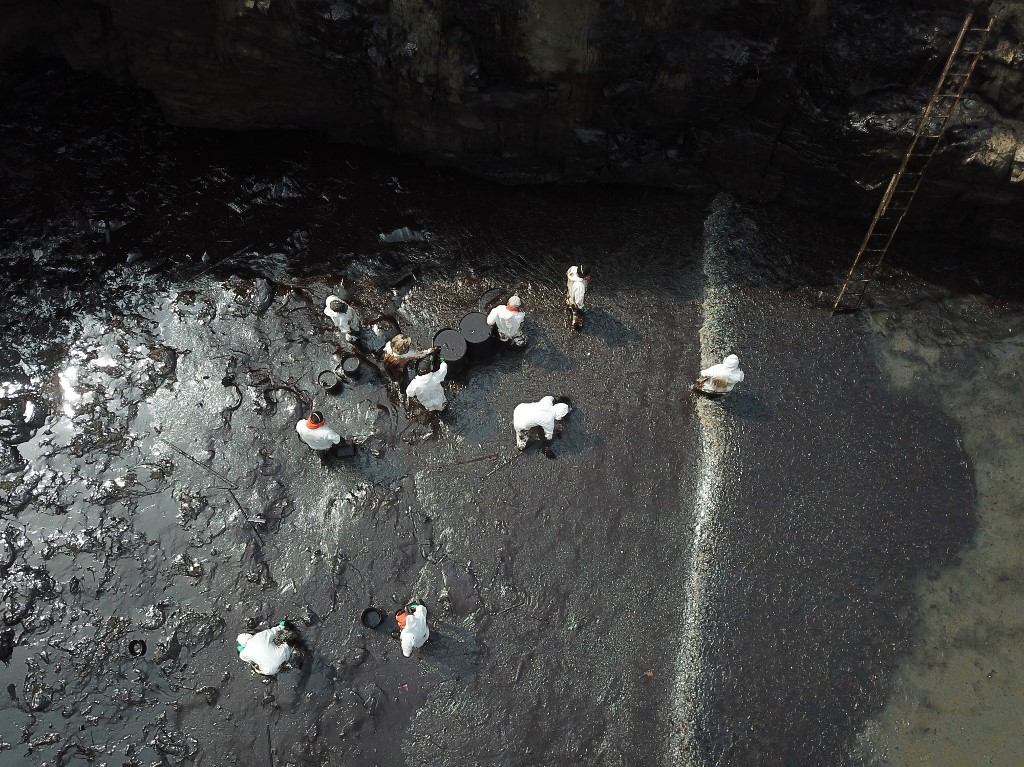 "There are species here that feed on crustaceans and fish that are already contaminated," he said.

Serfor staff have found many dead birds and sea otters on beaches and in natural reserves since the spill, he added.

More than 150 bird species in Peru depend on the sea for nutrition and reproduction.

Among the birds rescued alive but in need of help are different types of cormorants and six Humboldt penguins.

Juan Carlos Riveros, scientific director of rescue NGO Oceana Peru, said the oil could affect the reproductive capacity of some animals and cause birth defects, especially in birds, fish and turtles.

Sea currents have spread the spilled oil along the coast more than 40 kilometers (25 miles) from the refinery, affecting 21 beaches, according to the health ministry, which has warned would-be bathers to stay away.

The government has sought compensation from Spanish oil company Repsol, which owns the tanker.

But the company denies responsibility, saying maritime authorities had issued no warning of abnormal waves after the Tonga eruption.