Archaeologists in hard hats and face masks carefully remove earth from around enormous bones at the site of Mexico City's new airport, where construction work has uncovered a huge trove of mammoth skeletons.

The remains of dozens of the extinct giants and other prehistoric creatures have been found in Zumpango on the northern edge of the capital, which sits on an ancient lake bed.

In total remains have been found at 194 spots across the site since the first discoveries were made in October last year during work on a fuel terminal, he told AFP.

Palaeontologists of the National Institute of Anthropology work on the preservation of the mammoth skeletons. (Rodrigo Arangua/AFP)

Experts worked painstakingly to extract the bones of one of the mammoth skeletons, taking care not to disturb a mound of earth supporting another specimen. 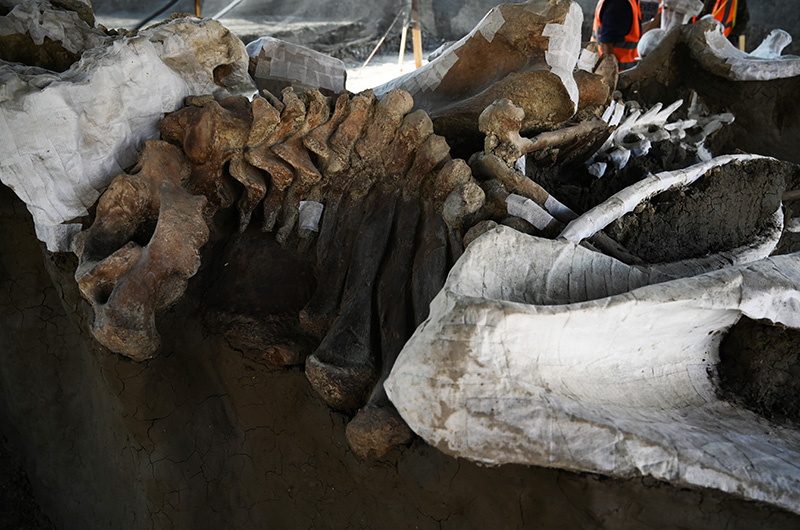 At the same time thousands of construction workers continued to labor away across the site as dozens of excavators and trucks shifted earth and transported building materials.

The authorities say they have kept a careful watch to ensure the precious remains are preserved during work on the airport, which President Andres Manuel Lopez Obrador has promised will be inaugurated in March 2022. 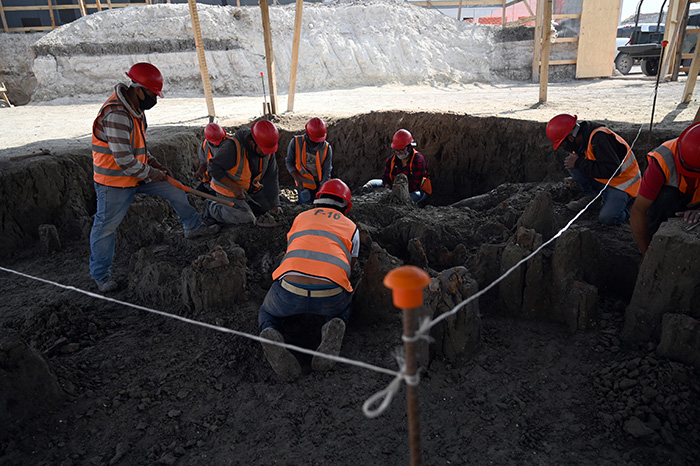 Experts believe the mammoths were drawn to the area by food and water provided by a lake that existed in prehistoric times.

"The place had a lot of natural resources, enough for these individuals to survive for a long time and for many generations," said archaeologist Araceli Yanez.

In winter the lake area became muddy, trapping the giant mammals who starved, she said.

"It attracted a large number of mammoths, and they got stuck, as is the case with this individual, and died here," Yanez added.

The lake was also very good for preserving the remains.

Mexico has been the scene of surprising mammoth discoveries before.

In the 1970s, workers building the Mexico City subway found a mammoth skeleton while digging on the capital's north side.

In 2012, workers digging to build a wastewater treatment plant outside the capital discovered hundreds of bones belonging to mammoths and other Ice Age animals.

And last year archaeologists found the skeletons of 14 mammoths in Tultepec, near the site of the new airport. 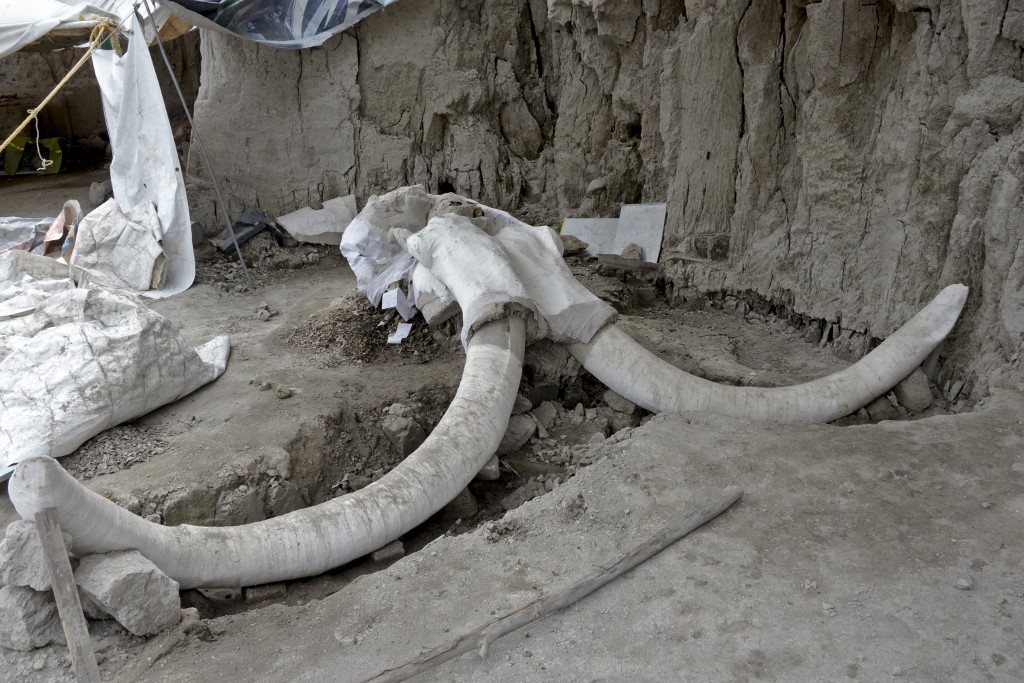 Some bore signs that the animals had been hunted, leading experts to conclude at the time that they had found "the world's first mammoth trap."

The government began construction of the new aviation hub in 2019 at the Santa Lucia military airbase, months after canceling work on another partially completed airport.

Lopez Obrador, who ran on a pro-austerity, anti-graft platform, had criticized that project championed by his predecessor Enrique Pena Nieto as an unnecessary mega-project marred by corruption.

His administration has tasked the military with overseeing construction of the new airport, which will house a museum showcasing the mammoth skeletons and other ancient remains.