A crater lake in India's western Maharashtra state has turned pink overnight, delighting nature enthusiasts and surprising experts who attributed it to changing salinity levels and the presence of algae in the water.

Lonar lake, formed some 50,000 years after a meteorite crashed into Earth, is located 500 kilometres (310 miles) from India's financial capital Mumbai and is a popular hotspot for tourists and environmentalists.

As photos of the lake's new flamingo-hued waters began to circulate on social media, experts said that although Lonar had changed colour in the past, the transformation had never been so sharp before.

"Salinity in the lake has increased as water level has gone down drastically this year and it has become warmer too resulting in overgrowth of algae," geologist Gajanan Kharat said in a video posted by the state-run Maharashtra Tourism Development Corporation on Twitter. 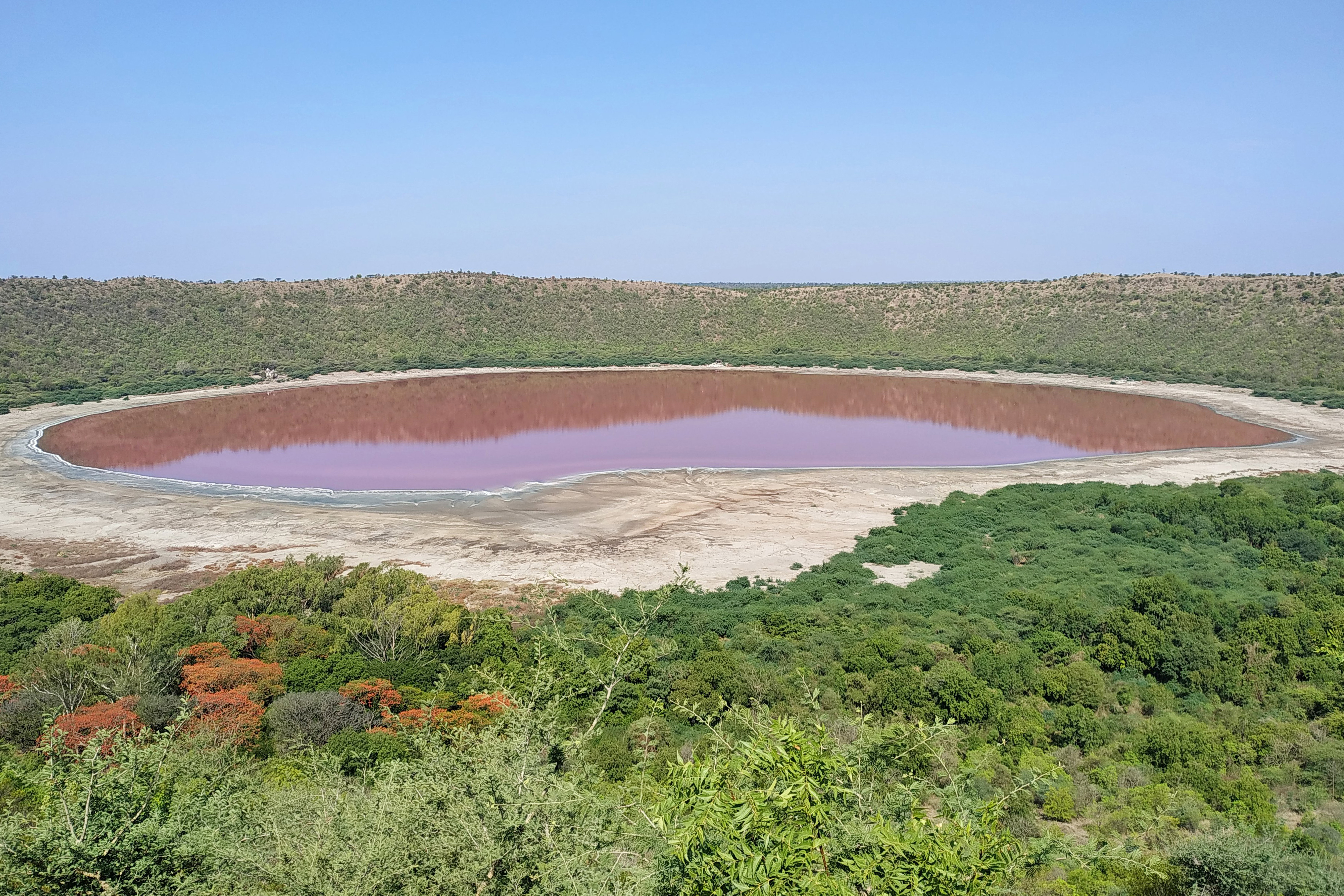 Officials from the state's forest department have collected water samples to determine the exact cause behind the shift, experts said.

With factories and offices shuttered for months due to the lockdown, which only began to ease this week, blue skies have returned to India's polluted cities, sparking speculation that the restrictions may have also had an impact on the lake.

Lonar Lake, the lake inside the Lonar Impact Crater in India, has recently turned red due to a micro-organism bloom:https://t.co/4dzCOkgRKS
Here are two @CopernicusEU #Sentinel images, one from this morning (r) and one from a year ago (l), showing the dramatic colour change: pic.twitter.com/xqY55kZpL6

"There wasn't much human activity due to lockdown which could also have accelerated the change," said Madan Suryavashi, head of the geography department at Maharashtra's Babasaheb Ambedkar University.

"But we will only know the exact causes once our scientific analysis is complete in a few days," he told AFP.