Highly creative people have more neural connections between the left and right sides of their brains, researchers have found, which suggests that creativity could be down to our built-in biology, as well as how passionate we are in art class.

The differences were found mainly in the brain's frontal lobe - a very active region that's responsible for cognitive processes such as making decisions, planning for the future, and speaking fluently.

Researchers from Duke University and the University of Padova in Italy took MRI scans of a group of healthy college-age volunteers, and processed them using a technique called diffusion tensor imaging - where white matter can be traced via water molecules.

This technique allowed them to analyse the links between 68 different brain regions.

That white matter lies underneath the more well-known grey matter, connecting billions of neurons in the brain, and ferrying electrical signals between them.

The student volunteers were also asked to complete a series of tasks to get a creativity score – the tests covered things like coming up with multiple answers to single questions, drawing various geometric shapes, and listing achievements in creative fields like music, dance, and writing. 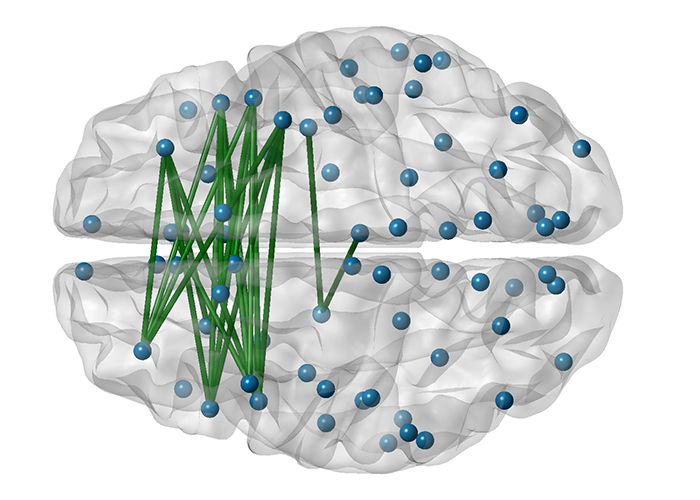 Putting the scans and scores together, the researchers found that the top 15 percent of creative people in the group (19 subjects) had significantly more connections than the bottom 15 percent, or least creative, people (a subgroup of 17).

The researchers think their findings could one day enable experts to assess someone's natural creative talents, predict creativity, or even track brain diseases in the elderly.

"Maybe by scanning a person's brain, we could tell what they're likely to be good at," says one of the team, statistician David Dunson from Duke University.

We should point out that the sample size is extremely small, so the link between more connections and higher levels of creativity will need to be confirmed in a much larger and more diverse group.

But the findings do serve as more evidence of the importance of connectomics – a growing field of neuroscience that looks at the connections between parts of the brain, as well as the individual parts themselves.

With the brain being such a vast and complex organ, and one that varies tremendously from person to person, mathematicians are working on ways to spot previously hidden patterns in the huge mass of available data.

"It has been increasingly realised that it is naive to study region-specific activity in isolation," the researchers write in their report. "The overall circuit structure across the brain is a more important predictor of phenotypes."

Next, the team wants to analyse the relationship between brain connectivity and IQ level - another metric that has been linked to creativity before - and say their number-crunching approach could also be used to spot early signs of Alzheimer's and other neurological diseases.

It's still early days for connectomics, but we're looking forward to finding out what this modern type of brain mapping can tell us next.

The findings have been published in Bayesian Analysis.