Curiosity Has Captured a Breath-Taking Blue Sunset Over Mars

NASA's Curiosity Rover has captured an Instagram-worthy sunset over the Martian skyline, demonstrating the icy blue colour that descends on the Red Planet when night falls.

The images were captured by the rover's MastCam in black and white on the 15th April 2015, but Damia Bouic from The Planetary Society was able to recreate their colour.

What's striking is how different a sunset looks on Mars to the ours here on Earth, where we're treated to a range of deep oranges and reds. On Mars, the sky has a red hue during the day, but at dusk an eerie blue twilight descends on the planet. You can see the contrast the between the Martian sky at high noon and sunset below: Funnily enough, this blue hue is a result of the planet's characteristic thick red dust. On Earth, our sunset looks red because the particles in our atmosphere scatter blue wavelengths of light, meaning they're less likely to end up reaching our eyes.

But on Mars, the opposite happens. All that red dust scatters the red light, meaning we see a more blue-tinged sunset. This is combined with the effect of Mars's thin atmosphere, which hardly scatters any blue light at all.

"On Earth, blue light is scattered all over by gas molecules, but there are not enough of these on Mars, which has less than 1 percent of Earth's atmosphere, to accomplish this," planetary scientist Mark Lemmon from Texas A&M University in the US explained earlier this year, when NASA's other Rover, Opportunity, released this incredible Vine video, showing a time-lapse sunset on Mars.

While you enjoy the images below, be glad that you're not actually watching the Sun dip away on Mars, where temperatures can quickly drop from a balmy 20 degrees Celsius in summer to -70 degrees Celsius overnight.

We still can't get over the fact that we now have the technology to watch a sunset more than 225,000 kilometres away. What a time to be alive. 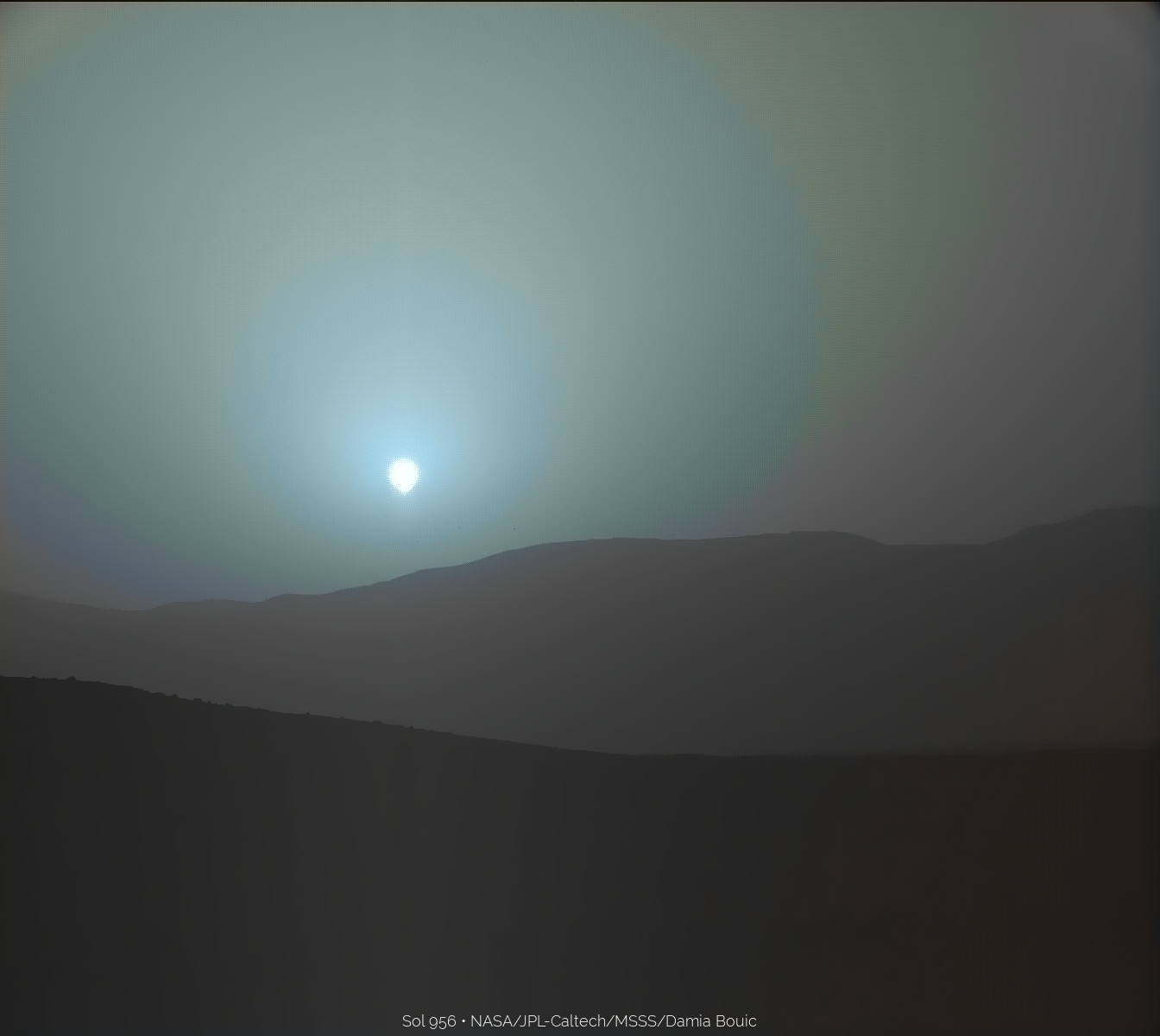