This Strange, See-Through Squid Looks Like Some Kind of Alien Bird

Deep in the Gulf of Alaska, ocean explorers have filmed an unusual see-through squid with saucer-like eyes, iridescent organs and a bright orange crown.

Looking at its face, the bizarre creature somehow looks more like a bird than a fish.

"It's a cockatoo #squid (Cranchiidae)!" NOAA recently tweeted along with the video. "Pretty, huh?"

Cranchiidae are a family of small glass squids, and while many of these species are clear and translucent, deep-sea cockatoo squids are decked out in colour-creating chromatophores, which can light up with red hues or spots.

When its arms and tentacles are folded back over the head, these squid are said to be in 'cockatoo posture', a peculiar stance that other submersibles have also filmed on occasion.

You can see the resemblance, right? 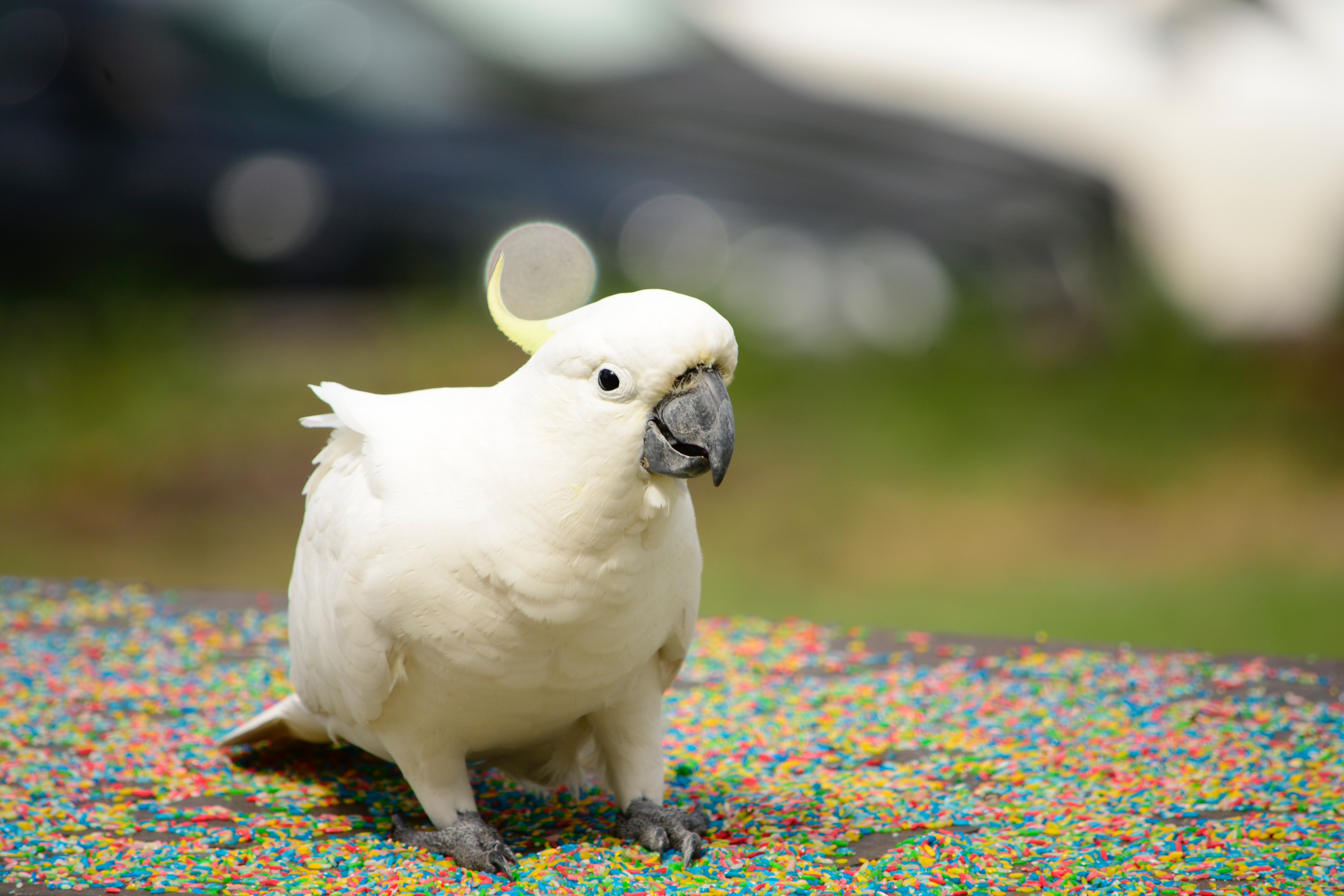 This recent chance encounter with a cockatoo squid was made by a remotely operated vehicle, called the Global Explorer, which was said to be diving along the gulf at a depth of 527 meters (1,729 feet).

The ROV is part of the Seamounts 2019 expedition. The mission is to not only collect samples of critters such as the cockatoo squid, but also to observe them in their natural environments.

The findings from this research will hopefully help scientists better understand the diversity of marine life in this under-explored region, which is on the brink of unprecedented climate change.

Yet even after collecting information on a whole variety of bizarre deep-sea animals, like jellyfish and octopuses, the cockatoo squid stood out.

In a blog post about his time on the expedition, ROV superintendent Travis Kolbe said glimpsing the bird-like squid was his absolute favourite moment.

"Some of the animals we have seen on the seafloor and in the water column are just amazing, but the best was this: we were following a cockatoo squid (Cranchiidae), just filming it and watching when all of a sudden it turned its head to the ROV like it was acknowledging we were there and briefly stared at us before turning away," he writes.

"We all laughed because it was just THAT AMAZING to see one of these animals behave that way. Just simply incredible is the only way to describe it."