The discovery of some rather large dinosaur bones in Argentina has got scientists wondering whether the creatures may have grown to their biggest sizes earlier in history than we previously thought.

This trend towards gigantism or above average growth in sauropodomorphs – the biggest dinosaurs and indeed the biggest land animals in history – marks a crucial step in the evolution of the species, and experts are therefore keen to pin down when it happened.

Sauropodomorphs, and dinosaurs in general, started off relatively small, and are understood to have undergone a major growth spurt during the Jurassic period (otherwise the movies would've been far less scary).

These new bones, though, are from the Late Triassic period, some 25 million years earlier at least.

"As soon as we found it, we realised it was something different," says one of the team, Cecilia Apaldetti from the National University of San Juan in Argentina. "We found a shape, the first giant one among all the dinosaurs. That's the surprise."

The dinosaur the bones belong to has been given a brand new name and categorisation, with paleontologists calling it Ingentia prima (Latin for "first giant"). Together with similar fossils discovered nearby, it has a new family name too: lessemsauridae.

While this specific type of dino hasn't been seen before, its build and features (including lizard-like feet) show it's related to the sauropodomorph group.

Tipping the scales at around 10 tons – around two or three African elephants, say – Ingentia prima might have marked the point at which gigantism in dinosaurs first started, the researchers say, laying the biological groundwork for the huge sauropods (weighing up to 70 tons) that followed around 100 million years later.

With an elongated neck and tail, Ingentia prima could have grown to around 10 metres (33 feet) in total, based on the bones discovered at the Balde de Leyes dig site in the San Juan province. 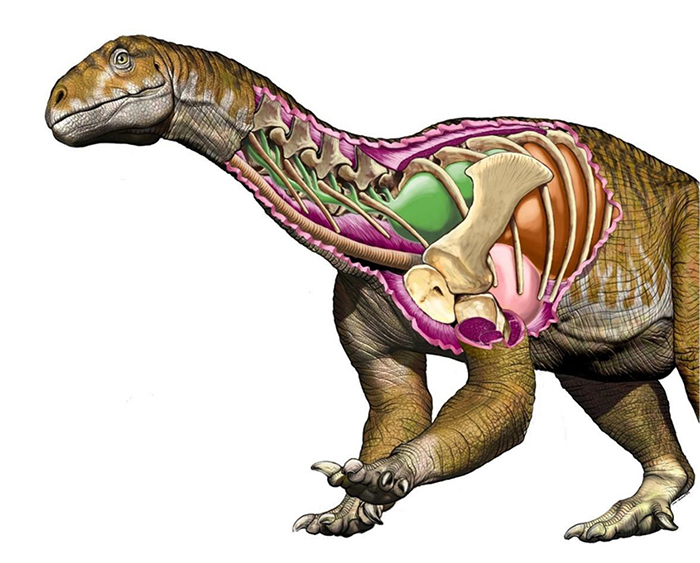 There is also some evidence in the fossil find for how the dinosaur might have been able to get so big so quickly. Te team identified a bird-like breathing system that would let the animal keep reserves of oxygenated air, and cool down faster.

The findings suggest there might be more lessemsaurids yet to be discovered that we don't know about. It radically changes the thinking on both when and how dinosaurs grew to such great sizes, according to paleontologist Steve Brusatte from the University of Edinburgh in the UK, who wasn't involved in the study.

"What is really unexpected is that the lessemsaurids achieved their huge bodies independently of the gigantic sauropods like Brontosaurus and Diplodocus, which did indeed evolve later during the Jurassic," Brusatte told Helen Briggs at the BBC.

"The development of huge size wasn't just a one-off event for the sauropods, but rather different types of dinosaurs were able to become colossal, which speaks to just how incredible these animals were."