The Yeti of the mountains of Asia, hairy like a white ape, yet bipedal and standing taller than a man, is numbered among the world's most beloved cryptids. Yet, for all the eyewitness accounts, physical evidence of the beast is proving tricky to pin down.

Nary a fossil, nor a corpse. But, like its American cousin Bigfoot, pieces of hair and bone, of tooth and skin, have made their way into private collections. Now, DNA analysis on nine of those has proven there's still no physical evidence - all those samples came from regular old animals.

The nine samples, collected from the Himalayas and the Tibetan Plateau, included hair, skin, tooth, bone, and faecal matter. All but one of them turned out to be from bears - Asian black bears, Himalayan brown bears, or Tibetan brown bears.

The remaining sample, a tooth from the Reinhold Messner Mountain Museum, was from a domestic dog.

"Our findings strongly suggest that the biological underpinnings of the Yeti legend can be found in local bears, and our study demonstrates that genetics should be able to unravel other, similar mysteries," said biologist Charlotte Lindqvist from the University at Buffalo College of Arts and Sciences. A "Yeti" bone turned out to have belonged to a Tibetan brown bear. (Icon Films Limited)

Her team isn't the first to conduct DNA analysis on what was believed to be samples of cryptid hair.

In 2014, a team of researchers at the University of Oxford in the UK and the Museum of Zoology in Lausanne, Switzerland, led by Oxford geneticist Bryan Sykes, published a paper describing how they had put 37 hair samples from around the world to the test.

It was the first ever genetic survey of "anomalous primate" samples, and it had, well, a similar result. Every single one of the samples that returned a result matched a known species - from polar bear to sheep to human.

That research, however, was based on a simpler genetic test than the research her team conducted, Lindqvist said. Sykes and his team used mitochondrial RNA sequencing.

Sykes - not without his detractors among the cryptid enthusiast community - was nevertheless careful to note that a lack of evidence was not proof for the non-existence of anomalous primates.

"Rather than persisting in the view that they have been 'rejected by science', advocates in the cryptozoology community have more work to do in order to produce convincing evidence for anomalous primates and now have the means to do so," Sykes' team wrote in their paper.

Lindqvist draws a different conclusion - that the yeti-cum-bear samples provide evidence that the cryptid myth may have evolved from encounters with real animals.

Just as the okapi, discovered in 1901, was reportedly fabled as an "African unicorn," for instance, or remains of Australia's megafauna could have given rise to Aboriginal myths such as the Giant Devil Dingo.

"Clearly," Lindqvist said, "a big part of the Yeti legend has to do with bears."

But the research has other applications outside of cryptid research - the DNA sequenced, when compared to living or modern animals, can provide some insight into the evolution of the bears, many of which are vulnerable or endangered.

The team sequenced the mitochondrial DNA of 23 Asian bears (including the Yeti samples) and compared it with other bears around the world.

They found that Tibetan brown bears are closely related to American bears, but Himalayan bears belong to a different evolutionary lineage that split around 650,000 years ago, during a major ice age. 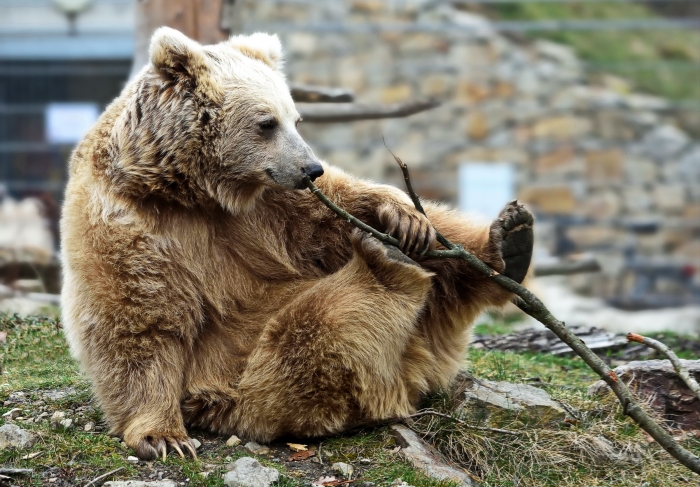 This could have occurred when the ice significantly changed the landscape, separating groups of bears that then followed separate evolutionary paths.

"Further genetic research on these rare and elusive animals may help illuminate the environmental history of the region, as well as bear evolutionary history worldwide - and additional 'Yeti' samples could contribute to this work," Lindqvist said.

The Yeti samples were provided to Lindqvist by production company Icon Films for an Animal Planet special called "Yeti or Not."

The research has been published in the journal Proceedings of the Royal Society B.