This Tree Is So Toxic, You Can't Stand Under It When It Rains

On her first morning there, she went foraging for shells and corals in the white sand, when the holiday quickly took a turn for the worse.

Both foolishly decided to take a bite, and within moments the pleasant, sweet taste was overwhelmed by a peppery, burning feeling and an excruciating tightness in the throat that gradually got so bad they could barely swallow.

The fruit in question belonged to the manchineel tree (Hippomane mancinella), sometimes referred to as 'beach apple' or 'poison guava'.

It's native to the tropical parts of southern North America, as well as Central America, the Caribbean, and parts of northern South America.

Manchineel belongs to the large and diverse Euphorbia genus, which also contains the decorative Christmas poinsettia. The tree produces a thick, milky sap, which oozes out of everything - the bark, the leaves and even the fruit - and can cause severe, burn-like blisters if it comes into contact with the skin.

This sap contains a range of toxins, but it's thought that the most serious reactions come from phorbol, an organic compound that belongs to the diterpene family of esters. 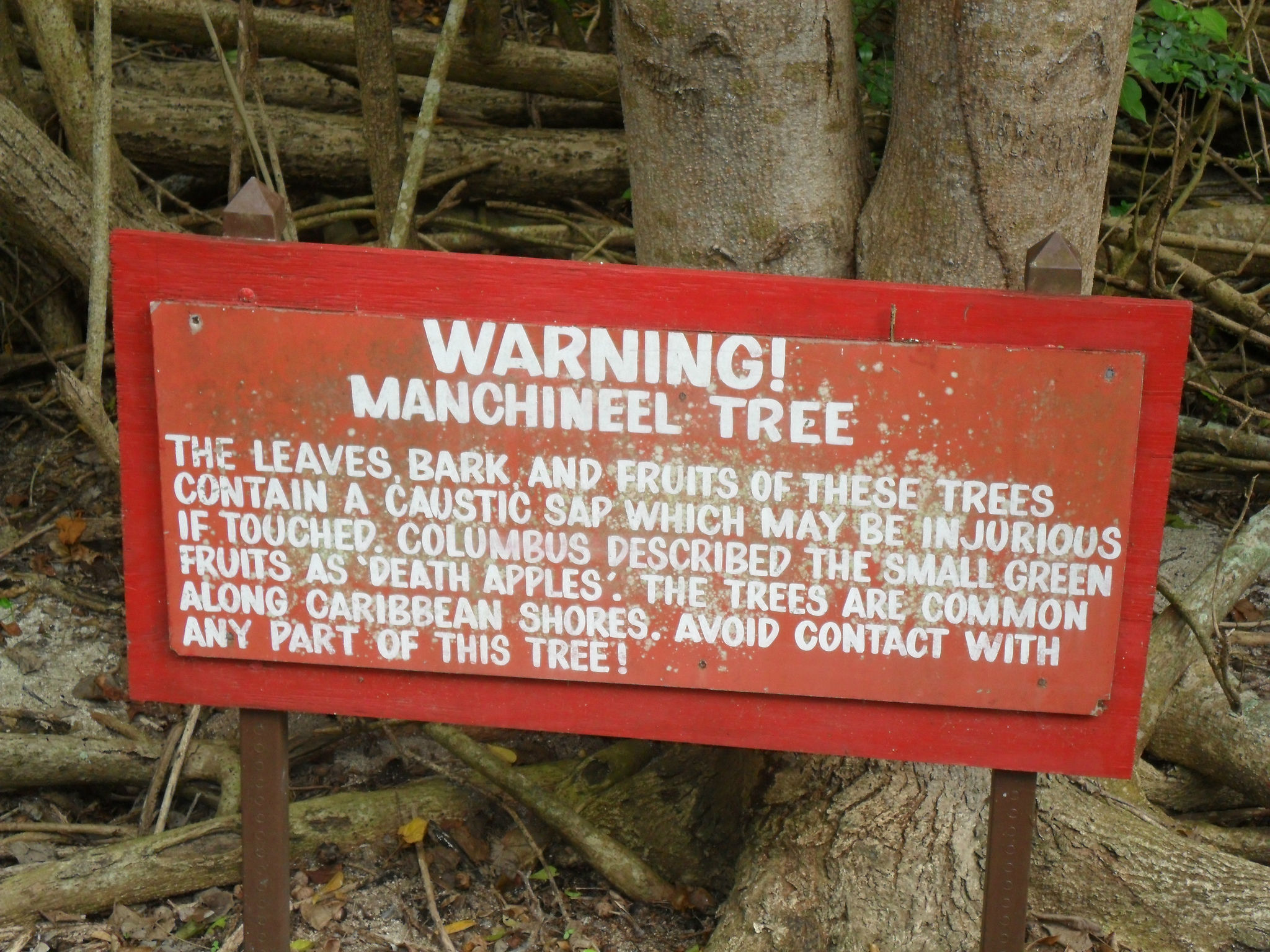 We could just remove them, but they play a valuable role in the local ecosystems - as a large shrub, the manchineel grows into dense thickets that provide excellent windbreaking and a protection against coastal erosion on Central American beaches.

There have been reports of severe cases of eye inflammation and even temporary blindness causes by the smoke of burning manchineel wood - not to mention the effects of inhaling the stuff.

However, Caribbean carpenters have been using manchineel wood in furniture for centuries - after carefully cutting it and drying in the sun to neutralise the poisonous sap.

It took over 8 hours for their pain to slowly subside, as they carefully sipped pina coladas and milk. The toxin went on to drain into the lymph nodes on their necks, providing further agony.