Research Shows That Earthworms Can Thrive Even in Mars Soil

Using simulated Mars soil developed by NASA, researchers added rucola (also known as rocket or arugula) plants, manure fertiliser and earthworms - and found that not only did the worms thrive, but they've now produced their first offspring.

"Clearly the manure stimulated growth, especially in the Mars soil simulant, and we saw that the worms were active," said lead researcher and biologist Wieger Wamelink of Wageningen University & Research in the Netherlands.

"However, the best surprise came at the end of the experiment when we found two young worms in the Mars soil simulant." 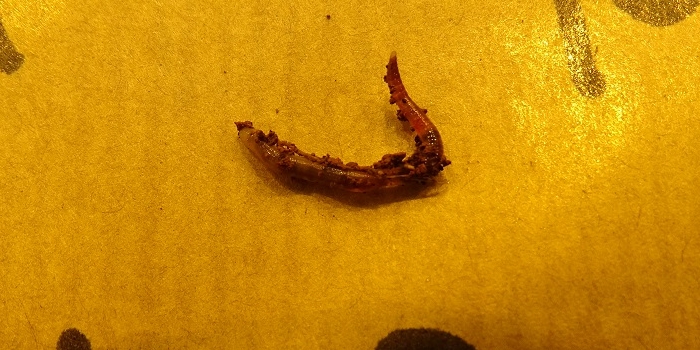 One of the worms born in the simulant. (Wieger Wamelink/Wageningen University & Research)

Martian soil simulant is a really important tool for researching Mars missions. It's been developed by NASA based on data obtained by Mars rovers and orbiters, and its composition is as close to the material on Mars as possible based on the information available.

Here on Earth, it would be technically incorrect to call it soil, since soil contains organic material; but planetary scientists use the word to distinguish the finer material in the regolith on Mars from rocks and gravel.

This soil simulant can be used to figure out how the soil and dust on Mars will affect things like robotic rovers, mining equipment, and space suits. For the last few years, researchers have also been looking into whether plants can be coaxed to live in the material.

We need to know this because once we send humans to Mars, as NASA plans to do in the 2030s, it may be the first step towards a colony - and a colony is unsustainable without a food supply they can grow themselves.

As Wamelink and his team demonstrated in 2016, vegetables can indeed be grown in Martian soil.

Not as well as in Earth soil, but that's why the team is now trying new things - including adding pig manure and earthworms, which digest decaying plant matter and convert it into nutrients, and aerate the soil through which they tunnel.

Mars has limited weathering compared to Earth, though, which means the soil grains may have sharp edges that could harm the earthworms' digestive tracts. 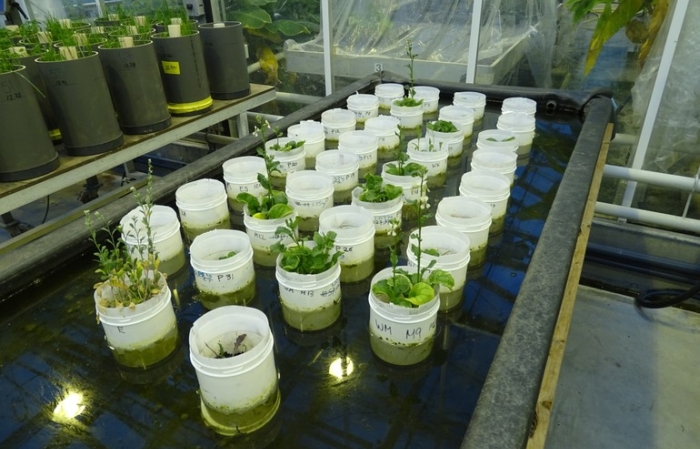 To determine the efficacy of the additions, the team prepared a variety of pots planted with rucola. They compared the Martian soil to silver sand, a quartz-based sand used in Earth gardening for soil aeration.

Pots were set up with rucola planted, then manure was added to all pots. Then worms were added.

"The positive effect of adding manure was not unexpected," Wamelink said. "but we were surprised that it makes Mars soil simulant outperform Earth silver sand."

There are, however, other significant barriers to growing plants on Mars. They'd need a climate-controlled environment to keep them from freezing in Mars's harsh cold, and to allow them liquid water, and some sort of shielding to protect them from the radiation on Mars's surface thanks to its lack of a global magnetic field.

To solve this problem, researchers at Utah State University have been working with NASA to develop fibre optic systems to deliver light to growing plants.

Meanwhile, Wamelink's work with soil simulants continues. He has already determined that vegetable grown in the heavy metal-rich simulant is safe to eat.

In the future, he wishes to carry out tests to determine the effect of Mars' high levels of perchlorate on vegetables - a chlorine compound which, in its heavy Mars levels, could be toxic to humans.

The team is yet to publish their research. Meanwhile, you can find out about their project and crowdfunding on the Worms for Mars website.