That's the spirit with which he founded SpaceX, his rocket company, in 2002. Musk was frustrated that NASA wasn't doing more to get people to the red planet – and concerned a backup plan for humanity wasn't being developed (for when Earth becomes an uninhabitable wasteland).

But Mars is a cold, unforgiving, and almost airless rock located some 140 million miles (225 million kilometres) from the Sun.

Astounding ingenuity is required to land even a small spacecraft there today, let alone a giant spaceship full of people and cargo in the future.

That's why SpaceX is taking the lessons the company has learned over the past 16 years – and an increasing amount of money and staff – and using them to build a space vehicle called the Big Falcon Rocket, or BFR.

The booster will launch the spaceship (on top) toward space then land itself for reuse.

Timelines are unreliable when it comes to human spaceflight, but Musk's ambitious estimates of when SpaceX might reach Mars reveal his zeal to accomplish that goal.

The following (somewhat speculative) timeline of SpaceX's plan is based on on our reporting as well as dates compiled by the Reddit community r/SpaceX.

Where SpaceX is today with its Mars plans

Musk has said the BFR's spaceship is the "hardest part" of the system to get right, so that's where SpaceX is currently focusing most of its energy.

To that end, the company is building a BFR factory in the Port of Los Angeles, about 15 miles (24 kilometres) south of SpaceX's headquarters.

While that facility gets constructed, engineers are working under a nearby 20,000-square-foot (1,860-square-metre) tent to build a prototype spaceship out of advanced carbon-fibre materials.

SpaceX is also meeting with NASA and other parties to workshop its Mars mission plans – though it still has a lot of work to do to figure out how to keep passengers safe fromradiation, starvation, and themselves. 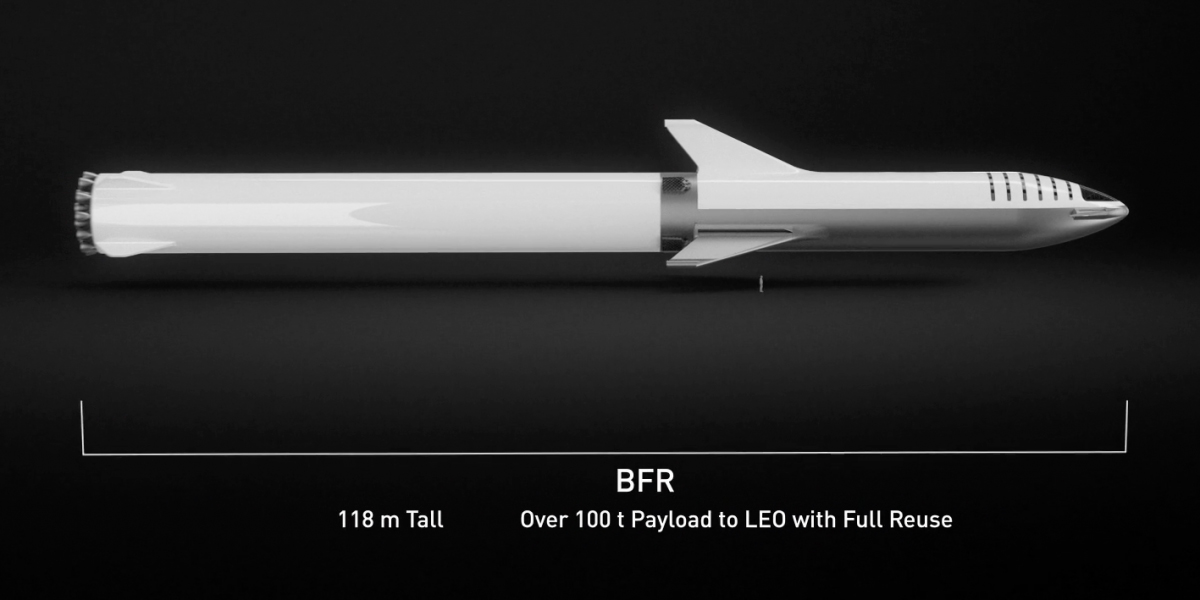 SpaceX's Big Falcon Rocket with its booster and spaceship. (SpaceX)

2018: Build a launch support facility in Boca Chica, a town near Brownsville, Texas

SpaceX needs a place to test-launch its spaceship prototype, and the southern tip of Texas gives the company a few benefits.

For one, SpaceX can transport enormous rocket parts over water by barge from Los Angeles, through the Panama Canal, and to Boca Chica (presumably cheaply).

Otherwise, the parts would have to be flown or driven in a truck over land.

Additionally, very few people live in the area, which is a good thing for a company that's filling a gigantic, experimental spaceship full of explosive liquids and lighting them on fire.

The rockets can also be launched over the Gulf of Mexico, posing even less of a risk to people or objects on the ground.

The launch pad may even not be on land.

"It may actually be that we launch from a floating platform," Musk said in September.

Finally, Boca Chica is one of the most southern municipalities in the US. Getting as close to the equator as possible helps rockets save fuel, since Earth's rotation adds significant speed to a launch.

Gwynne Shotwell, the president and chief operating officer of SpaceX, has said the company hopes to test-launch a prototype ship in short "hops" (not reach orbit) from southern Texas in late 2019.

The goal would be to gather valuable data on the prototype in order to refine the next version.

As with many early SpaceX test launches, the likelihood is high that there could be a "rapid unscheduled disassembly," as Musk likes to call exploding rockets. 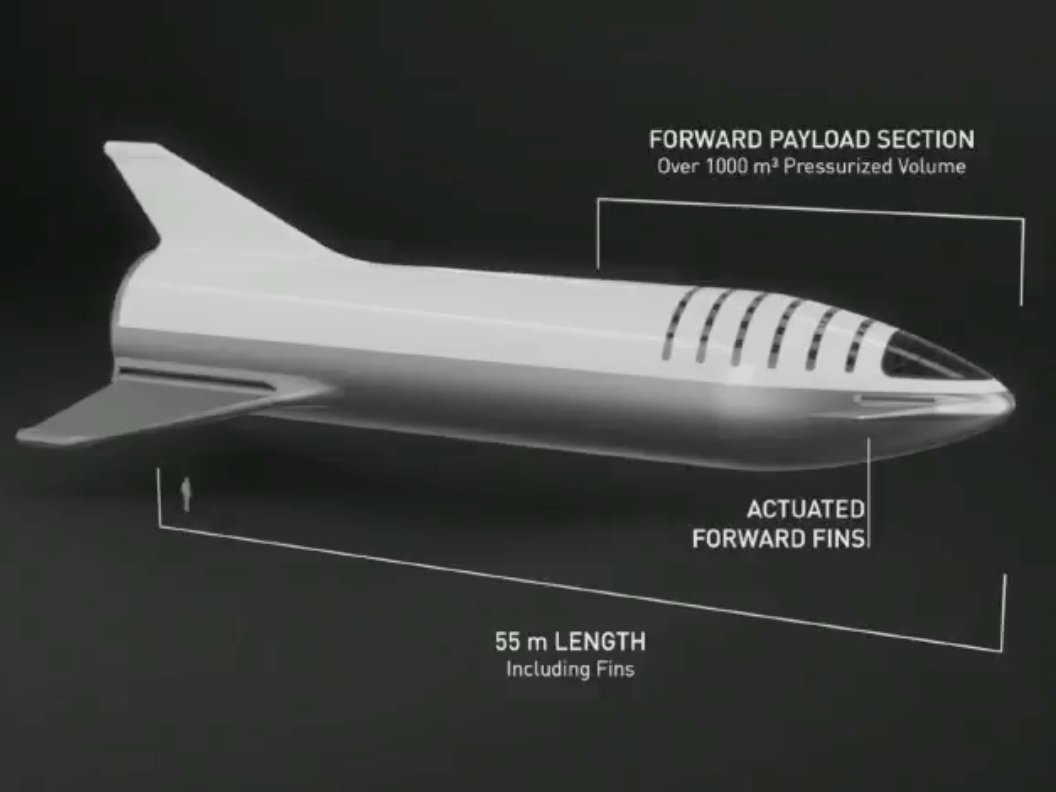 During the Satellite 2018 conference in March, Shotwell said the BFR should be "orbital in 2020", implying that both a booster and spaceship will be built, shipped to Texas, integrated, and launched by then.

However, Musk said in September that no decision has been made on a timeframe. He added that he wants to pull off several uncrewed orbital test-launches before putting any people onboard.

2022: Launch two missions to Mars full of cargo and supplies (but no people)

Musk has said his "aspirational" timeline has 2022 as the date for the launch of the first Big Falcon Spaceship missions to Mars.

Each ship would first fly into orbit around Earth, which would use up most of its fuel. Then several other tanker spaceships would launch to fill the vehicle with enough fuel to reach Mars. It's uncertain how many flights or how long this might take.

Mars and Earth get close to each other about once every two years, creating windows of time when it's quicker to reach the planet. Because of that, the best months to launch would be the summer of 2022.

Depending on how efficiently the Big Falcon Spaceship can change its speed – its "delta-v" – it could take anywhere from a few months to nearly a year to reach Mars. Thus, a landing in late 2022 or early 2023 is likely.

Musk wants the first spaceships to be full of cargo and machines that future missions would require.

That stuff would be needed for humans to build facilities that can generate power, gather water, bottle up the thin Martian air, and turn those raw resources into methane fuel and oxygen for return launches back to Earth.

Wooster said the first two uncrewed cargo missions would "confirm the water resources in the locations that you're interested in, and then determine any [landing] hazards for future missions, and then start to put in place some of the infrastructure that you'll need," such as landing pads for safer arrival of crewed missions. 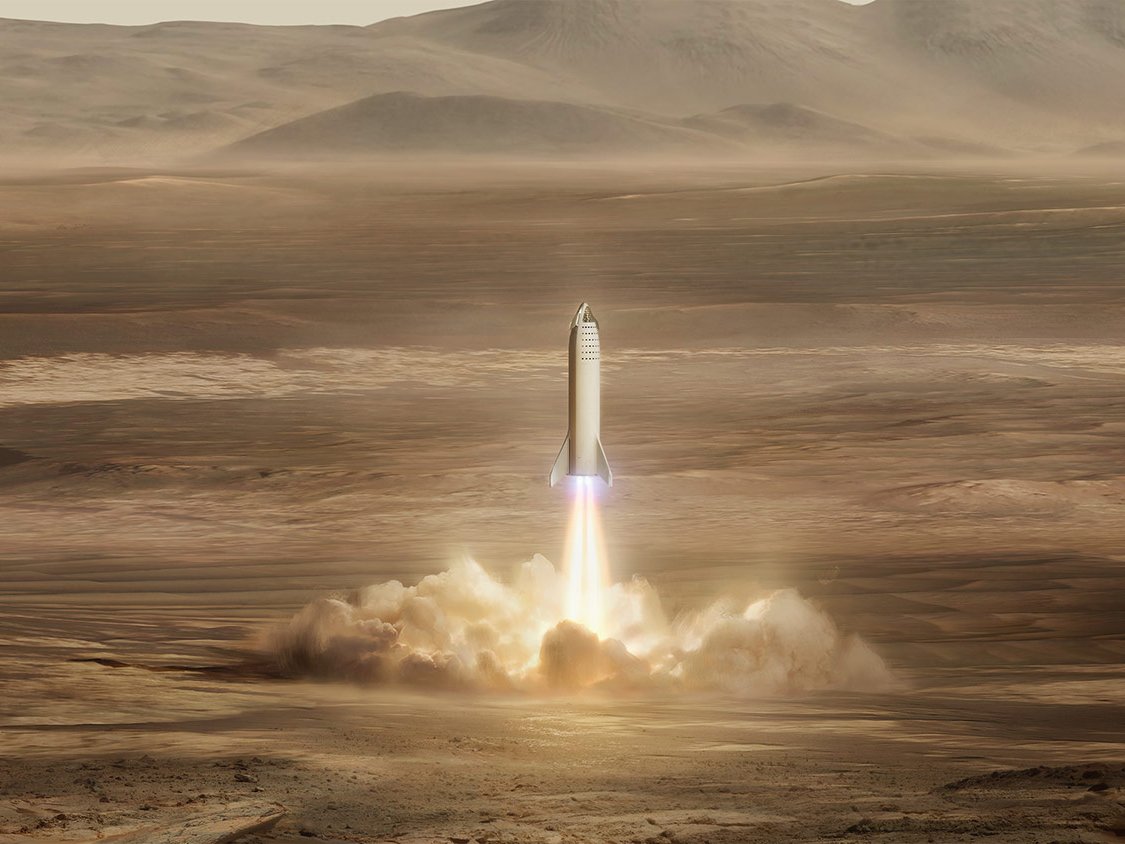 An illustration the Big Falcon Rocket landing on Mars. (SpaceX)

2023: Launch the first people with BFR and send them around the Moon

In September, Musk introduced the world to SpaceX's first space tourist hopeful: Yusaku Maezawa, a Japanese billionaire. Maezawa is paying SpaceX an undisclosed sum (likely hundreds of millions of dollars) to be the first passenger aboard the BFR.

Maezawa purchased all the seats on the vehicle's spaceship and plans to pick six to eight artists from a variety of disciplines to take the roughly week-long trip around the Moon with him in 2023.

That mission would be the ultimate proof that the BFR works.

"He's paying a lot of money that would help with the ship and its booster," Musk said in September. "He's ultimately paying for the average citizen to travel to other planets."

2024: Blast people on the first human voyage to Mars

Assuming the first cargo, supply, and scouting missions go well, SpaceX would then send one or two crews toward Mars.

Wooster said each ship will carry "at least" 100 tons of supplies. By transporting far more supplies than any crew needs for a years-long Mars mission – along with bulky gear – SpaceX might circumvent the need for advanced (and as-yet-non-existent) technologies that would otherwise be required to stay on Mars.

As with the first uncrewed missions to Mars, it could take perhaps six to nine months for crewed ships to reach the red planet.

These first spaceships will likely serve as homes for astronauts, Wooster said in August. It wouldn't be the most comfortable setup, but it might reduce mission complexity by eliminating the need to immediately build Mars habitats.

When someone asked Musk on Twitter how long it'd take to build the first permanent Martian base – something he referred to as "Mars Base Alpha" – Musk said "probably 2028."

From that point on, Musk said in March, a colony could begin to form.

"It will start off building just the most elementary infrastructure, just a base to create some propellant, a power station, blast domes in which to grow crops – all of the sort of fundamentals without which you cannot survive," he said.

"And then really there's gonna be an explosion of entrepreneurial opportunity."

Perhaps the 2030s: Construction of the first city on Mars

This timeline has been speculative from the start, but at this point the milestones start bordering on fantasy.

Many experts on life support doubt that necessary technologies will be ready for people to land on Mars and survive there in the 2020s – let alone build a permanent city for colonization shortly thereafter.

Yet this is precisely what Musk aims to do: build a backup drive for humanity on the red planet.

"I hope people start to think of it as a real goal to which we should aspire, to establish a civilisation on Mars," Musk said in 2017.

"This is not just about humanity, it's about all the life that we care about."

Musk envisions sending about a million people to Mars, at about US$200,000 per one-way ticket. He believes that price will be possible given the hypothetical reusability of the BFR.

Musk doesn't think life on Mars would have to be bland, either.

"Mars will need everything from iron foundries to pizza joints," he's said. "I think Mars should really have great bars: the Mars Bar."

Elon Musk's vision of a colony on Mars. (SpaceX/Youtube)

In every one of its job postings, SpaceX says it's pursuing the "ultimate goal of enabling human life on Mars."

To that end, its website hosts an image of a rusty-red planet morphing into an Earth-like world. The illustration is a nod to a hypothetical and speculative process called terraforming.

Terraforming is a type of climate change, but deliberate and more rapid than the process that's happening on Earth right now.

The idea is that Mars could be transformed into a warm, wet world – one better suited for permanent human colonization – if we can melt the planet's carbon-dioxide-rich ice caps.

In its current state, Mars has less than 1 percent of the atmospheric density at its surface compared to Earth. (Mars had most of its air blown into space billions of years ago.)

That makes it comparable to a vacuum chamber. Under those conditions, harmful space radiation doesn't get blocked, and people couldn't breathe outside of a spacesuit or sealed colony.

It's unknown whether terraforming could be done in a sustainable amount of time on Mars. NASA doubts that it's possible at all, since there may not be enough gases trapped in the poles to feed a cosy planetary atmosphere.

Plus, the effort might require a kind of powerful satellite that could generate a magnetic shield to protect against solar radiation that would otherwise blow away any human-manufactured atmosphere.

On the flip side, the scenarios researchers have looked into don't really consider water or methane (a potent greenhouse gas) that may be trapped in the Martian ground.

They also don't investigate whether any chemical-rich comets and asteroids could be redirected to strike Mars. Musk has even said nuking Mars might help.

Experimenting with terraforming may be only one way to tell if it's possible. Musk, or perhaps his memory and legacy, just might be the impetus that makes it happen in the distant future.