Elusive Shark Known For Its Fearsome Teeth Has an Unexpected Diet

Cookiecutter sharks are elusive deep-sea fish, seemingly only coming to the surface at night. As a result, we don't know much about them.

Yet if there's one thing we can say for certain, it's that they like to bite.

Over the years, scientists have found tiny, cookiecutter-shaped chunks taken out of the bodies of dolphins, swordfish, sea turtles, whales, great white sharks, military submarines, and even humans themselves.

The slew of toothy evidence has led many scientists to assume these small predators (Isistius brasiliensis), which usually grow no longer than 50 centimeters (1.5 feet), prefer to snack on much larger prey. But that's not necessarily true.

"At the end of the day, the paradigm was that the sharks would primarily feed on these larger animals, but we just didn't have any empirical data. So our question was, 'Are we biased by what we're seeing?'" explains marine scientist Aaron Carlisle from the University of Delaware. 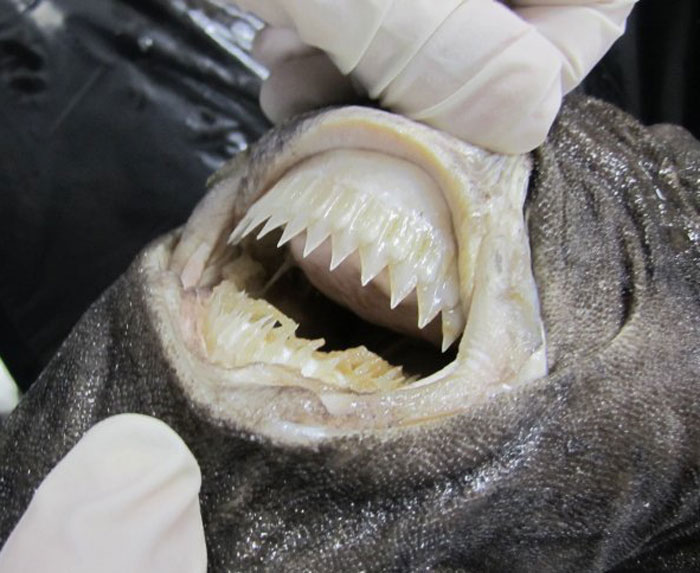 New research on the stomach contents of 14 cookiecutter sharks, collected near Hawaii, has now revealed what these parasitic predators prefer to sink their teeth into.

Contrary to what we thought, it seems they usually pick on prey their own size. At least in this region of the world, marine mammals and large fish account for less than 10 percent of the cookiecutter diet, researchers say.

What's more, only the largest cookiecutters feed on whales, dolphins, or other sharks, which frequent waters nearer the surface. Most other cookiecutters remained in the deep, feeding on chunks of small prey like cephalopods, crustaceans, and fish.

"These animals occupy a unique ecological role in the world's oceans," explains Carlisle.

"They feed on everything from the biggest, toughest apex predators – like white sharks, orcas, everything you can imagine – down to the smallest little critters. There's not very many animals that do something quite like this."

Female elephant seal with bites from a cookiecutter shark. (JSUBiology/Flickr/CC BY 2.0)

Previous to this study, fewer than 150 cookiecutter stomachs were analyzed, and our technology has improved a lot over time.

While many cookiecutters are found with empty stomachs, modern biochemical tracing can reveal what isotopes, fatty acids, and DNA shed into the water by other animals might have been swallowed by any given shark.

Only three of the sharks collected had anything in their stomachs, and even then, the contents were limited. However, a series of biochemical tests helped reveal the potential diet of all 14 sharks in the sample.

The stable isotopes, fatty acids, and environmental DNA collected in the guts of cookiecutter sharks suggest they feed far less on larger prey than we previously thought.

More than half their prey is composed of small animals from the deep sea and the mesopelagic zone.

The sample size of the current study is small and limited to only one region of the world, but it suggests that cookiecutter diets may be more varied than we assumed.

Their appetite for certain species appears to be quite plastic, possibly shifting not only as prey migrate but also as the sharks themselves grow larger. 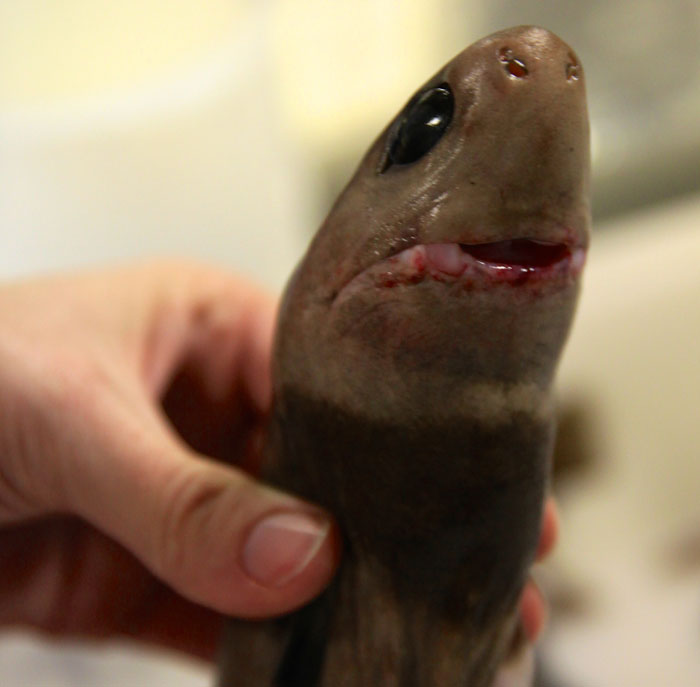 Only with bigger fins, after all, can cookiecutters hope to chase down larger, faster-moving prey for a quick bite.

"The little guys, we think that they may stay down deep. It appears that they don't start going up to the surface until they get to be a certain size," says Carlisle.

"But again, nobody's ever really seen a baby Cookiecutter shark so we don't really know. We're trying to make these inferences based on indirect metrics of what they're eating and what their ecology is."

Scientists are still chewing over the recent results. We'll need more mouthfuls of data before we can learn any more about these strange, deep-dwelling parasites.