Everything We Eat Both Causes And Prevents Cancer

In an effort to illustrate how often medical studies can be flawed, Vox have put together the above graph showing how, in a single meta-analysis of research into food-cancer risk links, you can get some very different results depending on how you designed your experiment. You can see the full version below.

The image is based on a 2013 paper called "Is everything we eat associated with cancer? A systematic cookbook review", for which the researchers randomly selected 50 ingredients from a cookbook and looked into recent studies that evaluated the relation of each to cancer risk.

If none of that sounds quite right - it shouldn't. As Julia Belluz says over at Vox, "More often than not, single studies contradict one another - such as the research on foods that cause or prevent cancer. The truth can be found somewhere in the totality of the research."

Head to Vox to read the whole article, it's a fascinating look into the very difficult world of medical science research and reporting. Only by identifying and dicussing these crucial limitations will will be able to figure out how to get past them. 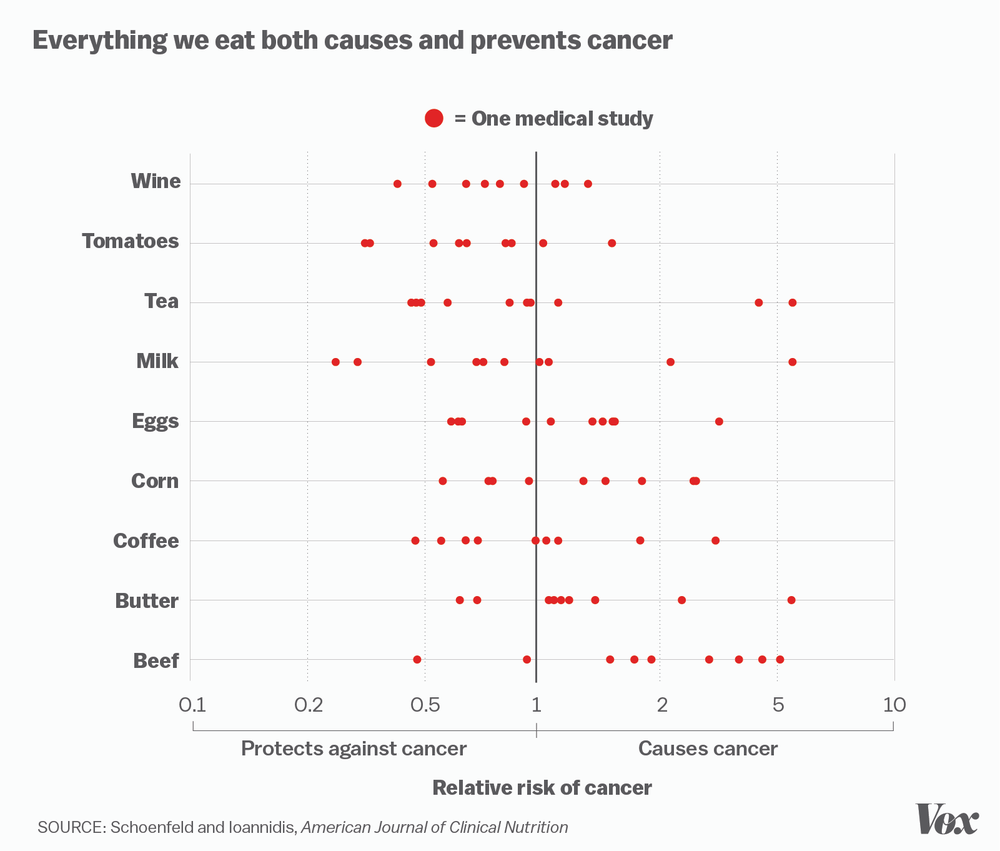