An international team of scientists have provided the first proof of an exotic new state of matter, known as Rydberg polarons.

This state of matter is formed at ultra cold temperatures, when an electron orbits its nucleus at such a great distance that other atoms end up bound inside the orbit. All these atoms form a weak bond that generate the Rydberg polarons.

You can see an illustration of this "giant atom" filled with atoms above - the blue is the electron, the nucleus is red, and within the electron's orbit are a bunch of other atoms (green).

So how exactly does this work?

If you take a bunch of strontium atoms, chill them right down, and then get one excited, you'll noticed a strange thing – that happy atom will arrange a cuddle pile with its closest buddies.

More than just a physics equivalent of seeing how many grapes you can fit into your mouth, the way this weird flavour of mutant molecule clings together could provide some insights into how particles interact at extremely low temperatures.

Recalling the old diagrams of an atom in your high school science text book, you might remember there's a space between the electron's orbits and the nucleus. 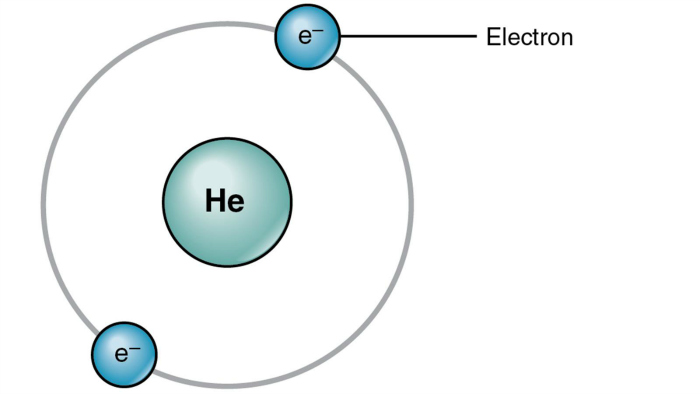 Particle physics in the real world is a bit different – electrons don't tend to zip around like moons around planets, but rather exist in clouds of probability.

Still, that cloud of potential positions sits at the edge of a distance where you're less likely to find an electron, and physicists have wondered if it's possible to squeeze another whole atom inside that gap.

To test this, a team of US and Austrian researchers combined Bose-Einstein condensate studies with the creation of objects called Rydberg atoms.

When you suck as much heat energy as possible from a collection of atoms, they tend to lose their individual identities and share each other's quantum states.

That phase of matter is called a Bose-Einstein condensate, and while it's a challenge getting particles down to near-absolute zero temperatures, it makes for the perfectly quiet conditions needed to study their quantum properties.

In this instance, the researchers chilled a number of strontium atoms into a condensate and then struck one of them with a laser.

The goal was to hit it in precisely the right way to boost one or more of its electrons into an orbital far from the nucleus, creating an excited state called a Rydberg atom.

Just how far from the nucleus are we talking?

"The average distance between the electron and its nucleus can be as large as several hundred nanometres," says theoretical particle physicist Joachim Burgdörfer from TU Wien in Vienna.

For perspective, that's more than a thousand times the radius of a hydrogen atom – surely enough space to slip in at least one whole atom.

The big question was how the huddle of atoms in this unusual embrace might affect one another, if at all.

"The atoms do not carry any electric charge, therefore they only exert a minimal force on the electron", says fellow physicist Shuhei Yoshida, also from TU Wien.

But the excited electron is still gently nudged by the strontium atoms between it and the nucleus.

It's not enough to move it from its orbit, but this slight scattering effect should be enough to reduce the total amount of energy in the system.

Such a drop in energy could theoretically establish a weak bond between the Rydberg atom and the other strontium atoms sitting quietly inside its electron's orbit - what's referred to as Rydberg polarons - a phenomenon they found evidence of in the experiment's results.

"It is a highly unusual situation", says Yoshida.

"Normally, we are dealing with charged nuclei, binding electrons around them. Here, we have an electron, binding neutral atoms."

Don't expect to be building anything from these molecular Rydberg polarons. That's the not the point.

What is interesting is the ability to manipulate atoms in a condensate into such weird states.

"For us, this new, weakly bound state of matter is an exciting new possibility of investigating the physics of ultracold atoms", says Burgdörfer.

"That way one can probe the properties of a Bose-Einstein condensate on very small scales with very high precision."

This research was published in Physical Review Letters.