For all our insanely accurate mapping technologies and unquenchable desire to see everything on Earth, huge areas of our planet remain mostly unexplored, cut off from civilisation by inhospitable climate or impossible terrain.

And while that was once a perfect description of the Amazon's tepui mountains, explorers have finally figured out how to get inside its incredible forests and caves.

For the unfamiliar, tepuis are table-top mountains that are difficult to access because of the sheer cliffs that surround them - sometimes 3,000 metres (or 10,000 feet) high. Across their summits and deep within their caverns, lush habitats have been evolving in isolation, which makes them prime areas for study.

One such high-rise, the Amazonian Mount Roraima, was the setting for Sir Arthur Conan Doyle's novel The Lost World, where it plays home to an undiscovered tribe of ape-men and several species of living dinosaurs. Today's adventurers haven't come across any dinosaurs or ape-like men (yet), but their findings are fascinating nevertheless.

Speleologist Francesco Sauro from the University of Bologna in Italy is leading the expedition, after recently finishing a 40-day research trip through the Imawarì Yeuta tepui in Venezuela, where there are more than 22 kilometres (14 miles) of caves and tunnels.

The full results of the trip won't be published until November, but Stephen Ornes from New Scientist has reported on some of the findings. 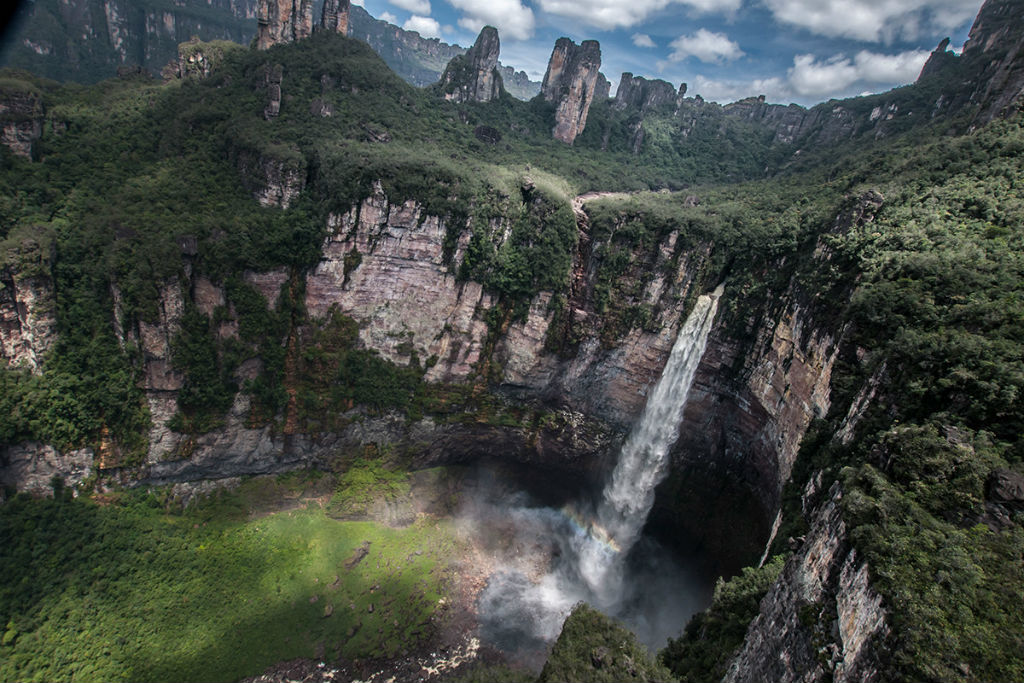 Sauro himself describes the caves as "a completely different world" and "like islands in time." Two mountain environments can develop very differently because they evolve in isolation, which means expert explorers are never quite sure what to expect until they get there.

Of course, there are no detailed maps in existence for the area, so the team relies on high-resolution satellite imagery and reconnaissance missions where the most promising locations are scouted out in advance.

Inside the quartz sandstone caves - which are likely to have taken tens of millions of years to form - the team expects to uncover minerals and unique species of animals that have never been seen before. The caves are filled with peculiarly shaped speleothems (stalactites and stalagmites) carved out by colonies of microorganisms, and Sauro and his colleagues are hoping to finally figure out how they form.

"[The caves] safeguard material from the outside," said one of the team, geographer and cartographer Jo de Waele. "There's no wind, no surface erosion. It's incredible."

The Amazon explorers want to understand more about how life exists and evolves in these mysterious environments, and more trips are already planned. Previously unclassified types of bacteria have already been spotted in preliminary studies of the data from Venezuela, though we'll have to wait for the full report to see how useful they might be to the world of science.

"Every expedition reveals new geological and biological environments hidden underground," Sauro wrote for The Guardian back in 2014. "In effect, it's like exploring a new world, your next step visible thanks only to your lamp." 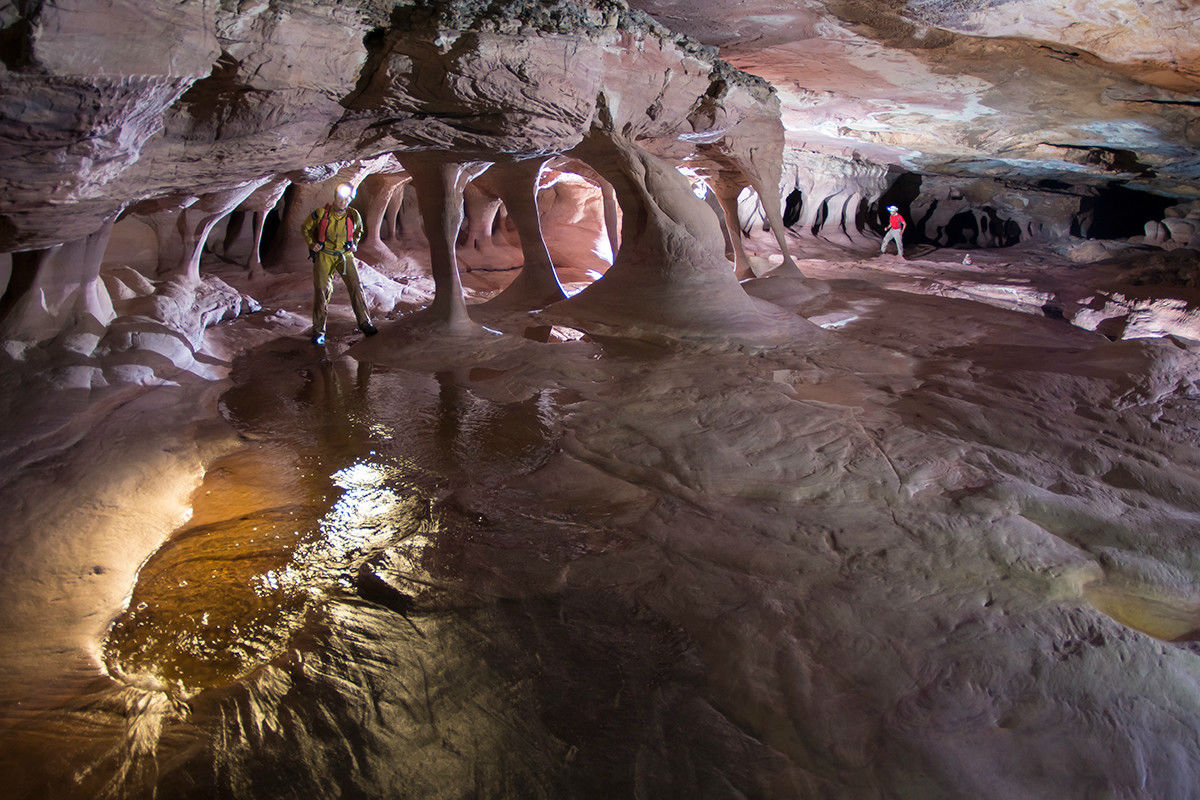