A Photographer Spent 12 Years Making This Milky Way Pic. It Will Crush Your Tiny Heart

Have you ever thought to yourself, "Gosh, I sure wish I could feel extremely small and awed right now"? Do we ever have the solution for you!

After over a decade of painstaking work, Finnish astrophotographer J-P Metsavainio has released an absolutely jaw-dropping 1.7-gigapixel mosaic of the plane of the Milky Way galaxy.

Metsavainio has been publishing his astrophotography online since 2007, but his work on the mosaic started in 2009, with photographing various nebulae around the Milky Way as independent compositions.

"The reason for a long time period is naturally the size of the mosaic and the fact that the image is very deep. Another reason is that I have shot most of the mosaic frames as individual compositions and publish them as independent artworks.

"That leads to a kind of complex image set which is partly overlapping with a lot of unimaged areas between and around frames. I have shot the missing data now and then during the years and last year I was able to publish many sub mosaic images as I got them ready first."

Stitching the images together was a matter of matching stars and overlaying them in Photoshop, with minor tweaking between the frames to match color balance and light curves, he explained. 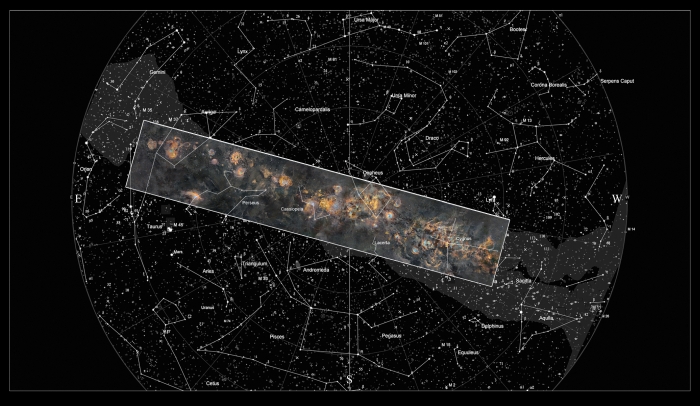 That's a significant swathe of the galactic plane, including about 20 million stars, and the full-size color image measuring 7,000 by 1,300 pixels is truly jaw-dropping. The colors you see represent the emission from ionized elements; hydrogen is shown in green, sulfur in red, and oxygen in blue.

"I think this is the first image ever showing the Milky Way in this resolution and depth at all three color channels," Metsavainio told photography website PetaPixel. 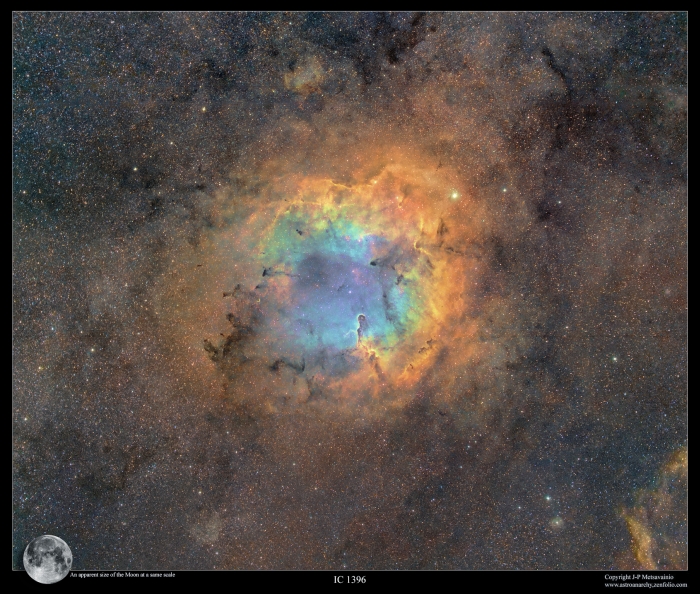 It makes for a magnificently dazzling view of our home galaxy, and one that we can't help but get lost in. If you are not sure where to start, or would like to know more about what you're looking at, Metsavainio has helpfully posted a series of frames from the mosaic on his blog, showcasing individual nebulae.

We can also most heartily recommend visiting his portfolio to take an awe-inspiring stroll through his body of work. His 3D animations of nebulae in particular will absolutely fill you with fernweh for interstellar space travel.