In the sci-fi universe of "Star Trek", spaceships with warp drives can zoom past the normally impenetrable limit of light speed, or about 186,282 miles per second (299,792 kilometers per second) in a vacuum.

This trouncing of theoretical physics makes reaching alien-rich planets across the galaxy seem like just a convenient TV-commercial-break-length trip away.

But a new animation by the planetary and space scientist James O'Donoghue, who used to work at NASA and is now employed by JAXA (Japan's national space agency), grounds the warp drives of those fictional spaceships in reality.

He says the work gives him "a sense of despair" about travelling through space, even at superluminal speeds.

O'Donoghue previously animated the speed of light within the solar system, and the results were depressing. After receiving widespread attention for those animations, he began wondering what going faster might look like in reality.

So O'Donoghue took the Federation starship USS Enterprise, commanded by Captain Jean-Luc Picard (played by Patrick Stewart) in Star Trek: The Next Generation, and sent it flying from the sun to Pluto at varying warp-speed velocities.

The animated video above, which O'Donoghue posted on Twitter on Monday, is almost as deflating as the scientist's first set of popular animations.

"I have genuinely felt a sense of despair at the distances involved in our solar system and beyond," O'Donoghue told Business Insider, adding: "It's been one of my aims to make everyone else feel as bad as me."

What @StarTrek's Warp Speeds actually look like with real-distance and in real-time! Are these faster or slower than you thought?#scificomm #scicomm
[Fan-made, per https://t.co/vqnG3VVy6R] pic.twitter.com/5uMrb7TuQS

Incidentally, a follow-on series titled Star Trek: Picard is scheduled to premiere on CBS All Access on January 23 and on Amazon Prime the following day, according to CNN.

There's no set-in-stone scale of "warp-factor" speeds in the "Star Trek" universe. Over the more than 50 years of productions, different series and episodes and movies throw out conflicting numbers.

However, Rick Sternbach and Michael Okuda – two technical advisers to The Next Generation series – published a technical manual in 1991 that includes some solid figures, and it's those numbers (vis-a-vis a Wikipedia page) that O'Donoghue said he leaned on for his animation.

That scale suggests a warp factor of 1 is light speed (shown below between Earth and the moon) and the typical upper limit warp of 9.99 is more than 2,140 times light speed.

O'Donoghue chose to depict the Enterprise flying away from the sun and across the solar system toward a finish line at Pluto.

The spaceship starts out at warp 1 and eventually accelerates to warp 9.9, or about 2,083 times light speed.

This last rate of travel is thousands of times faster than the physics of our Universe may ever permit.

However, travelling at a warp factor of 9.9 from one end of the Milky Way galaxy – a body of hundreds of billions of stars that may stretch 150,000 to 200,000 light-years wide, according to a recent study – to the other could take 96 years. That's almost a decade longer than an average human life span today.

Even considering the fastest "transwarp" (or "beyond warp") speed achieved by the Enterprise, which is about 8,323 times light speed, according to Star Trek: The Next Generation – Technical Manual, a transgalactic voyage would take 24 years. A transwarp voyage to Andromeda, which is the nearest galaxy to ours at about 2.5 million light-years away, would last about 300 years.

A quarter of a century is a gruelling amount of time that no holodeck, artificially intelligent companions, and extremely well-stocked spaceship bar may stack up against, let alone three centuries.

"It is difficult to feel sorry for them, however," O'Donoghue said of the people in the "Star Trek" Universe, since "we ourselves haven't achieved even a 10th of 1 percent of the speed of light in our fastest-ever spacecraft."

The fastest any human-built object has ever gone relative to the sun is about 119 miles per second (192 kilometers per second), or 430,000 mph (692,000 kilometers per hour). NASA's Parker Solar Probe briefly achieves this speed when it careens around the sun, and flying to Pluto from the sun at that rate would take nearly a year.

Engineers with the Breakthrough Starshot project are working toward achieving partial light-speed travel with tiny "nanocraft". 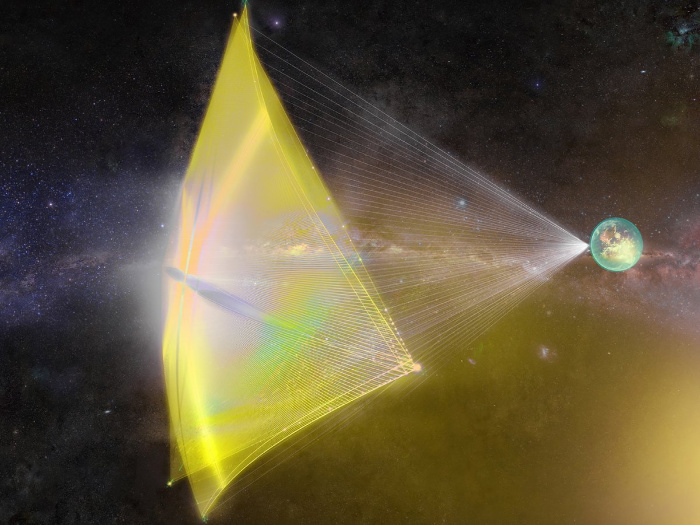 The idea is to rapidly accelerate them by shooting reflective light sails with powerful laser beams, ultimately flying them past nearby stars like Proxima Centauri (a red dwarf that just might host habitable planets).

Yet even at a planned cruise velocity of 20% of light speed, it could take more than 21 years for the probes to fly past and photograph the nearby star system. On top of that, it'd take another 4.24 years for their radio signals (travelling at light-speed) carrying image data to reach antennas on Earth.

If we really want to feel lonely, though, O'Donoghue thinks we need look no farther than science fiction itself.

"I think it adds a layer of isolation and grittiness to know that even our nearest star takes dozens of hours at a rarely used warp 9.9 to get to," O'Donoghue said.

"Perhaps this gives viewers a better sense of the magnitude of space and the frontier nature of the Federation ships and crew."

More from Business Insider:
Trending News
There's a 'Lost City' Deep in The Ocean, And It's Unlike Anything We've Ever Seen Nature2 days ago
This Island Appeared Out of Nowhere, With Life Forms Never Seen Before Nature2 days ago
Mysterious 'Zone of Uncertainty' Inside The Brain Reveals a Surprise Humans3 days ago