New research suggests the genetic coding behind skin pigmentation is more complicated than previously thought, involving a varying number of known and unknown genes depending on where in the world you're from.

With most earlier studies on the topic having looked at Eurasian people from higher latitudes, this time researchers focussed on around 400 individuals from the Khoesan populations of southern Africa, whose skin is much lighter than equatorial Africans.

The findings showed that while skin pigmentation is nearly 100 percent heritable, the genetics involved get more complicated the further you go towards the equator, and that's worthy of further investigation, according to the international team of researchers.

"Africa has the greatest amount of phenotypic variability in skin colour, and yet it's been underrepresented in large scale endeavours," says one of the researchers, Alicia Martin, from the Broad Institute of MIT and Harvard in Massachusetts.

"There are some genes that are known to contribute to skin pigmentation, but by and large there are many more new genes that have not been discovered."

Skin colour is generally considered to be a product of directional selection, where gene variants shift in one direction – so from darker to lighter skin in higher latitudes, and from lighter to darker skin in lower latitudes.

Comparing the genomes of the Khoesan against existing data on nearly 5,000 individuals from populations in Africa, Europe, and Asia, the researchers found that the populations closer to the equator showed signs of stabilising selection instead.

In other words, more genes are having an influence over skin pigmentation, and only about 10 percent of these genes have previously been linked to changes in skin colour.

Study participants were also interviewed, and had their weight and height logged, while skin colour was measured using a device called a reflectometer. The data collection process took a total of seven years.

The skin pigmentation in Africans turned out to be far more polygenic – affected by a number of genes working together – than in the lighter skin of Eurasians. If we're only concentrating on Eurasian subjects, we're missing a big part of the overall picture, according to the researchers. 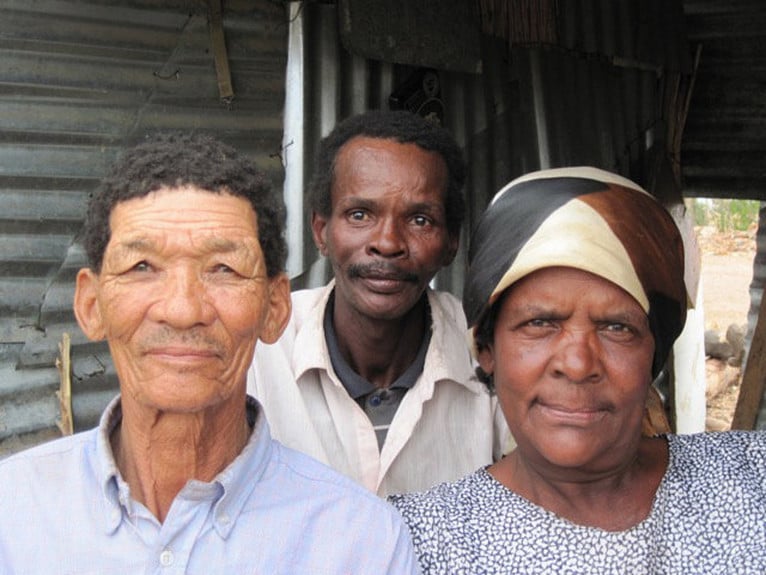 "In fact, the Khoesan are approximately fifty percent lighter than equatorial Africans. Ultimately, in northern latitudes pigmentation is more homogenous, while in lower latitudes, it's more diverse – both genetically and phenotypically."

One of the genes the team flagged up was SMARCA2/VLDLR. It's the first time this gene has been linked to skin pigmentation in humans, and it seems to play a role for the Khoesan.

Meanwhile a mutation in another gene, SLC24A5, was found in a much higher frequency in the people of the Khoesan than in Europeans: it may have been positively selected, or arrived through gene flow, or maybe even originated in the Khoesan.

The study throws up as many question as answers, but it does show that the story of how genetics affects skin colour is more complex than the one that's been told so far.

And that backs up research from earlier this year suggesting the concept of race is a deeply flawed one – it showed that the genetics behind our skin colour are actually more commonly shared across the world than you might think.

Now the research team behind the latest study wants to see more skin pigmentation analysis carried out on populations outside of Europe, and the data pooled in an online database for further research.

"The full picture of the genetic architecture of skin pigmentation will not be complete unless we can represent diverse populations worldwide," says one of the team, Brenna Henn from Stony Brook University in New York.