World Oceans Day is celebrated on 8 June, and this year Google is marking the occasion with some highlights of the underwater photography it's collected as part of its Street View program. There's brand new imagery for more than 40 locations around the world, including the Bahamas and the Great Barrier Reef, and you can see all of the locations through the Street View Oceans page.

The initiative is about more than sharing some impressive subaqueous photography, though - Google wants to draw attention to the preservation of these underwater kingdoms. "Mapping the ocean is key to preserving it," write Jenifer Austin and Brian Sullivan of the Google Ocean Program. "Each image in Google Maps is a GPS-located digital record of these underwater and coastal environments, which can be used as a baseline to monitor change over time. This comprehensive record of coral reefs showcases the beauty of these ecosystems and highlights the threats they face."

Google's Street View cameras have captured plenty of underwater creatures alongside the stunning backdrops: you can click around to view sea turtles, humpback whales, great white sharks and the giant sunfish. You rarely get a glimpse of such exotic wildlife on the roads and avenues that make up the standard part of the Street View service. As on land, you can move around underwater in some locations, following the arrows to swim along.

Google has also announced some partnerships for its continued efforts in exploring the ocean floor (and sharing the high-resolution imagery with the rest of us): NOAA's Office of National Marine Sanctuaries, Reef Check, Blue Ventures, Our World Underwater Scholarship Society and GUE's Project Baseline are the latest organisations to join Google in its endeavours. The tech giant also works closely with XL Catlin Seaview Survey to make sure its mapping is comprehensive and accurate.

Click through to some of the far-flung locations that Google has provided pictures for and you can read up on the local environments and the pressures they're under - rising global temperatures and increasing storm activity are putting large swathes of the Great Barrier Reef in danger, for example. "This World Oceans Day, we hope that you're inspired to learn more about ocean change," says Google's announcement. "So dive into the deeps of the sea and become engaged to protect the ocean and understand how it supports us, so that all of us can better support it in return." 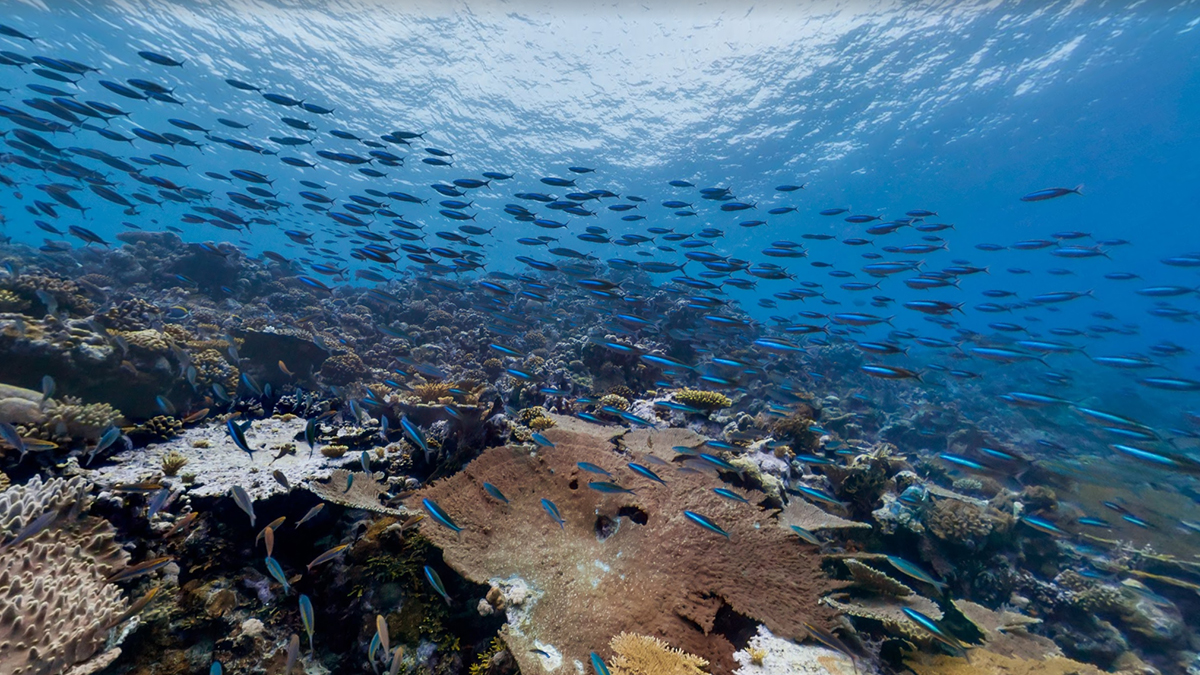 Street View was launched in 2007 in a limited number of cities in the United States, and has since been expanded across the world. The original fleet of cars has been augmented with backpacks and tricycles, and you can now find Street View coverage for skiing routes, famous natural wonders of the world and the interiors of airports and train stations.

Check out how XL Catlin Seaview Survey helps Google map the oceans in this Smarter Every Day video: