Here's What Happens to Your Body And Brain When You Orgasm

Though you don't need to have an orgasm to find sex pleasurable, it's definitely a great bonus.

In order to figure out what's going on our brains when we climax, researchers use fMRI (Functional Magnetic Resonance Imaging) Machines or a PET (Positron Emission Tomography) scans. These devices can measure the blood flow and neuron activity in the brain.

By studying the brain activity of people having orgasms in these machines, scientists have learned some pretty amazing stuff. INSIDER consulted with experts to find out exactly what happens in your brain when you have an orgasm.

1. The logical part of your brain basically shuts down during sex.

There's a reason why people tend to feel bolder and less inhibited during sex – the part of your brain in charge of your logical reasoning skills temporarily goes on vacation.

"The lateral orbitofrontal cortex becomes less active during sex. This is the part of the brain that is responsible for reason, decision making, and value judgments. The deactivation of this part of the brain is also associated with decreases in fear and anxiety," clinical psychologist Daniel Sher told INSIDER.

This shutdown of the lateral orbitofrontal cortex actually makes sense, as fear and anxiety can interrupt arousal and lead to problems like performance anxiety.

2. Multiple spatially remote parts of your brain are involved in having an orgasm.

The thalamus helps integrate information about touch, movement, and any sexual memories or fantasies that someone might call upon to help them reach orgasm. Meanwhile, the hypothalamus is busy producing oxytocin and may help coordinate arousal.

"Motor areas are also involved because the body is (hopefully) moving during the act, and the genital sensory cortex is registering touches to the body's nether regions," Sukel added.

3. When you orgasm, your brain releases a surge of dopamine.

During orgasm, your brain is working overtime to produce a slew of different hormones and neurochemicals. One of these is dopamine, a hormone that is responsible for feelings of pleasure, desire, and motivation.

As Sher explained, dopamine is formed in a part of the brain called the ventral tegmental area and released into other parts such as the nucleus accumbens and prefrontal cortex.

"Some refer to dopamine as a 'pleasure' chemical – though research has shown it offers us much more than just a good time. It's really more of a learning chemical, helping to take notice of rewards like food and sex, and figure out how to get more of them," said Sukel.

4. Oxytocin is released during both orgasm and breastfeeding.

Another hormone that the brain makes during orgasm is oxytocin. Secreted by the pituitary gland and released in the hypothalamus, this hormone makes us feel close to others and promotes affection.

"Oxytocin is known as the bonding hormone because it's also released during breastfeeding and is known to facilitate a sense of love and attachment," said Sher.

Prolactin is also released during orgasm and is responsible for that feeling of satisfaction that accompanies orgasm. It's also the main hormone responsible for milk production following pregnancy.

Of course, the release of oxytocin and prolactin during both sex and breastfeeding doesn't mean a person experiences the same sensations in both situations.

These hormones can play different roles in our bodies and are part of the brain's way of strengthening our social connections.

5. Having an orgasm stimulates your brain in the same way as doing drugs or listening to your favourite music.

Surprisingly, the brain doesn't differentiate much between sex and other pleasurable experiences. The parts of your brain that make you feel good after indulging in dessert or winning at poker are the same areas that light up during orgasm.

"Sex is experienced as pleasurable and this is because the reward pathways in our brains are activated during and leading up to orgasm. These are the very same networks that are activated in response to drug use, alcohol consumption, gambling, listening to your favourite song or enjoying a delicious meal," said Sher.

6. Your brain gives off chemicals that make you less sensitive to pain during sex.

It's not your imagination – the body really is less sensitive to pain during sex.

This may help explain why things that might make us wince in a non-sexual situation, like smacking or hair-pulling, aren't as painful during sex and can even be pleasurable.

7. Orgasm and pain actually activate some of the same brain areas.

The reason that some people derive sexual pleasure from experiencing pain might be related to the fact that orgasm and pain actually affect a few of the same areas of the brain.

"Several of the areas of the brain (namely, within the cortex) that are responsible for pain are active during orgasm," revealed Sher.

Although the relationship between pain and orgasm isn't yet fully understood, some research has shown that vaginal stimulation might actually reduce pain sensitivity in some people.

8. After an orgasm, the brain releases hormones that can make you feel happy and sleepy.

Once an orgasm has occurred, your brain tends to slow down. But it doesn't go off-duty entirely.

"In both men and women, the orgasm signals the parasympathetic nervous system to start down-regulating (or calming) the body. The prefrontal cortex, which was previously activated leading up to orgasm, also becomes down-regulated – and this is linked to increased levels of oxytocin to facilitate attachment," explained Sher.

Sukel added that the brain also churns out serotonin after an orgasm. This hormone is known to promote good mood and relaxation. In some people, serotonin can also lead to drowsiness and the desire to curl up for a nap.

9. However, the brains of women tend to keep releasing oxytocin even after orgasm.

All brains experience the release of oxytocin during sex, which is a hormone responsible in part for creating feelings of closeness and bonding. However, the brains of women behave a little differently after orgasm.

"In women, oxytocin tends to continue to be released after orgasm, which may explain the motivation for post-coital cuddles," noted Sher.

10. In people who are unable to feel genital stimulation, the brain might actually remap itself to allow them to reach orgasm.

Though we usually think of orgasm and sexual pleasure as being dependent on the stimulation of our genitals, that's not entirely true. In some cases, the brain can create new pathways to pleasure that don't involve our sexual organs at all.

"When organs are injured or removed, remapping of the senses may occur allowing us to experience sexual and orgasmic sensations in other body parts," O'Rielly explained.

In people who have suffered lower body paralysis, for example, the brain might actually rewire itself in order to allow a person to achieve orgasm through stimulation of other body parts, such as the skin of the arm or the nipples. 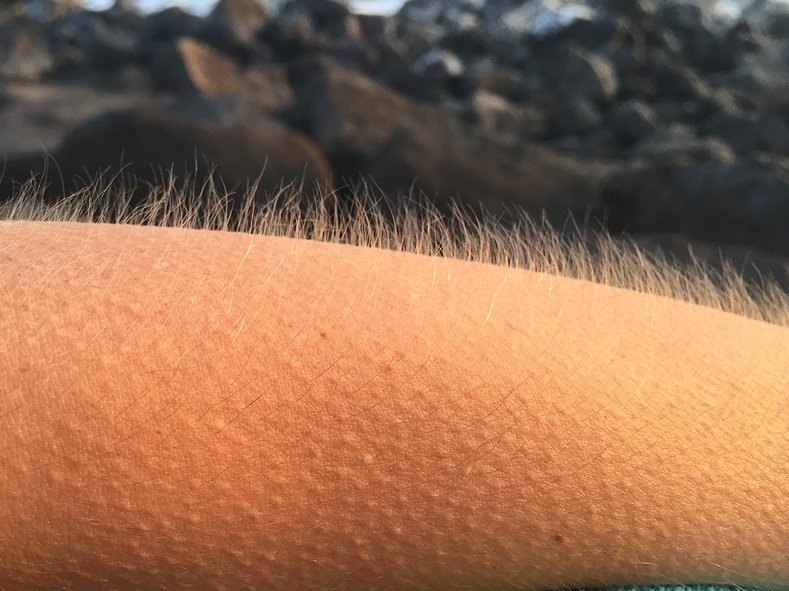 It's possible for some people to orgasm from the touching of skin. (Pixabay)

11. Orgasms might be nature's way of 'tricking' us into reproducing.

Orgasms are undoubtedly a good time, but they also might be the brain's sneaky way of getting us to reproduce.

"If you think about it objectively, the idea of risking your life and health to birth what's basically a parasite living in you for nine months, which you then have to raise for the next decade, is a lot of work. Mother Nature may be 'tricking' us to make sure the species doesn't die out," said Sukel.

Though scientists aren't entirely sure why we have orgasms, Sher pointed out that experiencing a moment or two of pure euphoria effectively rewards us for having sex. It reinforces this behaviour and keeps us coming back for more.

12. Having an orgasm might actually help keep your brain healthy.

Along with enticing us to reproduce, orgasming might also help keep our brains healthy.

"It may also be that, evolutionarily speaking, since this activity increases blood flow across the brain so dramatically, it may have developed in part to help keep the brain healthy, too," explained Sukel.

Research has also suggested that female orgasm may have once played a role in stimulating ovulation, though now ovulation occurs spontaneously and doesn't depend on sexual activity.