Retelling the 1986 Chernobyl disaster is an exercise in unburying the truth.

In the wake of the world's worst nuclear power plant accident, which forced the city of Pripyat in what was then part of the Soviet Union to evacuate after being exposed to toxic levels of radiation, Soviet officials publicly downplayed the incident.

To this day, scientists are still working to understand the effects of the fatal explosion.

What we do know is that the core of a nuclear reactor opened, sending plumes of radioactive material into the air. The toxic fumes not only contaminated the local vegetation and water supply but also poisoned nearby residents, some of whom went on to develop cancer.

Within three months of the disaster, more than 30 people had died of acute radiation sickness.

"We can only estimate the real effects on people's lives," said Jan Haverkamp, a senior nuclear energy expert at Greenpeace, who said the catastrophe most likely had a severe impact on hundreds of thousands of people.

While developing his HBO series, Chernobyl, the writer and producer Craig Mazin approached conflicting accounts of the event with a degree of caution.

"I always defaulted to the less dramatic because the things that we know for sure happened are so inherently dramatic," he told Variety's "TV Take" podcast.

For the most part, the documentary is hauntingly accurate – with the exception of a few artistic liberties. We fact-checked some of the major plot points from the series to determine what's true and what verges on myth.

Note: This article contains spoilers of episodes one through four.

MYTH: The Chernobyl fire gave off nearly twice the radiation of Hiroshima every hour.

Both Chernobyl and the bombing of Hiroshima, Japan, during World War II were catastrophic nuclear disasters. But Haverkamp said it's difficult to compare the radiation exposure of the two events. 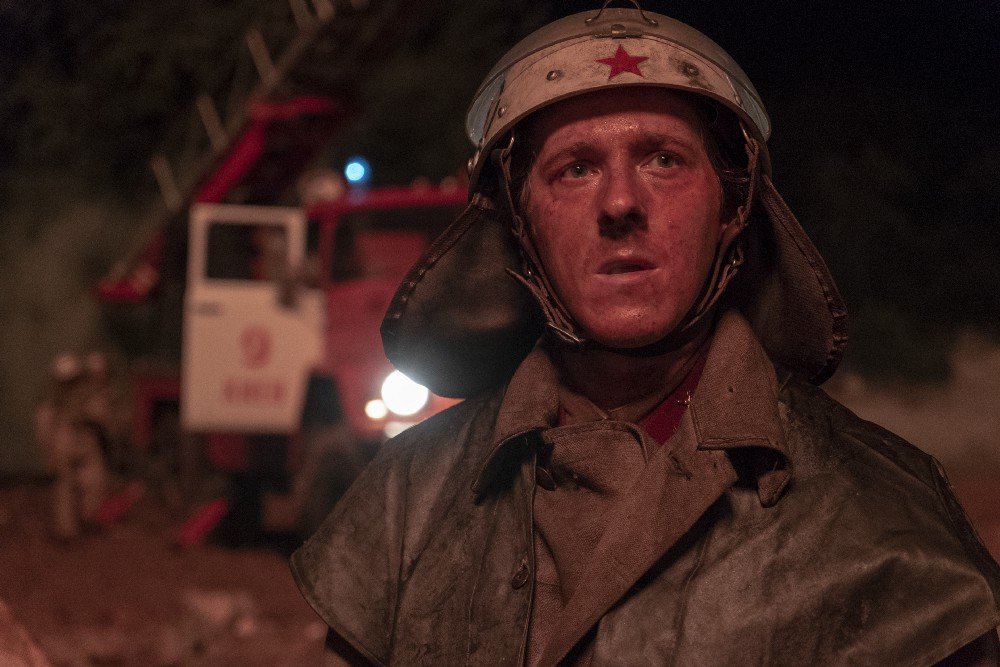 With Hiroshima, he said, the major health impact was caused by direct exposure to radiation. When a nuclear bomb explodes, he said, a person's radiation dose is determined by the person's distance from the point of exposure.

In Chernobyl, he said, "a lot of radioactive material was brought into the atmosphere." The material, he added, was then "spread over a very large area" and ingested by people over a long period of time.

FACT: The Soviets tried to use robots to clean the contamination site but eventually resorted to human labour.

In a horrifying scene in episode four, men throw blocks of radioactive graphite off the roof of the power plant – what the series calls "the most dangerous place on earth." In real life, the men were asked to clear 100 tons of radioactive debris from the area. 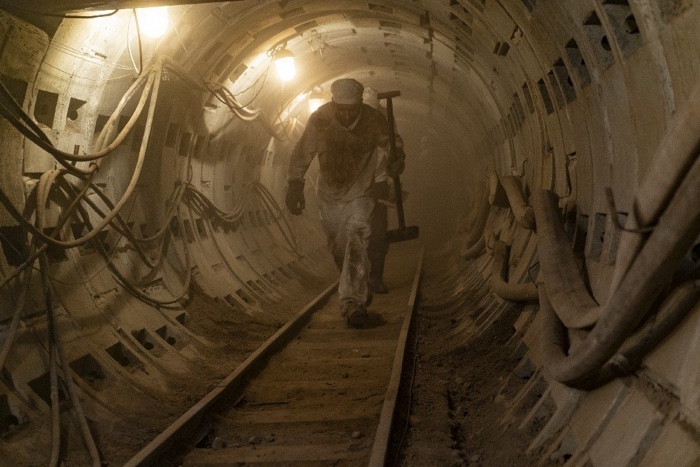 At a conference in 1990, the official who oversaw the cleanup efforts, Yuri Semiolenko, said the Soviets had initially tried to clear the site with remote-controlled robots. When the machines started breaking down in the toxic atmosphere, officials resorted to human labour.

Though advanced US robots could have aided the decontamination, tensions between the two countries dissuaded Ukraine from asking for help.

One of the series' main characters, a Soviet nuclear physicist named Ulana Khomyuk, is an amalgamation of many nuclear scientists involved in the Chernobyl cleanup. 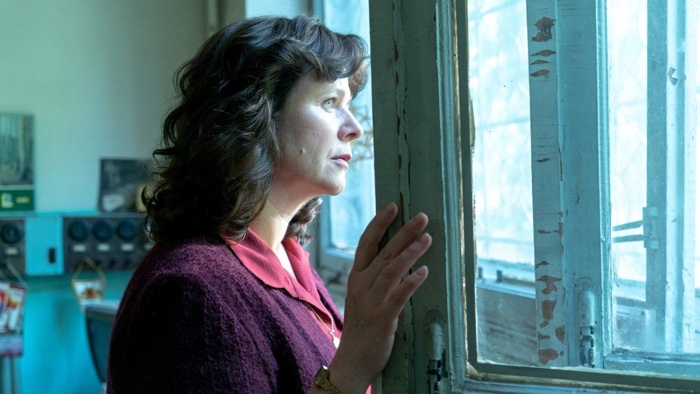 For Mazin, placing a female character at the heart of the investigation made historical sense.

"One area where the Soviets were actually more progressive than we were was in the area of science and medicine," Mazin told Variety.

"The Soviet Union had quite a large percentage of female doctors."

Chernobyl's chief scientific investigator, Valery Legasov, on the other hand, was a real person. As the opening episode reveals, Legasov recorded his personal account of the disaster before hanging himself in 1988.

FACT: Squads were ordered to shoot animals, which carried elevated levels of radiation.

One of the most harrowing scenes arrives in episode four, The Happiness of All Mankind, when a three-person Soviet squad is tasked with shooting stray animals near the reactor site. 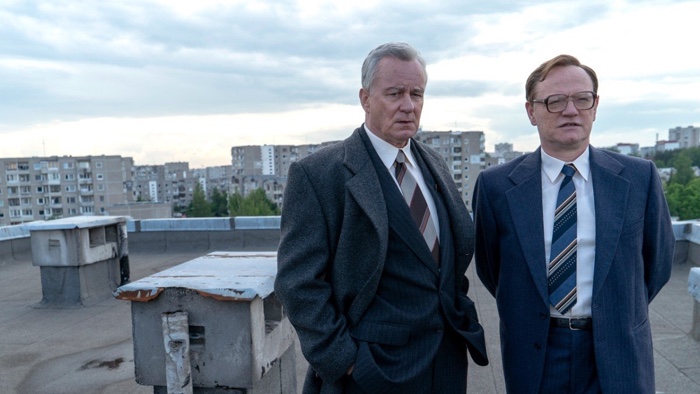 About 36 hours after the explosion, Pripyat residents were given just 50 minutes to gather their belongings and board the throngs of buses that had come to take them away. None were allowed to bring their pets.

Residents initially believed that they would return after three days, but the move turned out to be permanent. As orphaned dogs wandered the abandoned city, Soviet squads were ordered to kill them to avoid the spread of contamination.

About 300 stray dogs remain in the Chernobyl exclusion zone, but few live past the age of 6 because of radiation poisoning.

MYTH: A steam explosion following the disaster could have left much of Europe uninhabitable.

In the wake of the initial blast, nuclear physicists feared a second explosion caused by melting corium coming into contact with groundwater. 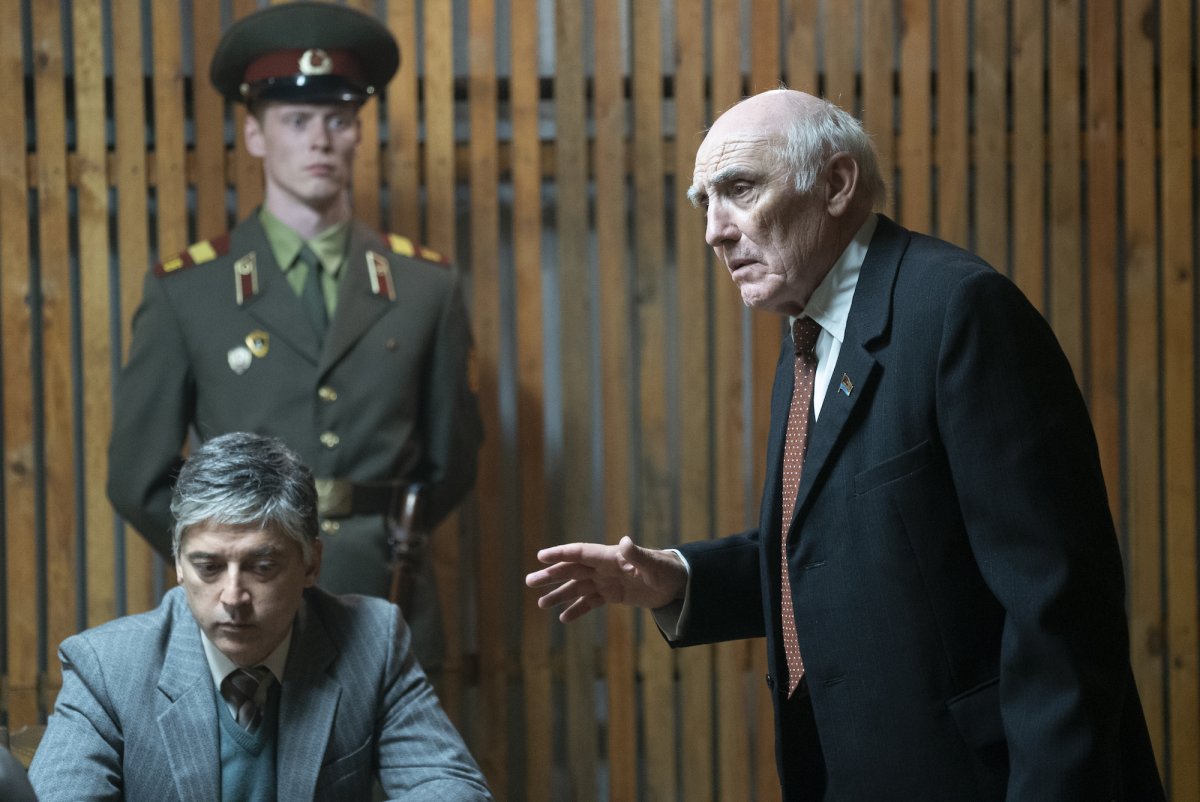 In episode two, Khomyuk informs the USSR that a follow-up explosion would carry a force of 2 to 4 megatons, which would wipe out "the entire population of Kiev and a portion of Minsk".

The release of radiation, she adds, would "impact all of Soviet Ukraine, Latvia, Lithuania, Belarusia, Poland, Czechoslovakia, Hungry, Romania, and most of East Germany".

Haverkamp said there were too many hypotheticals considered in this scenario.

"They're not saving the world," he said. "That situation might play out if all of the melting corium hit groundwater," he added, but when corium starts melting, it melts "in a very uneven way."

The claim that a second explosion would carry a force of up to 4 megatons, he said, was "an exaggeration".

FACT: A young firefighter with a pregnant wife died in a hospital shortly after the explosion.

A firefighter named Vasily Ignatenko and his wife, Lyudmilla, were scheduled to leave for Belarus the morning of the explosion, but their plans were curtailed when Vasily rushed to the power plant at about 1:30 am He promised to wake his wife when he got home, but his severe radiation poisoning forced him to be taken to the hospital. 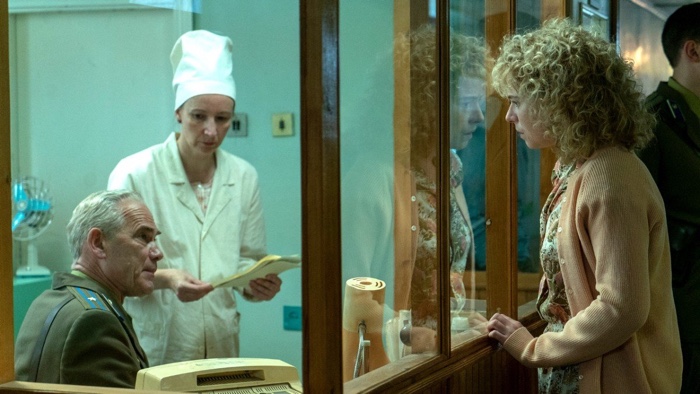 When Lyudmilla visited her husband, she was ordered not to touch him. "If you start crying, I'll kick you out right away," she recalled being told in the book Voices from Chernobyl.

Lyudmilla was pregnant at the time but lied to the radiologist to see her husband. Vasily died 14 days after the accident and was buried, as the series shows, in a zinc coffin. The documentary even shows Lyudmilla carrying her husband's shoes, which couldn't fit around his swollen feet.

Lyudmilla eventually gave birth to her baby, who died after four hours.

MYTH: A helicopter crashed shortly after the explosion.

The helicopter crash in episode two isn't all wrong, but it took place after the initial two weeks of recovery – not, as the episode suggests, in the immediate wake of the explosion. In a statement to Men's Health, Mazin said it was one of the few events that had to be moved around chronologically. 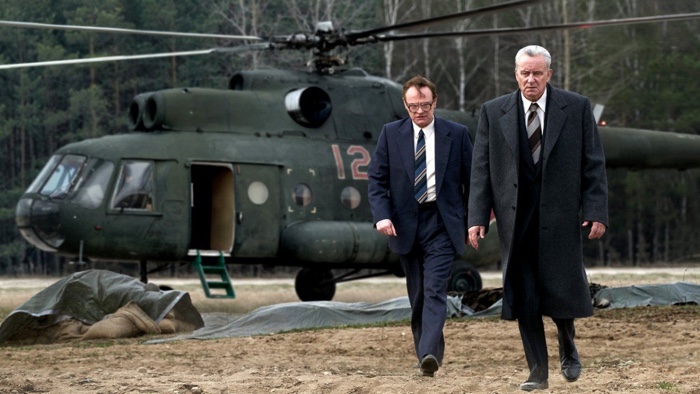 "I wanted people to know that this was one of the hazards that these pilots were dealing with – an open reactor. Radiation was flying over it," he told the site.

The series shows the helicopter colliding with a crane and cascading to the ground – an event that's represented even more dramatically in real-life footage.

Haverkamp said the air movements surrounding the reactor were unpredictable, but what caused the crash "was indeed hitting the crane."