Here's What It Looks Like Inside The Frozen Svalbard 'Doomsday Vault'

We've long imagined scenarios in which, because of disaster, climate change, or nuclear war, life as we know it comes to an end, with parts of the Earth rendered inhospitable with widespread environmental devastation.

Hidden approximately 400 feet (122 metres) deep inside a mountain on a remote island between mainland Norway and the North Pole, the Svalbard Global Seed Vault is designed to come to our rescue if that happens.

Svalbard is the northernmost place in the world that still has scheduled flights, according to the Crop Trust, the group in charge of the global seed bank system. Since the vault is buried in permafrost, it could stay frozen at least 200 years, even if the power were to go out. The vault has seeds from more than 60 institutions and almost every country in the world, collected from the more than 1,500 global gene banks that store samples of seeds from all the crops native to the region they're in.

A technician at the International Maize and Wheat Improvement Centre (CIMMYT), packs samples of wheat seeds: The Svalbard vault is the central fail-safe for all those seed banks. Backups are sent to Svalbard in case a disaster ruins the samples at the home seed bank. Technicians at CIMMYT sort samples of wild maize seeds, known as Teocintle, at the centre in Texcoco, on the outskirts of Mexico City.

That way, the genetic diversity of crops around the world is kept safe. Seed samples are sent to Svalbard in large boxes, which are scanned with X-rays after they get to the island to make sure that they have nothing but seeds inside. The rooftop and part of the facade of the building is a work of art with a light installation by Dyveke Sanne, since all public buildings in Norway are legally required to have art. The vault is unlocked only for deposits, which happen three or four times a year. There are five doors with coded locks that anyone looking to get into the vault has to pass through. Plus, The Crop Trust says that polar bears - which outnumber humans on the island - provide an extra "layer of security". The warning sign says "Applies to all of Svalbard territory."

The temperature inside is kept to -18 degrees Celsius, cold enough to keep the sealed seeds viable for - in some cases - thousands of years. An interior door from the main chamber into one of the three vault rooms.

Inside, seeds are moved to a trolley and rolled into the vault's main chamber. So far, there are more than 860,000 samples in the vault, collected since Svalbard opened in 2008. Each sample contains 500 seeds. But there's enough space in the vault's three main rooms to store 4.5 million samples, which would be more than 2 billion seeds. The seeds arrive sealed in foil and are kept inside sealed boxes to prevent any spoilage. A seed sample is filled at a centre in Texcoco, on the outskirts of Mexico City. That showed that the vault could serve its function, but hopefully there will be no need for another withdrawal in the near future.

"It illustrates why we built it," Cary Fowler tells my colleague Lydia Ramsey.

"Loss of that collection would be irreplaceable. … I tell people it's a great story - a sad story - of the seed vault functioning as an insurance policy." 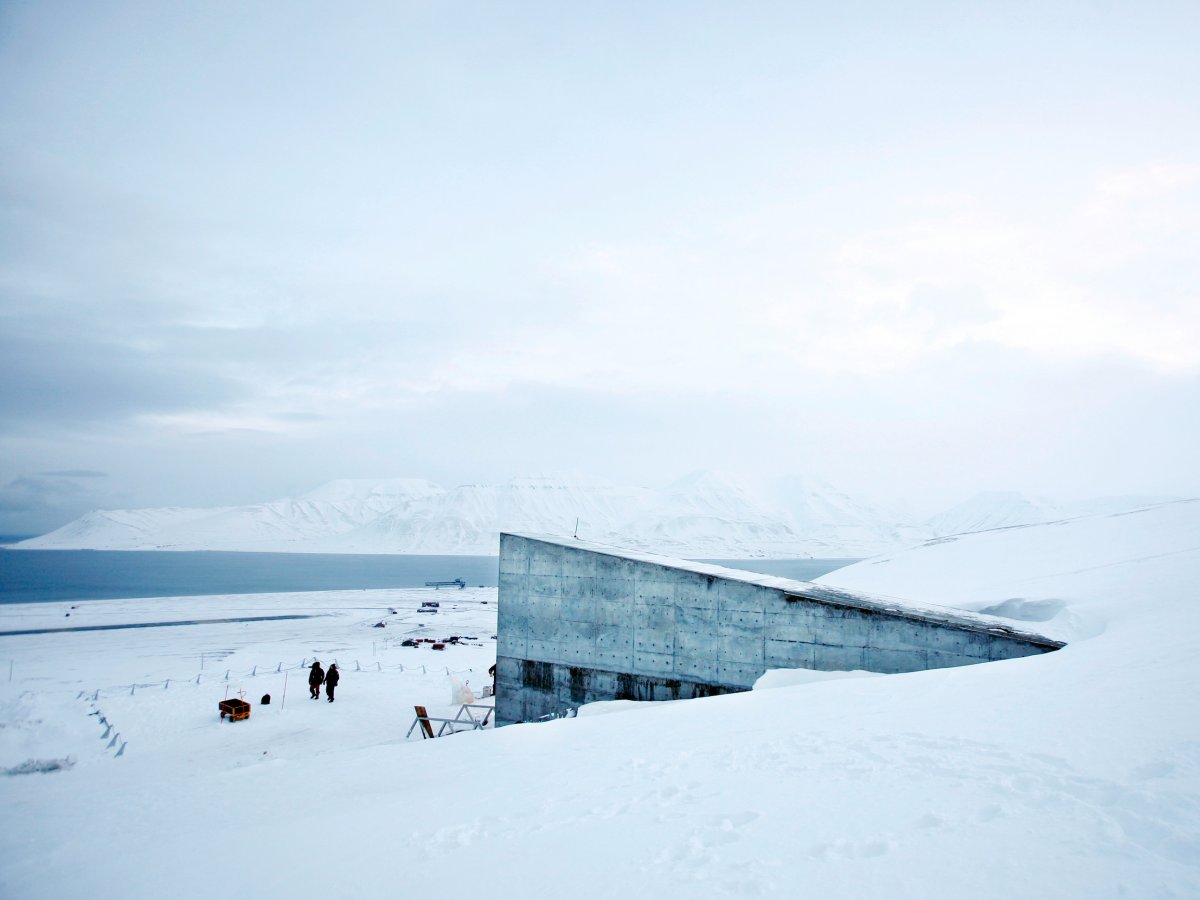