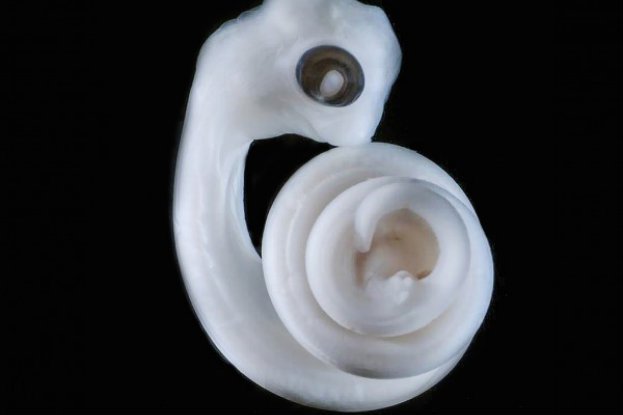 Here's Why Some Animals Have Two Penises

Scientists in the US have solved one of the biggest mysteries in evolutionary biology - how the penis develops, and why animals such as snakes and lizards have two, while mammals and birds are stuck with one.

The research reveals that, in reptiles, the penis grows from the tissues that will become hind legs (or in snakes, used to become legs), so two penises form. But in mammals and birds the penis comes from tissue that will eventually become a tail, so only one penis forms.

Not only does this research help us understand more about the evolution of mammals and sexual reproduction in animals, but it will also help scientists better understand genital malformations in humans.

Importantly, the research reveals that in all animals the development of the penis is controlled by the cloaca - a cavity at the end of the digestive tract that serves as the bodily exit for an animal's digestive, urinary, and reproductive systems.

During development, the cloaca sends out molecular signals that recruit the surrounding tissue and tell it to turn into a penis. But its location varies drastically across animals, hence the variation we see in penis formation.

The discovery is published today in Nature.

The study provides insight into what happened as vertebrates moved onto the land from the sea, a transition that triggered the evolution of sex organs. In the ocean, marine animals just need to release their sperm and eggs into the water to create offspring. Terrestrial mammals on the other hand, need external genitalia so that reproduction can occur inside the female's body. This enables the sperm to swim to the egg, preventing gametes from drying out.

But not all vertebrates developed external genitalia in the same way - squamates (snakes and lizards) evolved two penises, even though they only use one during mating, whereas amniotes (birds and mammals), evolved just one (but that one can come in many shapes and sizes).

Why these differences occur was poorly understood, and up until now researchers were unsure how the penis developed in the embryonic stage.

The researchers from Harvard Medical School’s Department of Genetics in the US looked into the gene regulatory networks that control the activation of genitalia development in mice, lizards, chickens and snakes, and used genetic markers to track the cells that would eventually become the penis.

Their results revealed that in snakes and lizards, the penis arises from the same tissue that forms the reptile’s back legs. Whereas in mice, the penis is built from ‘tail-bud’ tissue.

But they also found that across all the species, the cloaca appeared to be in charge of this development, and it was the position of the cloaca that determined whether the penis would form from leg-bud tissue and turn into two penises, or from tail-bud tissue and become just one.

“Wherever you put the cloaca, that determines what cell types you recruit,” Patrick Tschopp, biologist and lead author, told Elizabeth Pennisi from the American Association for the Advancement of Science.

The scientists proved their theory by grafting the cloaca from a chicken embryo, which is usually found near its tail bud, next to the leg-bud tissue.

Sure enough, the presence of the cloaca caused this tissue to turn into genitals.

The next step is for Tschopp and his team to find out why the cloaca tissue is positioned differently in reptiles and amniotes. They’re hoping this will help them better understand what’s going on in human genetic malformations, and also help scientists better understand how the female genitalia, in particular the clitoris, form.

"This is a great study," Denis Duboule, chairman of the department of genetics and evolution at the University of Geneva, who wasn't involved in the study, told Rachel Feltman from The Washington Post. "The truth is that when you start understanding these things, you also understand what can go wrong when they don't work properly. But that's a whole other story."