Here's Why You Get Those Annoying Static Electricity Shocks

There are a lot of reasons to hate winter. It's cold. It's dark. And for some reason, every time you trek through the cold to touch a doorknob or a car handle, you get an uncomfortable shock.

This is all thanks to static electricity, which LiveScience explains is when electric charge builds up on the surface of an object. Take this sad tale of a boy and his trampoline for instance.

In the gif below, as the boy jumps up and down, rubbing his feet on the trampoline, he picks up extra electrons. That's why his hair stands straight up in the air: all of the negative charges building up in his body want to repel each other.

But when the boy reaches out and touches fingers with his dad, all of those extra electrons that were building up in his body leap from his finger to his dad's finger, giving him a painful zap.

It's the same thing when you walk across a room, shuffling your feet across the carpet as you go. As your feet rub against the carpet, your body either steals or abandons electrons (depending on what you're wearing on your feet).

So when you reach for the doorknob, millions of extra electrons leap from you to the knob (or from the door knob to you), giving you a shock.

As Weather Network explains, it's worse in the winter because cold air doesn't hold as much moisture as warm air.

Even with your thermostat turned up, the air being sucked into your home and heated is still that same, dry winter air, and so it has less moisture than summertime air at the same temperature.

Because water is a good conductor, moisture provides a path of sorts for the electrons to move off your body before they have a chance to build up. This disperses the static in small, undetectable bursts, rather than one painful shock.

There are a few ways you might be able to avoid these shocks. 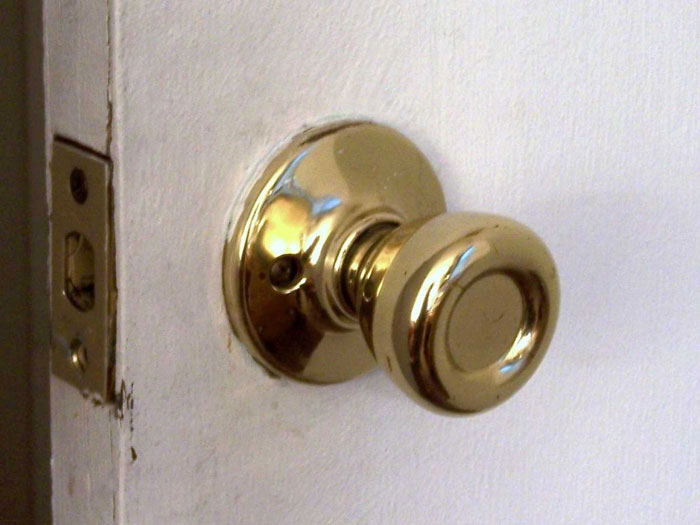 If you put a humidifier in your home, Lifehacker suggests, it will add some moisture to the air, which will help cut down on shocks.

You can also avoid wearing materials like wool, leather, and rubber on your feet. These materials are powerful insulators, which means that when you walk across a carpet, they're more likely to hold onto an electric charge.

So those charges are more likely to build up in your body and lead to a shock the second you touch a conductor, like metal.

Carrying around something metal, like a set of keys, can help dissipate the energy before it builds up. Another interesting trick to avoid electrostatic shocks is to carry around some dryer sheets.

According to HowStuffWorks, dryer sheets are useful when you're doing laundry because they balance out the electrons in your clothes (which gather a negative charge from all of the loose electrons) with positively charged ions, preventing static cling.

If your problem is that you've picked up a few too many electrons, dryer sheets will prevent those electrons from clinging to you.

So maybe your winter will always be cold and dark. But at least this time around it might not be as shocking.