The Spider Scientist Who Hates Spiders, And Other Strange Tales

Robert Raven does not love spiders.

They make his skin crawl and give him cold sweats. They have chased him out of his tent. They have kept him awake at night by lurking on his bedroom wall. Sometimes, when he's very tired, he can't even bear thinking about or looking at spiders.

This might sound like a reasonable position to you, but for Raven it's quite unexpected. That's because Robert Raven is an arachnologist at the Queensland Museum in Australia, and has spent his entire career, more than 40 years, working with and studying these eight-legged fear factories.

It started, Raven says, with his father. He was a mining engineer, and his job took him into cobweb-shrouded caves. He'd light a roll of newspaper on fire and - fwoof! - sear the webs away. The spiders, he told his small son, would fall out of the webs and down the back of his neck.

"The picture of that was quite frightening. And it stuck with me. And I didn't realise that until I started trying to dissect why I was feeling that way. So I thought, all right, you have to learn, you have to face your fear," Raven told ScienceAlert.

"And that's how I got into the spider world."

The natural world is a vast and wondrous place, filled with all manner of creatures. Some people delight in the powerful carnivores, others in the colourful riches of the coral reefs. Most of us can easily understand the lure of these creatures.

But some scientists love the loathly and adore the abhorrent, the creatures that largely inspire fear and disgust in most people.

For entomologist Ed Baker of the University of York and the Natural History Museum in the UK, that's cockroaches. Think of a cockroach, and you probably think of dark, dingy corners, of germ-covered roach feet scuttling across your kitchen counter.

But to Baker, who arrived at studying cockroaches tangentially, off the back of studying stick insects, they represent a class of creatures that are extremely understudied and poorly understood.

There are around 4,000 known species of cockroach, he explains. At a conservative estimate, that's around half of the actual cockroach species in the world. And of all those species, known and unknown, only about 40 are pests.

"We know pretty much all of their biology, they've been used as model organisms, and science for all kinds of things," he told ScienceAlert.

"And then you go into the forest somewhere and see a cockroach and there's a good chance it's a new species. Or if it's not, there's a good chance we know absolutely nothing about its ecology. And whenever anyone has the time to start studying a species, you learn so much new stuff - like weird vibrationary behaviours, or mate interactions. There's just so much to know."

This theme also resonates with entomologist Bryan Lessard of Australia's Commonwealth Scientific and Industrial Research Organisation (CSIRO). Lessard studies some of the most loathed insects of all - flies, maggots, and mosquitoes.

His entry into entomology was somewhat oblique. He was studying biotechnology at university, for which he attended a lecture on forensic entomology - using insects to solve crimes. Specifically, maggots. 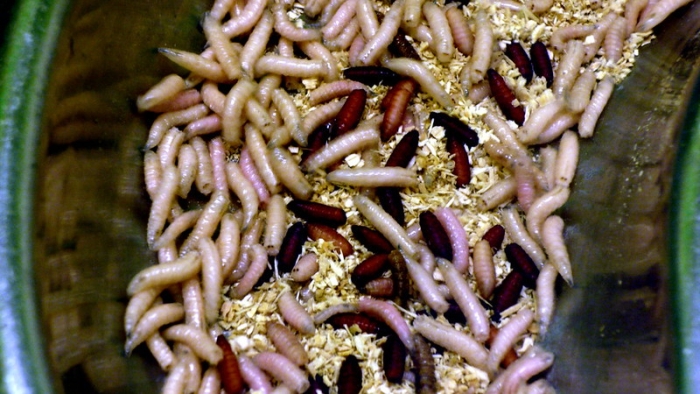 "From then on, I was hooked," Lessard says. He carved out a career studying flies after falling in love with them during his PhD, and in the last decade has formally described and named 50 species that are new to science.

"Flies are super biodiverse, with more than 160,000 species known in the world. But the proportion of researchers studying these animals is inverted, with more people interested in studying 'charismatic' vertebrates than flies. That's why we are still discovering hundreds of new species of fly each year."

In all three fields of study, on a surface level, our aversion seems to make sense.

Spiders aren't just venomous (which is a reasonable thing to be afraid of); there's evidence to suggest that the way they move, their erratic unpredictability, makes them scary to us as well, and that our fear of them is innate.

Robert Raven says this is an understandable fear, but it's one that can be subverted.

"When you think of the animal as a horrible, intensely frightening organism, then you automatically generate your threatened position," he told ScienceAlert.

"If you look at it as we try to get the kids to do - look at those beautiful hairs on the legs, and here's a photograph showing what the hairs look like really close up - they're just so amazing." 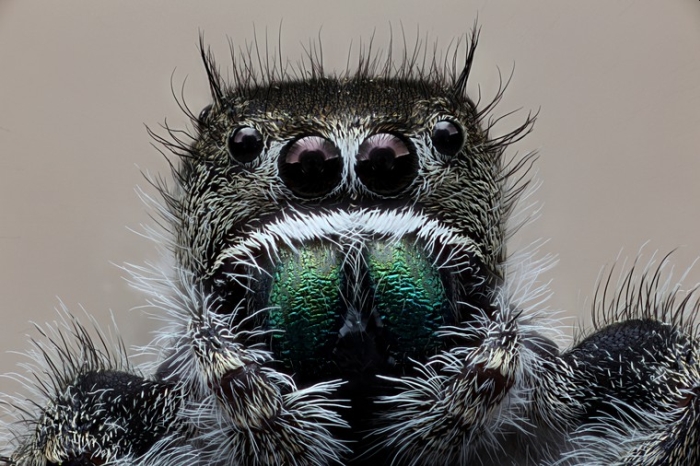 We associate both flies and cockroaches with disease, bacteria and unsanitary conditions. This, according to both Lessard and Baker, is deeply unfair to the animals.

"If you pick one up, and then you put it down, it will probably clean itself because it thinks the oils from your hand are dirty, and they spend quite a lot of time cleaning their feet and cleaning their antennae, because they're their sensory organs.

"So they're actually pretty clean animals, it's just they're associated with dirt and mess that humans have made. So it's really our fault, not the cockroaches'."

The same can be said for flies. In our mind's eye, we make these insects out to be more disgusting than they truly are. 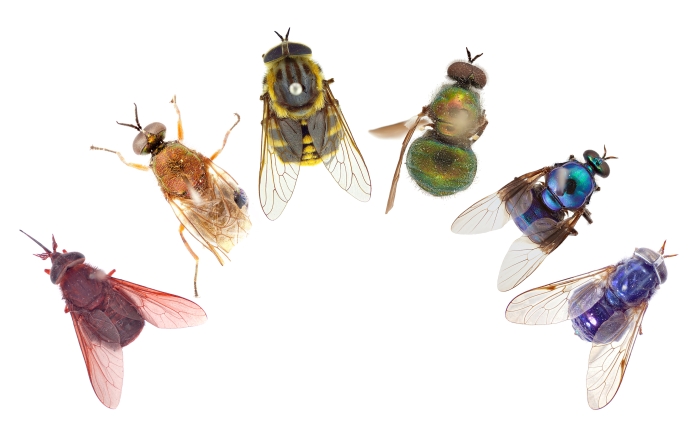 "Growing up, I used to think flies were dirty, disgusting and should be exterminated. Jeff Goldblum turning into a mutated fly hasn't helped people fall in love with flies," says Lessard.

"It wasn't until I started learning more about flies that I discovered their importance in the environment. Yes, some species of blowfly can occasionally contaminate our food, but the majority of species do not bug humans."

What is most notable about all three scientists is that their aversions and misconceptions were overridden by curiosity and fascination. But it's more than that. It seems that knowledge and understanding can lessen our prejudices towards creatures we find repellent.

Baker thinks that cockroaches may become more appealing when you learn there are many similarities between them and other animals. Some cockroach mothers carry their babies around in pouches under their wings, like marsupials; others have horns that they use to fight over mating rights, like deer. Another desert cockroach has long legs it uses to jump, like a desert jumping mouse.

"And there are some species," Baker says, "where the young bite into the membranes and feed off the mother's blood or haemolymph, which is a bit gross, but it's kind of like the start of suckling behaviour."

Even maggots are more useful than they are gross, as Lessard points out. Without these wriggly worms cleaning up our rotting organic refuse and recycling it into nutrients, the world would be a lot more disgusting. Maggots can help forensic scientists gauge how long someone has been dead, and they are extremely useful for cleaning septic wounds, since they only eat dead flesh.

And did you know that flies are pollinators? 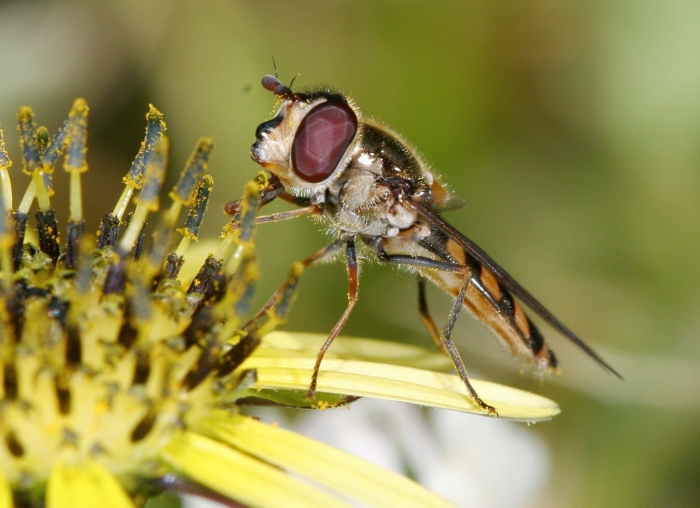 "Without flies, we would not have chocolate, since flies are the biggest pollinators of the cocoa plant," Lessard told ScienceAlert.

"We are only just discovering how useful flies are as pollinators. Blowflies, the ones that you might see buzzing around your garbage, are fantastic pollinators of native Australian plants. Researchers from the University of New England have shown that blowflies carry twice as much pollen as the European honey bee and are better at pollinating mango and avocado orchards."

So, sure. These critters are not as disgusting as you might think at first. That said, intense fear of spiders is a little more difficult to conquer than mere repulsion towards blowflies. Raven says he has never quite managed to overcome the fear in his decades as an arachnologist, but there are experiences that trump the fear.

For instance, he relishes the challenge of overcoming his phobia. And he loves connecting with people about spiders, hearing their stories, and helping them overcome their own phobias.

"I love the interaction with people over them, those people teach me about spiders and some of them are very knowledgeable, good eyesight, they see things that I don't see," he says.

"I now have thousands of eyes because of social media. And I hear people's stories, not just about freaky interactions - those are funny - but you hear the most amazing stories about how people dealt with a spider bite. And they just blow your mind." 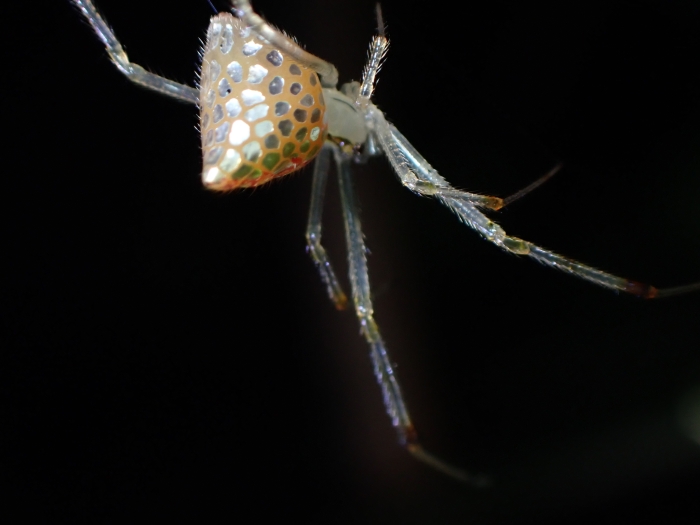 Learning how different spiders behave and navigate the world can be a source of amazement, too. Raven explains that there is a spider that glitters like a disco ball, and another that spins a chemical into its web that mimics the pheromones of female moths. When the male moths come looking for a mate, the spider whacks them with the web and hauls them in.

He's currently researching a tiny Australian spider that finds leaves with holes gnawed by insects. It hides behind the leaf, using the hole as a trapdoor, and waits for a passing insect. Then, the spider pounces through the hole.

"I was just transformed. I thought: 'ah, such a wonder'," Raven says of learning about this hunting method. He may not love spiders, but sometimes, listening to him speak about them, you could be forgiven for thinking that he does.

"I should be looking at retirement. But I've got so many exciting, different works, documenting these amazing spiders, that I don't want to stop."