Since the 1990s, astrophysicists have known that for the past few billion years, the Universe has been experiencing an accelerated rate of expansion.

This gave rise to the theory that the Universe is permeated by a mysterious invisible energy known as ' dark energy', which acts against gravity and is pushing the cosmos apart.

In time, this energy will become the dominant force in the Universe, causing all stars and galaxies to spread beyond the cosmic horizon.

At this point, all stars and galaxies in the Universe will no longer be visible or accessible from any other. The question remains, what will intelligent civilizations (such as our own) do for resources and energy at this point?

This question was addressed in a recent paper by Abraham Loeb – the Frank B. Baird, Jr, Professor of Science at Harvard University and the Chair of the Harvard Astronomy Department.

As he indicates in his study, when the Universe is ten times its current age (roughly 138 billion years old), all stars outside the Local Group of galaxies will no be accessible to us since they will be receding away faster than the speed of light.

For this reason, he recommends that humanity follow the lesson from Aesop's fable, The Ants and the Grasshopper.

This classic tale tells the story of ants who spent the summer collecting food for the winter while the grasshopper chose to enjoy himself.

While different versions of the story exist that offer different takes on the importance of hard work, charity, and compassion, the lesson is simple: always be prepared.

In this respect, Loeb recommends that advanced species migrate to rich clusters of galaxies.

These clusters represent the largest reservoirs of matter bound by gravity and would therefore be better able to resist the accelerated expansion of the Universe.

"In my essay I point out that mother Nature was kind to us as it spontaneously gave birth to the same massive reservoir of fuel that we would have aspired to collect by artificial means."

"Primordial density perturbations from the early universe led to the gravitational collapse of regions as large as tens of millions of light years, assembling all the matter in them into clusters of galaxies – each containing the equivalent of a thousand Milky Way galaxies."

Loeb also indicated where humanity (or other advanced civilizations) should consider relocating to when the expansion of the Universe causes the stars of the Local Group to expand beyond the cosmic horizon.

Within 50 million light years, he indicates, likes the Virgo Cluster, which contains about a thousands times more matter than the Milky Way Galaxy. The second closest is the Coma Cluster, a collection of over 1000 galaxies located about 336 million light years away. In addition to offering a solution to the accelerating expansion of the Universe, Loeb's study also presents some interesting possibilities when it comes to the search for extra-terrestrial intelligence (SETI).

If, in fact, there are already advanced civilizations migrating to prepare for the inevitable expansion of the Universe, they may be detectable by various means. As Loeb explained:

"If traveling civilizations transmit powerful signals then we might be able to see evidence for their migration towards clusters of galaxies."

"Moreover, we would expected a larger concentration of advanced civilization in clusters than would be expected simply by counting the number of galaxies there."

"Those that settle there could establish more prosperous communities, in analogy to civilizations near rivers or lakes on Earth."

This paper is similar to a study Loeb conducted back in 2011, which appeared in the Journal of Cosmology and Astroparticle Physics under the title "Cosmology with Hypervelocity Stars".

At the time, Loeb was addressing what would happen in the distant future when all extragalactic light sources will cease to be visible or accessible due to the accelerating expansion of the Universe.

This study was a follow-up to a 2001 paper in which Loeb addressed what would become of the Universe in billions of years – which appeared in the journal Physical Review Letters under the title "The Long–Term Future of Extragalactic Astronomy".

Shortly thereafter, Loeb and Freeman Dyson himself began to correspond about what could be done to address this problem. 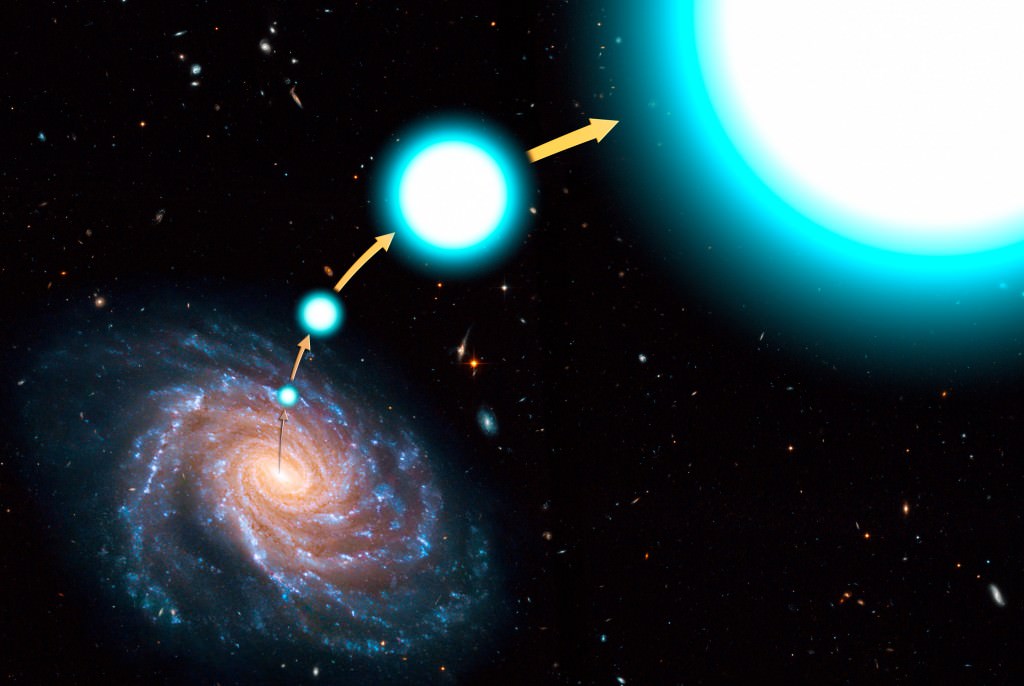 Their correspondence was the subject of an article by Nathan Sanders (a writer for Astrobites) who recounted what Loeb and Dyson had to say on the matter. As Loeb recalls:

"A decade ago I wrote a few papers on the long-term future of the Universe, trillions of years from now. Since the cosmic expansion is accelerating, I showed that once the universe will age by a factor of ten (about a hundred billion years from now), all matter outside our Local Group of galaxies (which includes the Milky Way and the Andromeda galaxy, along with their satellites) will be receding away from us faster than light."

"After one of my papers was posted in 2011, Freeman Dyson wrote to me and suggested to a vast "cosmic engineering project" in which we will concentrate matter from a large-scale region around us to a small enough volume such that it will stay bound by its own gravity and not expand with the rest of the Universe."

At the time, Loeb indicated that data gathered by the Sloan Digital Sky Survey (SDSS) indicated that attempts at "super-engineering" did not appear to be taking place. This was based on the fact that the galaxy clusters observed by the SDSS were not overdense, nor did they exhibit particularly high velocities (as would be expected).

To this, Dyson wrote: "That is disappointing. On the other hand, if our colleagues have been too lazy to do the job, we have plenty of time to start doing it ourselves."

A similar idea was presented in a recent paper by Dan Hooper, an astrophysicist from the Fermi National Accelerator Laboratory (FNAL) and the University of Chicago.

In his study, Hooper suggested that advanced species could survive all stars in the Local Group expanding beyond the cosmic horizon (100 billion years from now), by harvesting stars across tens of millions of light years.

This harvesting would consist of building unconventional Dyson Spheres that would use the energy they collected from stars to propel them towards the center of the species' civilization.

However, only stars that range in mass of 0.2 to 1 Solar Masses would be usable, as high-mass stars would evolve beyond their main sequence before reaching the destination and low-mass stars would not generate enough energy for acceleration to make it in time.

But as Loeb indicates, there are additional limitations to this approach, which makes migrating more attractive than harvesting.

"First, we do not know of any technology that enables moving stars around, and moreover Sun-like stars only shine for about ten billion years (of order the current age of the Universe) and cannot serve as nuclear furnaces that would keep us warm into the very distant future."

"Therefore, an advanced civilization does not need to embark on a giant construction project as suggested by Dyson and Hooper, but only needs to propel itself towards the nearest galaxy cluster and take advantage of the cluster resources as fuel for its future prosperity."

While this may seem like a truly far-off concern, it does raise some interesting questions about the long-term evolution of the Universe and how intelligent civilizations may be forced to adapt.

In the meantime, if it offers some additional possibilities for searching for extra-terrestrial intelligences (ETIs), then so much the better.

And as Dyson said, if there are currently no ETIs preparing for the coming "cosmic winter" with cosmic engineering projects, perhaps it is something humanity can plan to tackle someday!