A "Game-Changing" 10,000-Year-Old Neolithic City Has Been Unearthed Near Jerusalem

A giant human settlement dating back to the Stone Age has been discovered near Jerusalem, and researchers say it's not just the largest of its kind in Israel, but one of the most monumental such cities ever found.

The sprawling Neolithic mega-site, unearthed in the neighbourhood of Motza about 5 kilometres (3 miles) to the west of Jerusalem, was first founded over 10,000 years ago, and by its peak a millennium later would have been a bustling centre of trade and activity for some 2,000–3,000 Stone Age city-dwellers.

"This is most probably the largest excavation of this time period in the Middle East, which will allow the research to advance leaps and bounds ahead of where we are today, just by the amount of material that we are able to save and preserve from this site," archaeologist Lauren Davis from the Israel Antiquities Authority, which is conducting the excavation, told Reuters. 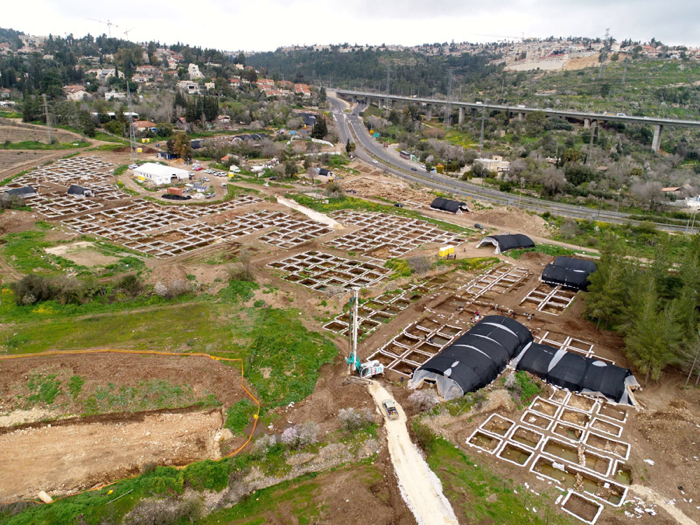 While we don't know the original name of this ancient metropolis that pre-dates Stonehenge and the pyramids of Ancient Egypt, an ongoing dig at the site – which has been underway for 18 months – has already uncovered the footprint of a city that grew to cover as much as 40 hectares (about 100 acres) at its height.

When the settlement first came together, about 10,500 years ago, it would have been much smaller, perhaps occupying only a single hectare in size, but over the following 1,500 years, it developed into a thriving urban centre filled with large buildings, public facilities, and places of ritual.

What's amazing is that for such a significant ancient site, it lay hidden for so long. Archaeologists suspected years ago that some kind of Neolithic settlement might exist below Motza, but the extent of the buried city only became apparent during recent excavations carried out as part of a highway-building project in the area.

"It's a game-changer, a site that will drastically shift what we know about the Neolithic era," one of the researchers, Jacob Vardi, told The Times of Israel. 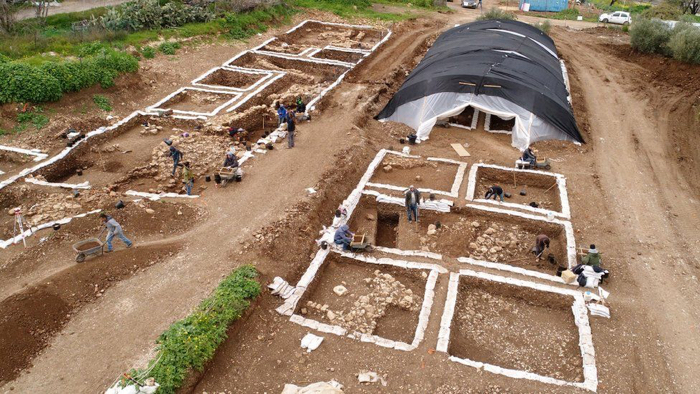 Before now, researchers had largely thought this region was uninhabited, yet it makes sense the land was settled – as the valley it lies within offers fertile conditions, with easy access to fresh water along the banks of the Sorek river.

As it happens, this verdant land wasn't just inhabited; it provided the backdrop for a human society with surprisingly advanced innovations for the time.

Unlike the similarly ancient city of Çatalhöyük in Turkey, the Motza metropolis features conveniently vacant alleyways in between its buildings to enable free passage – whereas Çatalhöyük's inhabitants likely had to resort to ladders to climb out of dwellings and over city structures.

In other parts of the city, storage sheds were used to keep seeds and foods, including lentils and chickpeas. 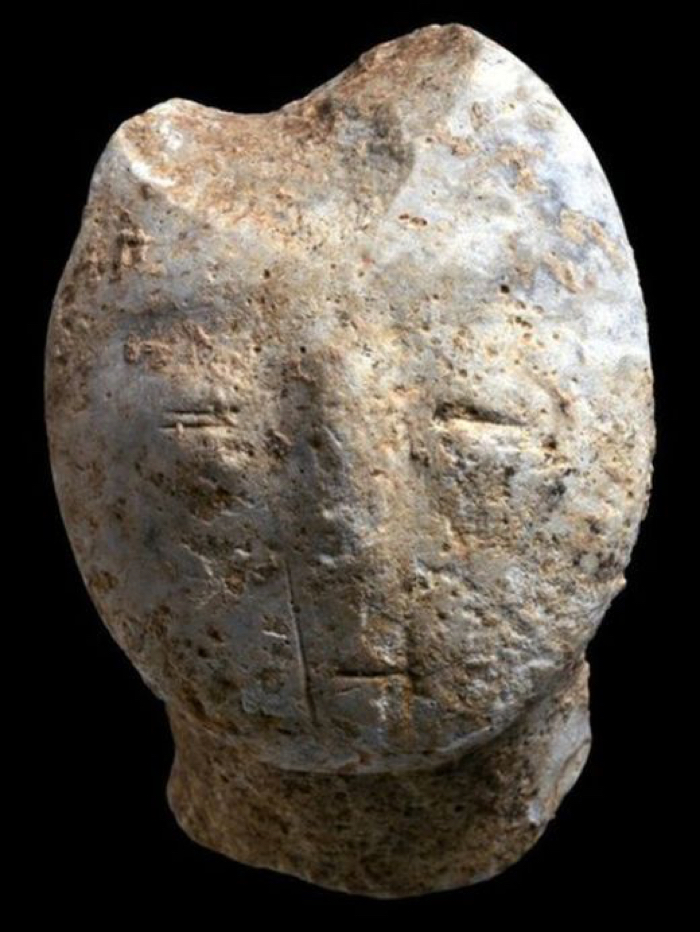 Such advancements in architecture, construction, and city planning were not a one-off.

Cultural artefacts and precious crafted objects such as bracelets and medallions preserved in the city's tombs and elsewhere reveal evidence of a community who possessed and traded all kinds of exotic things.

"These gifts testify to the fact that already during this ancient period, the residents of this site conducted exchange relationships with faraway places," the researchers explain in a statement.

"Amongst others, unique stone-made objects were found in the tombs, made of an unknown type of stone, as well as items made of obsidian (volcanic glass) from Anatolia, and sea-shells, some of which were brought from the Mediterranean Sea and some from the Red Sea." 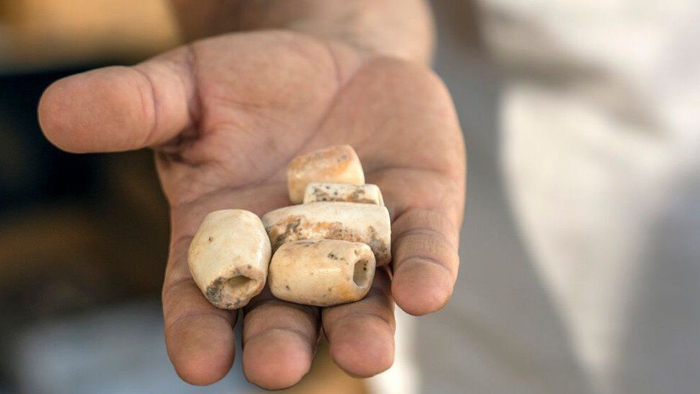 Some of the discovered beads. (Israel Antiquities Authority)

The excavations also unearthed flint tools, including arrowheads used for hunting and possibly fighting, plus axes, and various kinds of blades.

Some of these tools would have been used in farming, enabling the development of agriculture in the city, which grew wheat, barley, and beans.

In addition to crops, the researchers say the ancient inhabitants tended and also ate cows and pigs – and may have been the first known society to domesticate goats.

The people who lived in this ancient place weren't always so agriculturally advanced.

The bones of devoured game animals suggest the city's inhabitants may first have been hunter-gatherers, before the settlement switched over to a more sophisticated, sedentary stage in its last few hundred years – a development that likely also saw the city grow rapidly in size.

Excavations at the site are ongoing, and the team says this unprecedented discovery – and all the rare, mysterious objects it contains – still has much to reveal.