Along the banks of a river of human epithelial cells, flowing across your tongue, many communities of bacteria have made their homes.

Just as human cities organise into areas with different types of communities and purposes, so, it turns out, do these miniature equivalents congregate in your mouth.

Spherical, oxygen loving Streptococci species (green) loiter around the outskirts of town, where they have greater exposure to air, while rod-shaped Actinomyces (red) seem to avoid this perimeter in favour of being tucked closer to the epithelial cell centre. Others, such as Rothia (cyan), prefer to inhabit areas away from these two borders.

"What was really a surprise was to see how organised they were. It tells us a lot about how they are working together," microbial ecologist Jessica Mark Welch, from the Woods Hole Marine Biological Laboratory, explained to Smithsonian Magazine last year about the phenomenon. 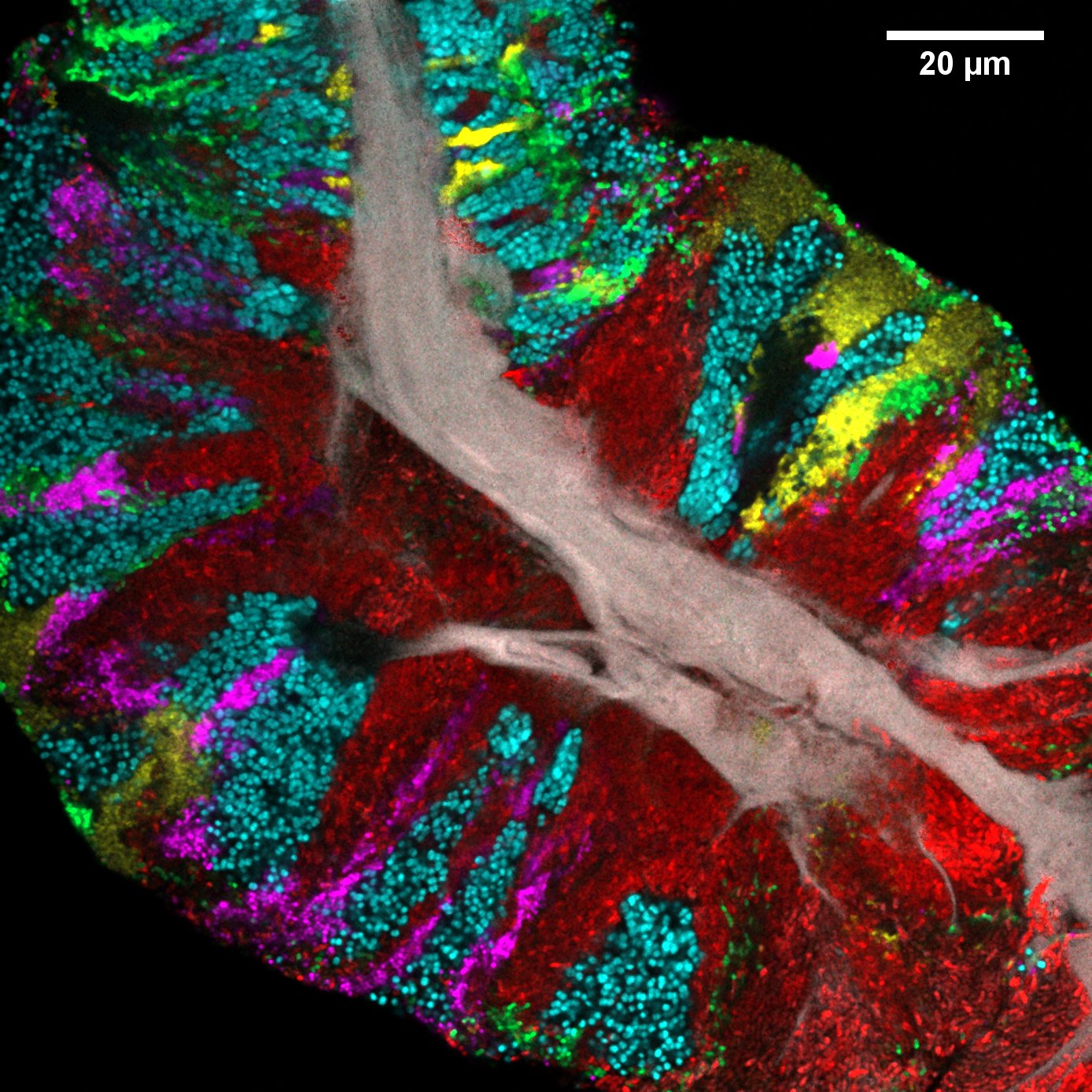 According to Mark Welch, the outer ring of Streptococci (green) seem to create a low-oxygen zone in the interior of this bacterial metropolis, which is occupied by species who prefer such anaerobic conditions.

The bacteria excrete protective homes of slime, together forming a thriving, densely packed biofilm on our tongues.

"Bacteria behave differently in a biofilm," explained Mark Welch. "There are parts of their metabolism they only turn on in a biofilm, and they tend to be more resistant to antibiotics and changes in the environment." 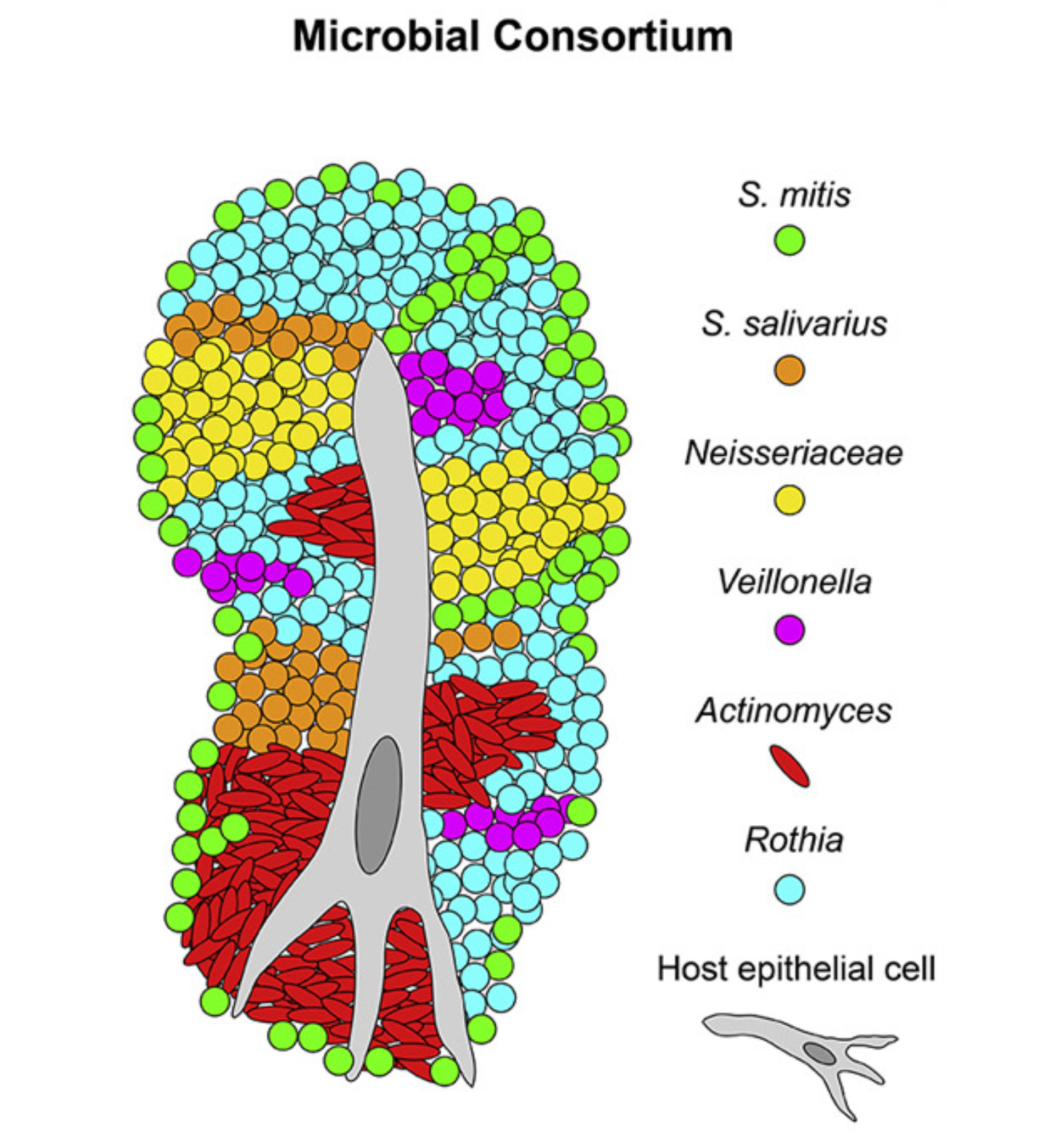 What we see here are only a small fraction of over 700 different species of bacteria that live in our mouths. Communities found on our tongue are vastly different to those found elsewhere in our mouth, like on our teeth.

And while the researchers found specific species of bacteria varied between people, the overall structure of their communities remained consistent.

"Bacteria on the tongue are a lot more than just a random pile. They are more like an organ of our bodies," Harvard University cellular biologist Gary Borisy explained.

The images indicate one such task these organs may perform, by revealing the presence of large groups of nitrate-reducing bacteria, including Actinomyces and Veillonella (magenta).

These organisms are capable of turning nitrate, commonly found in our leafy green foods, into nitrite, a key step in creating the compound nitric oxide.

Our bodies use nitric oxide for things like dilating blood vessels to control blood pressure, but this nitrate reaction is not something they're capable of doing by themselves. 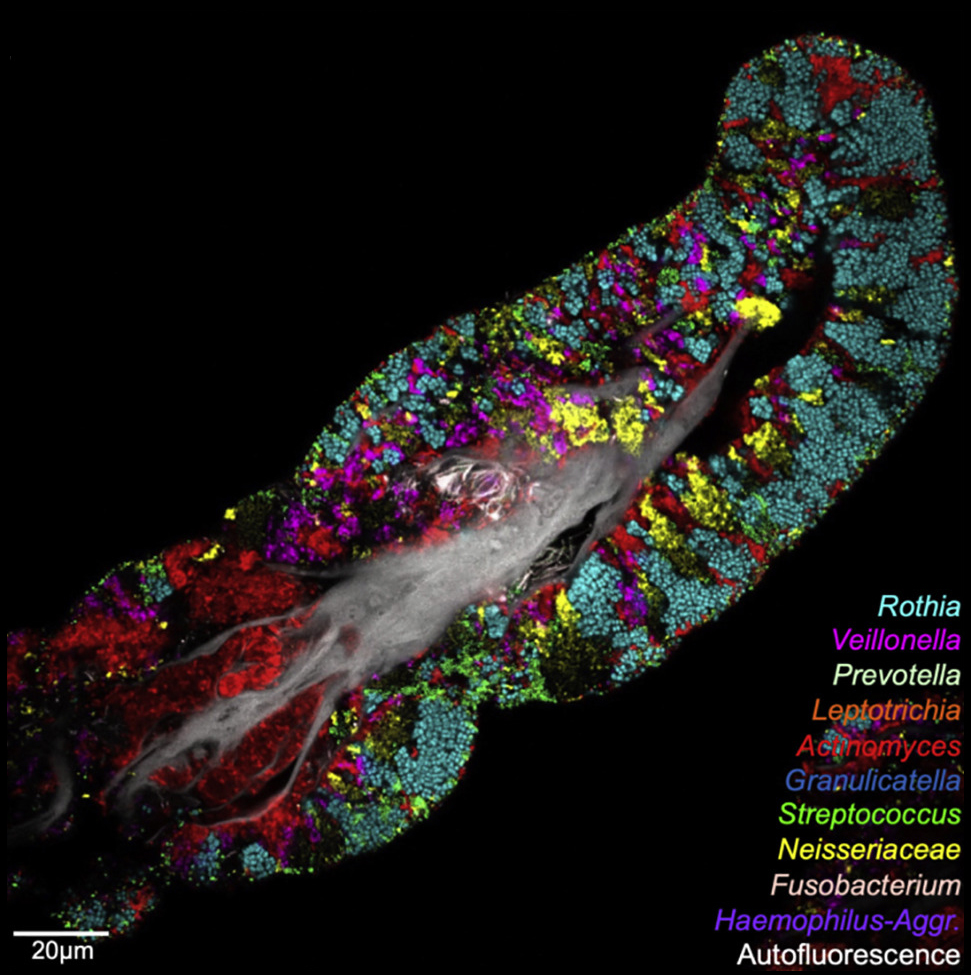 Borisy and colleagues captured these images using a fluorescent imaging technique they developed, called CLASI-FISH, on tongue scrape samples from 21 healthy volunteers. They identified 17 genera of bacteria common in more than 80 percent of people.

By seeing how these bacteria organise themselves, researchers can learn more about their interactions, how they function, and the roles – both good and bad – that they play within our bodies.

Their research was published in Cell Reports.