For Over 50 Years, a Strange Independent Micronation Has Existed Off The UK Coast

You've more than likely heard of some of Europe's tiniest nations - countries like Malta, San Marino, and the Vatican City state instantly come to mind.

But there is a long list of tiny, self-declared independent states around the continent that aren't recognised as independent by the governments of other nations.

The Principality of Sealand in the North Sea is at the very top of the list.

Over half a century since this human-made platform split from the south-east coast of the United Kingdom, Sealand is still going strong.

Sealand is one of the world's smallest micronations. It is not recognised by the UK but is effectively autonomous as it wasn't located in British territorial waters when it was established in the late 1960s.

It's off the coast of Essex, located in the Noth Sea approximately 12 kilometres (7.5 miles) from Great Britain. The site was previously known as HM Fort Roughs, a military installation built during the Second World War.

As you can see, it's tiny and isolated, with a helicopter platform taking up much of the space at the top of the building. Full-time military personnel were withdrawn from the structure in 1956. It was part of a string of other defensive structures called the Maunsell Forts, built to protect south-eastern England against Nazi Germany's naval threat.

Here is HM Fort Roughs (now Sealand) being towed into place in 1942. In 1967, former British army Major Roy Bates took over the fort with his wife Joan with the idea of setting up a pirate radio station, keeping others who had the same idea at bay.

In 1967 Bates declared the 'Principality of Sealand,' declaring himself Prince Roy, and his wife Princess Joan. The fort has been effectively independent ever since.

Sealand has a red, black and white-striped flag, while the royal coat of arms says 'E Mare Libertas' or 'from the sea, freedom.'

In 1987 the United Kingdom extended its territorial waters by 14 kilometres (9 miles), and the area now includes Sealand. However, a serious challenge to the micronation's de-facto independence is yet to be posed by Westminster. Some of the threats to Sealand's independence have come from outside the UK. In 1978, mercenaries employed by German businessman Alexander Achenbach invaded the island, but were eventually captured. Achenbach wanted to turn to the platform into a luxury off-shore hotel.

Sealand issues its own currency, Sealand dollars, which are worth one US dollar. The ones they sell on their online shop, however, are slightly more expensive. Michael Bates, son of Roy Bates, is Sealand's current regent. He was 14 when independence was declared. His father died at the age of 91 in 2012, while his mother Joan died on 10 March 2016.

Prince James and Princess Charlotte of Sealand have carried on the royal line - they're pictured here meeting the BBC's Ben Fogle for the One Show in 2011. Fogle was awarded the noble title of Lord Ben Fogle of Sealand. The fort's main access to the rest of the world is by boats - which then have to be lifted up onto the top platform. There's also a helicopter platform.

Despite the harsh exterior, the inside is perfectly livable, if a little old fashioned. At the time of the One Show's report on Sealand, the fort even had a resident cat. Given the fort is often cut off from mainland Britain by the choppy North Sea weather, a large stash of tinned food is stored on Sealand to make sure its residents don't go hungry.

Sealand has picked up a cult following over the years - here's British climber Kenton Cool unveiling the flag of Sealand at the top of Mount Everest. 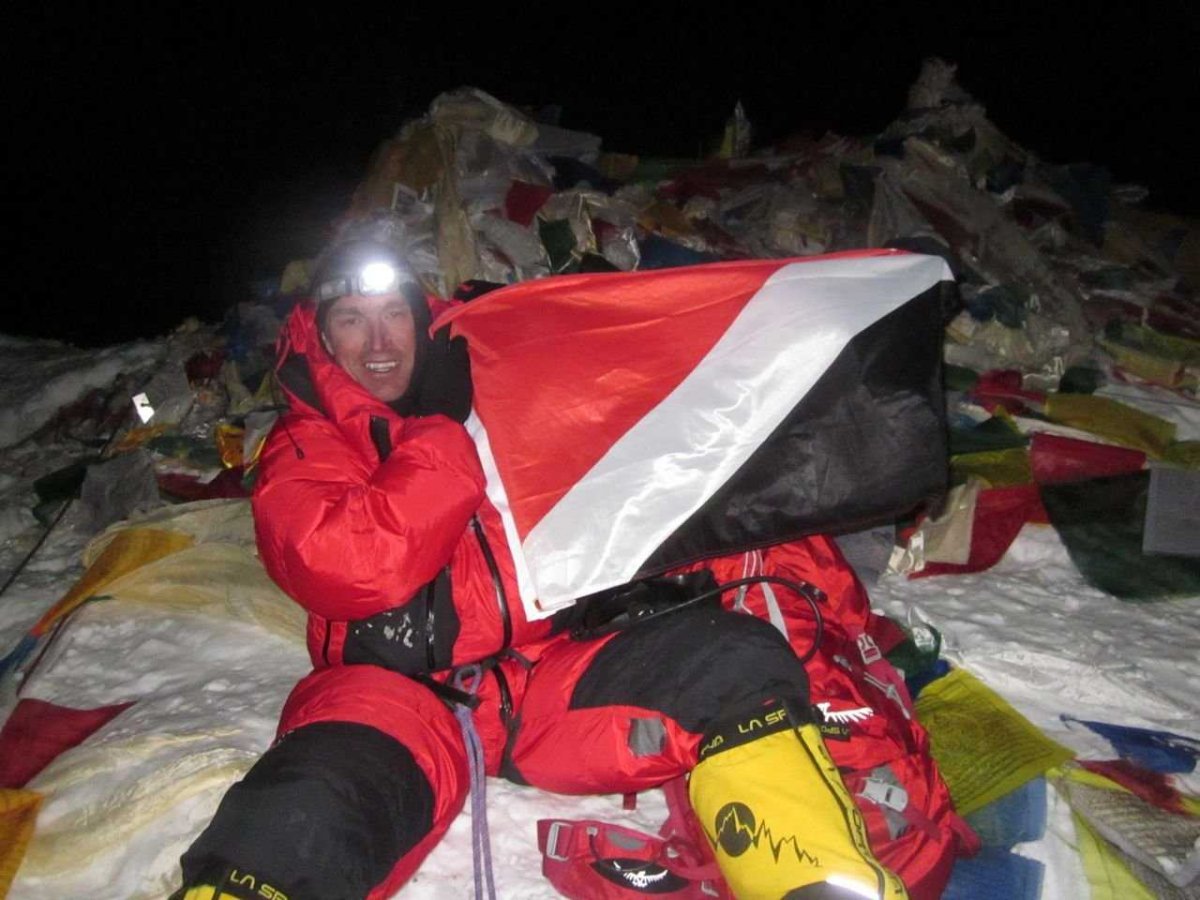