It's The Birthday of The Tallest Man Who Ever Lived

In honor of his birthday, this is the incredible life of Robert Wadlow, whose hands measured a foot long and whose arm span was 9 feet 5 inches (287 cm).

Robert Pershing Wadlow was born on 22 February 1918, and weighed a healthy 8 pounds 6 ounces (3.9 kg). Soon after his birth, he began to grow at an astounding rate. In this photo, 6-month-old Wadlow weighed 30 pounds (13 kg), about twice the normal weight for his age. 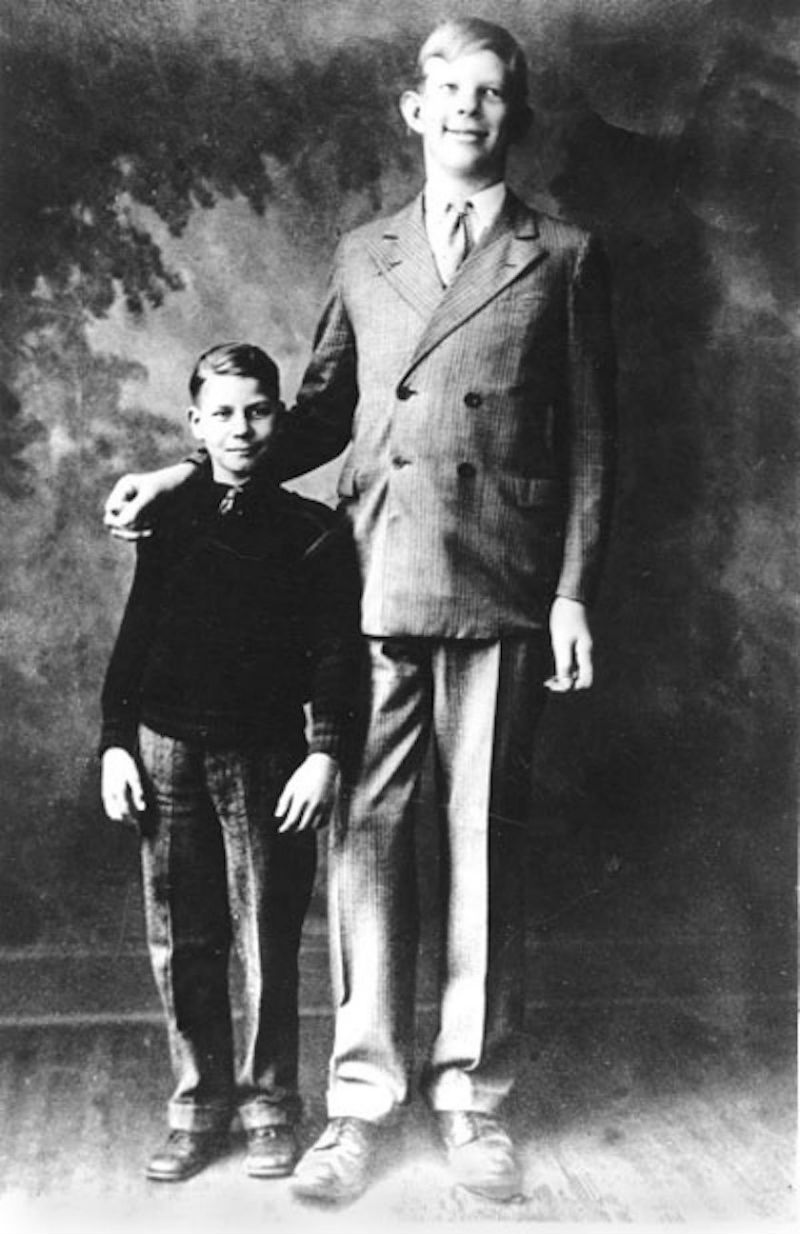 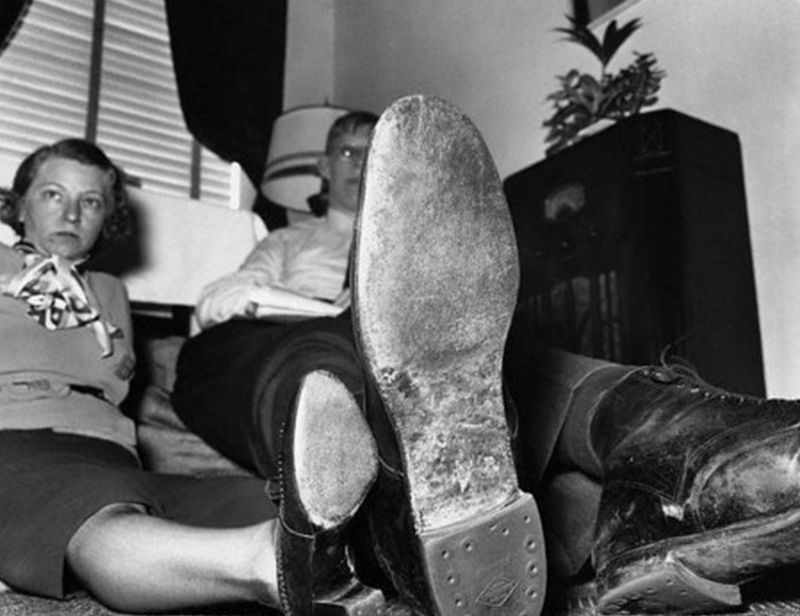 At age 12, Wadlow learned that he had a hyperactive pituitary gland that caused his incredible growth. In this photo, world heavyweight champion Primo Carnera playfully punches Wadlow, then 6-foot-11 (210 cm). 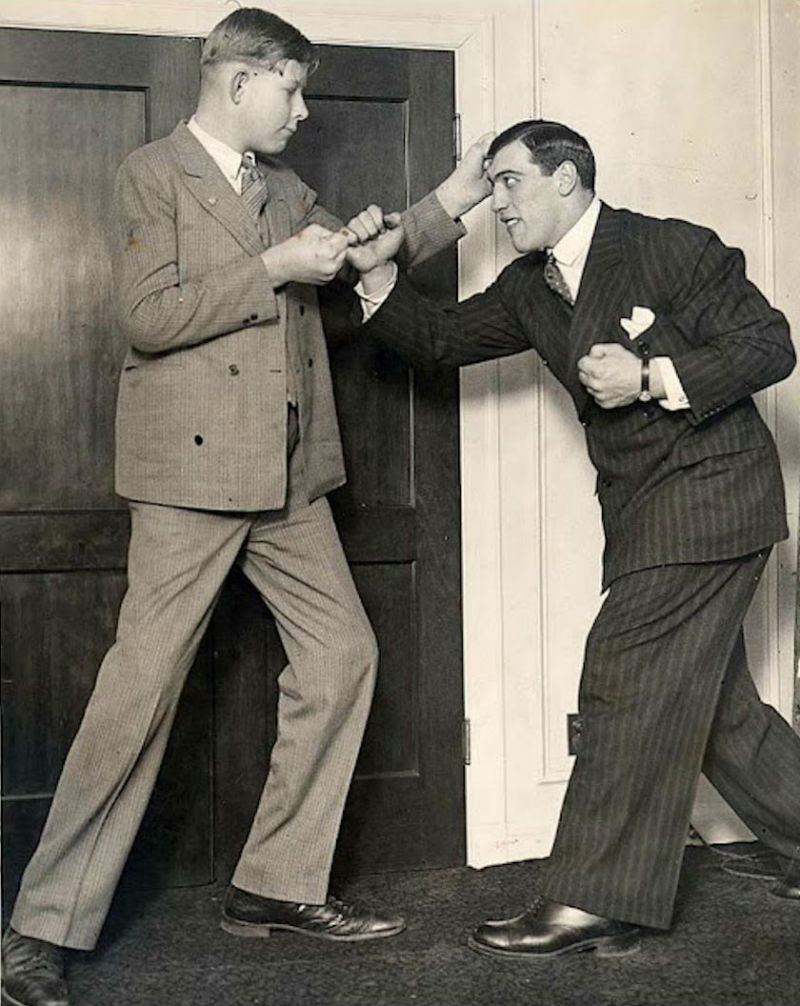 When Wadlow was a 13-year-old Boy Scout, his uniform, sleeping bag, and tent were all modified, according to Scouting Magazine. Wadlow consumed five times the normal caloric intake for his age.

Wadlow was the oldest of five children. Here's Wadlow on his 17th birthday with his two younger brothers. 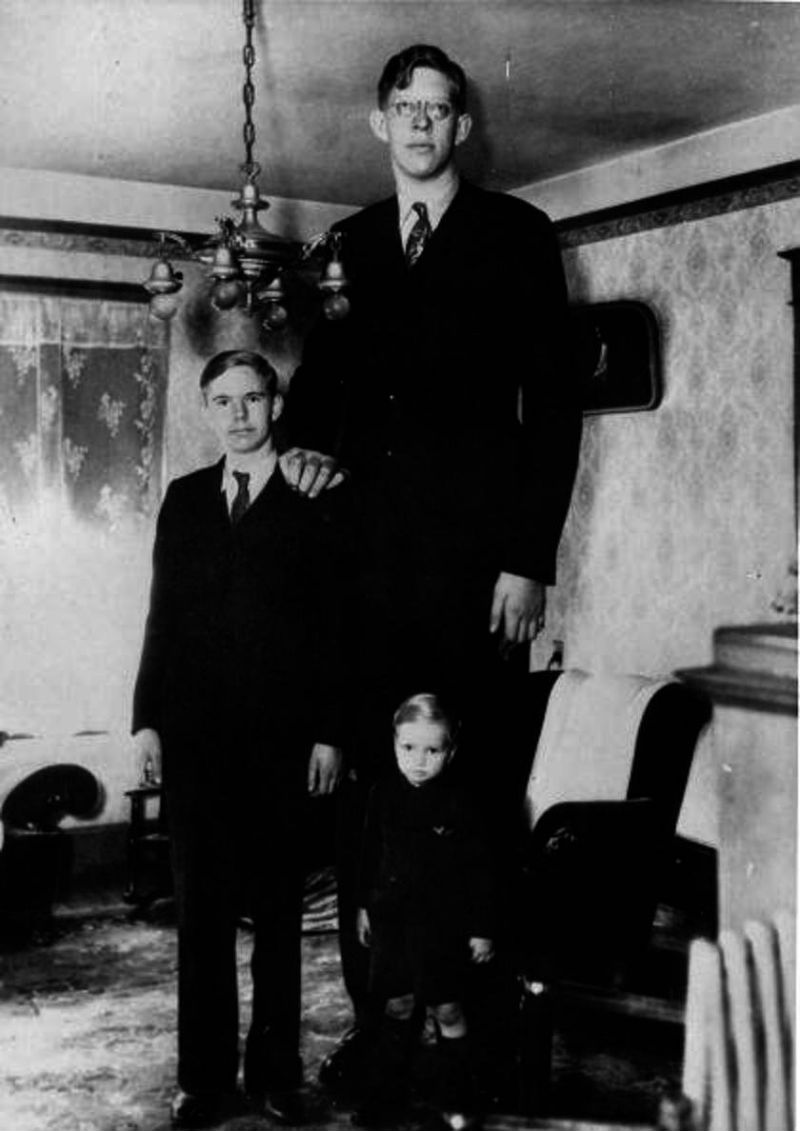 All of Wadlow's relatives were of normal weight and stature. Here's a family photo from 1935. 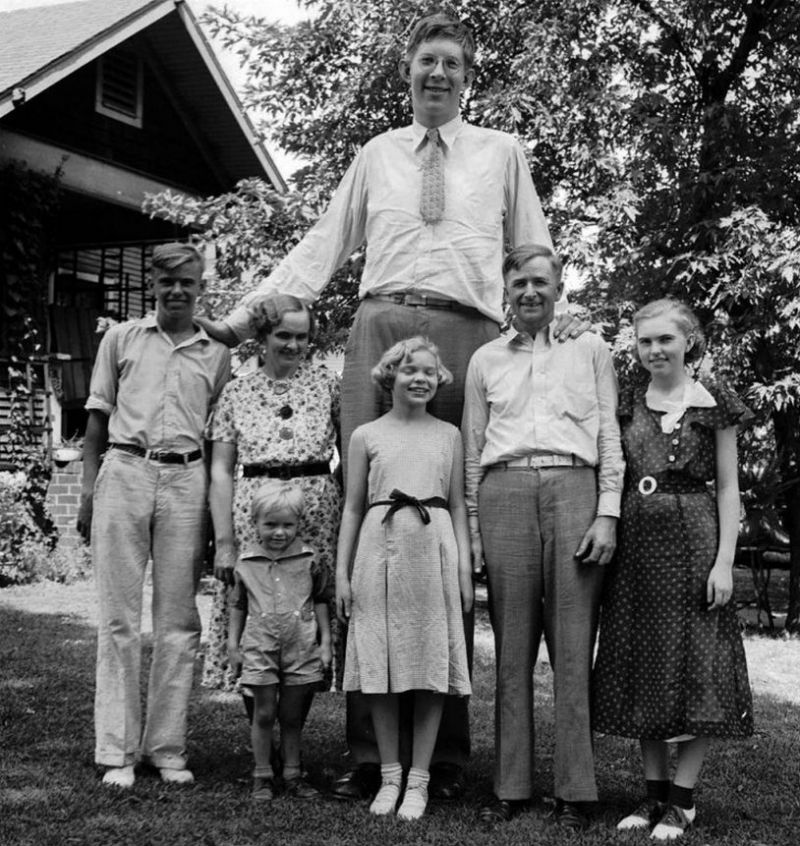 As a young man, Wadlow's custom-made clothes required as much as three times the amount of cloth. Here's Wadlow being measured for a suit jacket for his 8-foot-3 stature (251 cm). 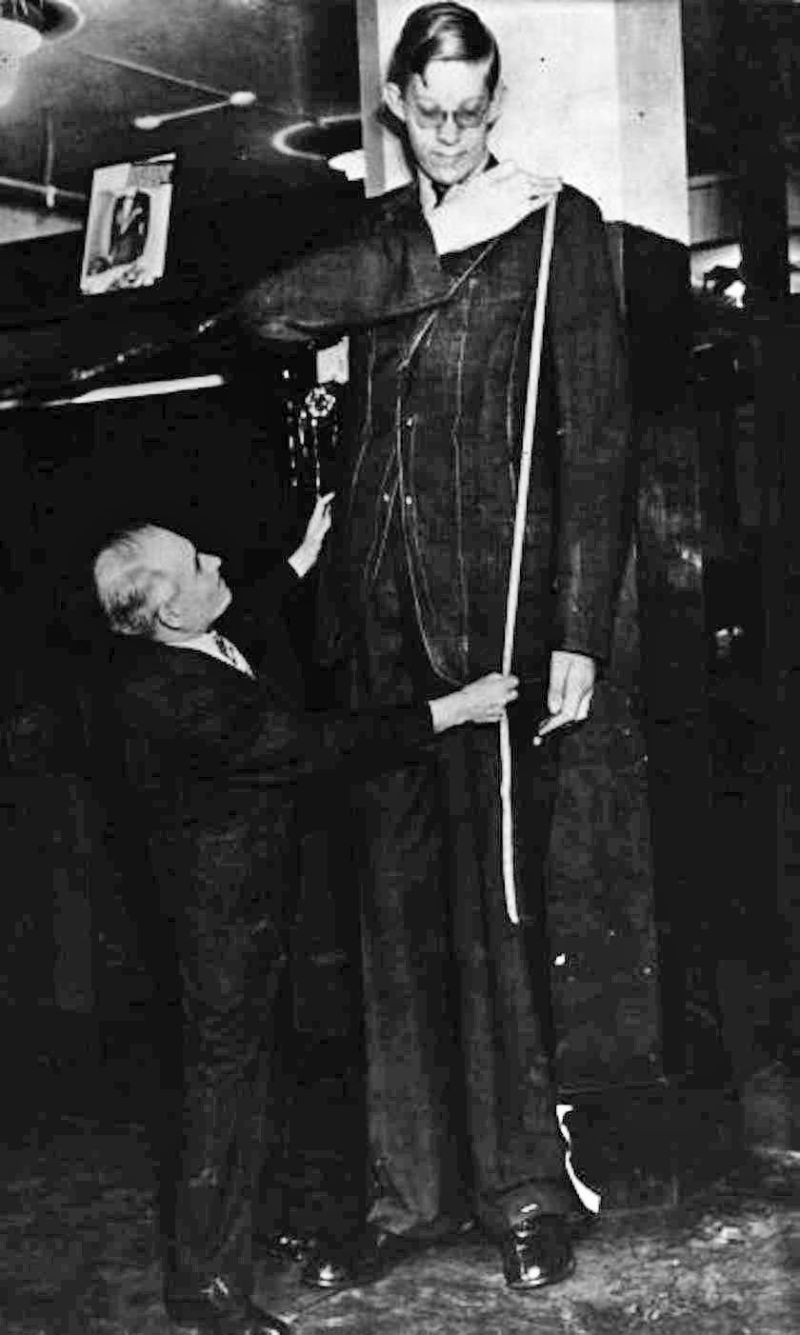 As a 19-year-old, Wadlow stretched to a height of 8 feet 7 inches (261 cm) and officially became the tallest man in the world.

Known as a 'gentle giant', Wadlow earned money from national public appearances. When asked in a radio interview whether he was annoyed when people stared at him, he calmly replied, "No, I just overlook them." 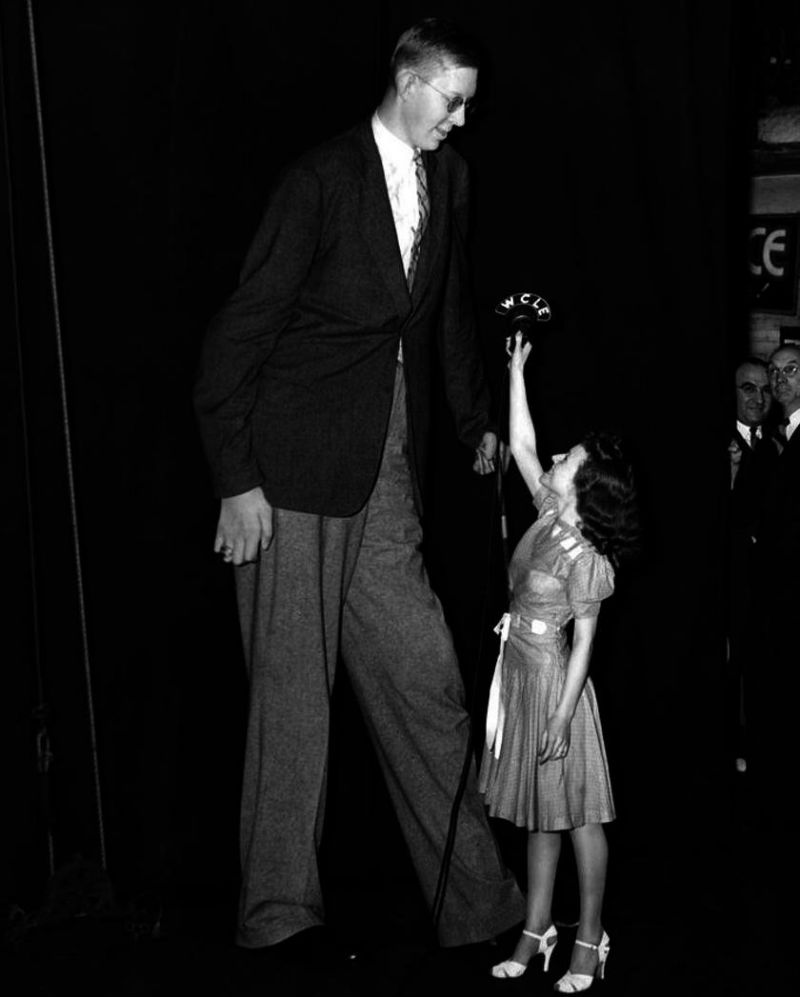 Wadlow's 1,000-pound (453-kg) casket required 18 pallbearers and was carried to his final resting place in his hometown of Alton, Illinois. Wadlow's family decided to destroy most of his belongings for fear that his personal effects would be collected and displayed as 'freak' memorabilia. 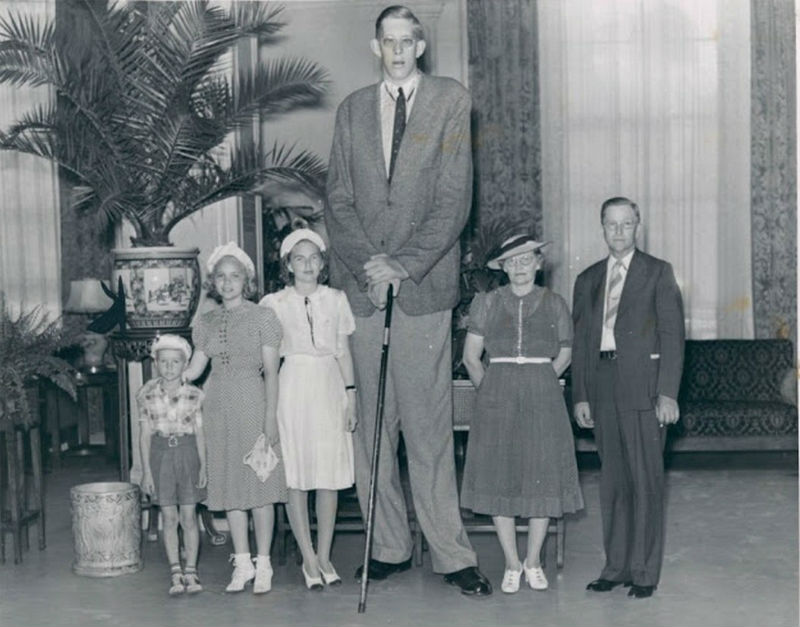