The future of space tourism is looking more tantalising than ever, with Jeff Bezos' private spaceflight company Blue Origin unveiling the first interior images of its New Shepard space capsule this week.

The crew capsule, which sits atop the reusable New Shepard booster rocket, provides recumbent leather chairs and ample space-viewing opportunities for six people – and it won't be long before those seats will be filled, with the company expecting to launch paying passengers as early as 2018.

"Our New Shepard flight test program is focused on demonstrating the performance and robustness of the system," Bezos explained in an email to the press this week.

"In parallel, we've been designing the capsule interior with an eye toward precision engineering, safety, and comfort."

In terms of safety, the centrepiece of the capsule is a large cylindrical feature that looks like it might be some kind of control console for the passengers – but it's actually the escape motor, which operates to push the crew capsule off the booster rocket in an emergency: 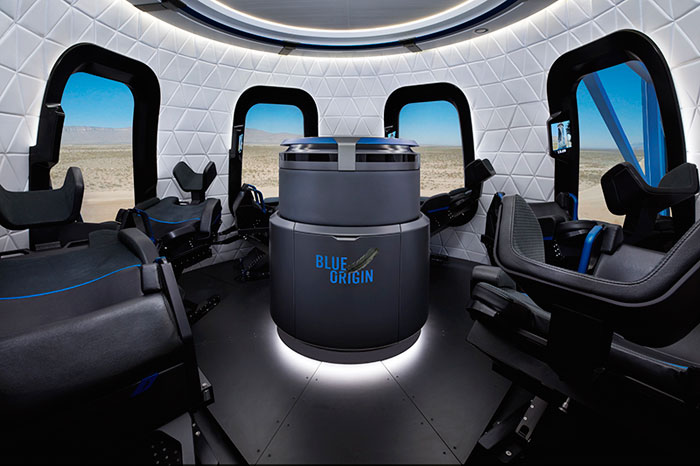 The idea is that, in the event of an anomaly during the launch sequence, the escape motor thrusts the passenger module away from the rocket and out of harm's way.

Of course, the would-be space tourists that Blue Origin is currently courting probably don't want to spend too long dwelling on mid-launch emergencies, and would rather think about the unique perspectives on Earth and space afforded by these roomy individual windows: 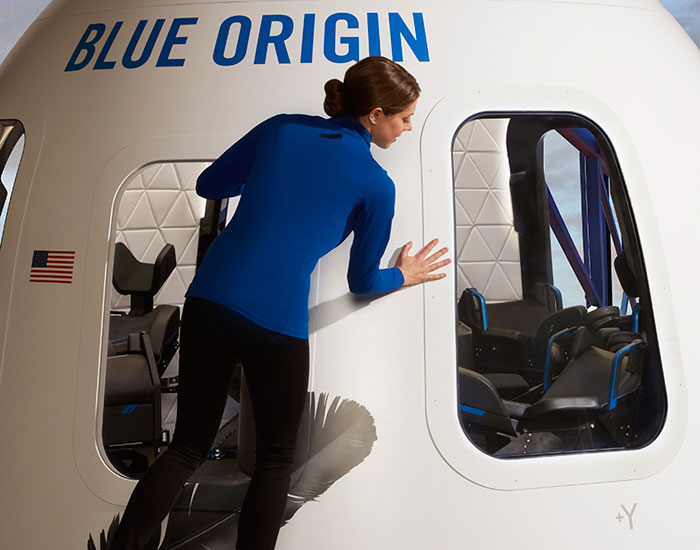 "Every seat's a window seat," Bezos explains, "the largest windows ever in space."

According to Blue Origin's website, these viewing ports make up one-third of the capsule's surface structure, and at 108.5 cm (42.7 inches) high and 72.6 cm (28.6 inches) wide along the base, they're almost three times as capacious as the windows on a Boeing 747.

Here's another look at the windows and how happy they make New Shepard's hypothetical passengers: 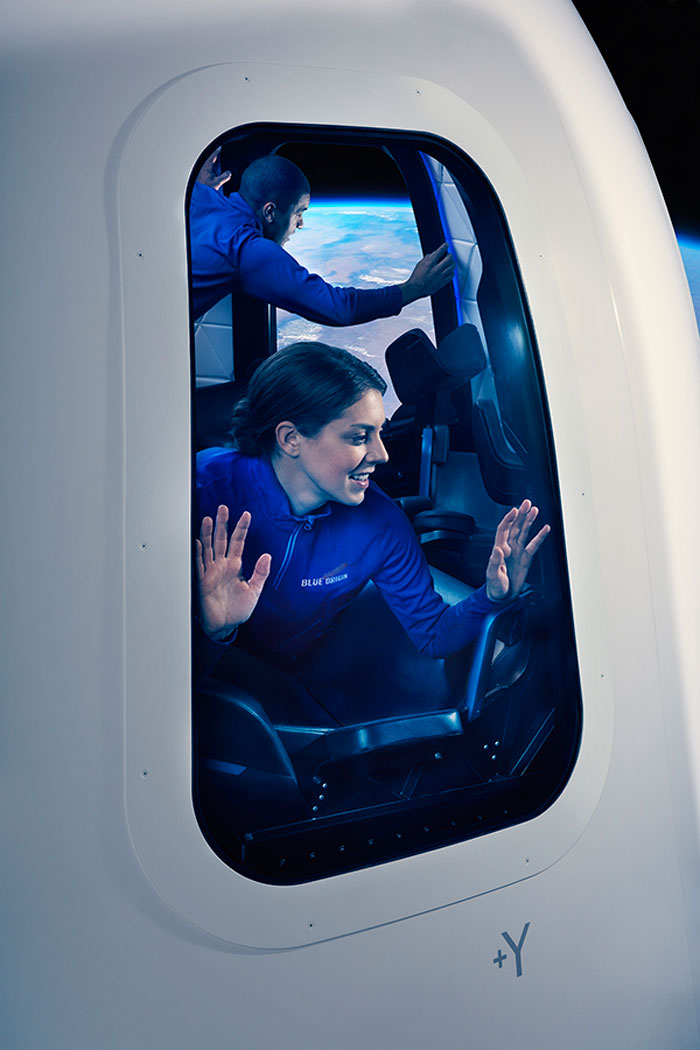 By the side of each window is a viewing screen, offering travellers information on their flight and potentially acting as a video display to give them alternative views of the spacecraft and its outlook.

The New Shepard capsule is named after pioneering NASA astronaut Alan Shepard, who in 1961 became the first American to take a suborbital trip to space.

Passengers on New Shepard will get to follow in his footsteps, climbing to an altitude of approximately 100 kilometres (62 miles) in the vicinity of the Karman line, the boundary between Earth's atmosphere and outer space.

Of course, experiencing those highs won't come cheap. The expected ticket price for Blue Origin's 10-minute voyage into space is expected to cost somewhere between US$100,000 to $200,000.

But hey, at least New Shepard looks to be considerably more luxurious than the interiors of SpaceX's also-very-cool-looking Crew Dragon spacecraft, which right now is reserved for professional astronauts.

Blue Origin will be exhibiting a mockup of the crew capsule at the 33rd Space Symposium in Colorado Springs next week, and hopefully we'll find out more about some of its capabilities then – and get some confirmation on exactly when private spaceflights will kick off.