Unassuming farmland in Østfold County, Norway, was hiding a secret for centuries - and now it's been rumbled. Using high-resolution ground-penetrating radar, archaeologists have found an ancient Viking cemetery, complete with what appears to be a well-preserved ship burial.

A popular mode of interment among the Norse Vikings, ship burials consisting of a longboat covered by a mound were reserved for important personages, such as chieftains. However, while many have been discovered, it's rare to find them preserved in a good condition.

"This find is incredibly exciting as we only know three well-preserved Viking ship finds in Norway excavated long time ago," said archaeologist Knut Paasche of the Norwegian Institute for Cultural Heritage Research (NIKU).

"This new ship will certainly be of great historical significance as it can be investigated with all modern means of archaeology."

Measuring around 20 metres (65.6 feet) in length, the Jellstad Ship was found at an astonishingly shallow depth of just 50 centimetres (1.6 feet), right below the topsoil.

What makes its preservation all the more surprising is that the burial mound that once covered it has since been ploughed away. 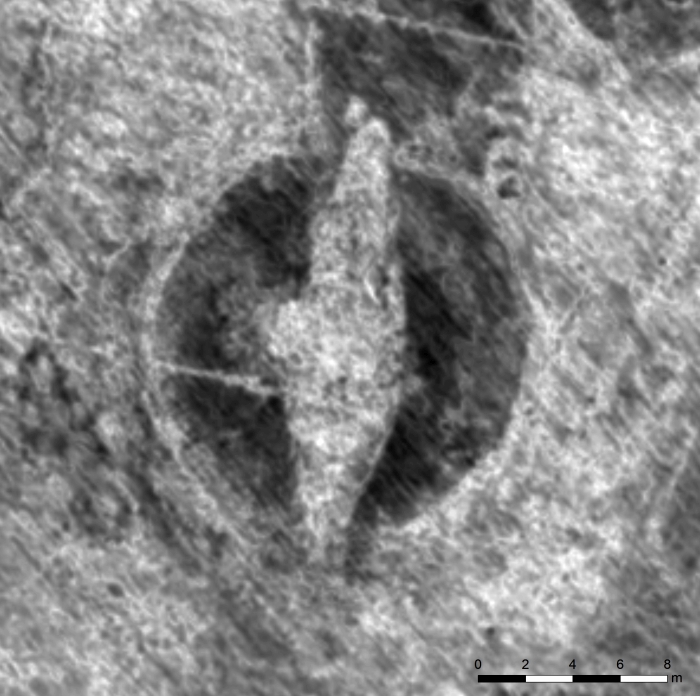 However, the lower part of the ship - its keel and floor timbers - seem to be relatively intact.

It's difficult to know exactly how old it is, but another nearby burial site known as the Jellhaugen Mound has been dated to around 1,500 years ago.

And, in addition to the mound that contains the remains of the ship, the radar survey revealed the remains of at least seven other previously unknown burial mounds that had been destroyed by ploughing, as well as the remnants of five longhouses. 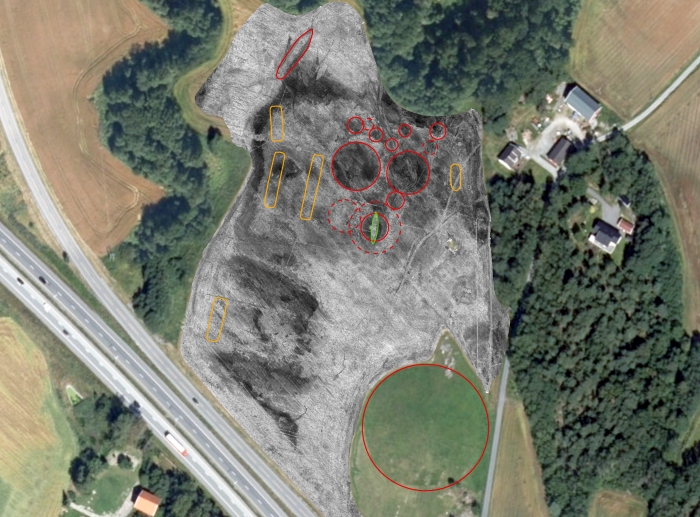 "The ship burial does not exist in isolation, but forms part of a cemetery which is clearly designed to display power and influence," NIKU archaeologist and project leader Lars Gustavsen said.

The team has no immediate plans to excavate. Instead, their future investigations will use non-invasive methods to create a digital map of the grave, as well as the surrounding cemetery and landscape.

However, once these investigations have been completed, it may be necessary to excavate in order to learn more, NIKU noted.

You can watch a video that shows exactly how the ship was found here.