Most people know that lightning strikes can destroy - but it turns out, they can also create.

On rare occasions, when a bolt of electricity hits sand or soil, the resulting jolt of extreme heat can melt and fuse together stunning and fragile hollow tubes of glass.

This can happen when a lightning bolt strikes ground (fulgurite). Found in Newport AR by Garver Elec Engineer #arwx pic.twitter.com/AZKhs1Asio

It's just that most of the time, these natural works of art are hidden beneath our feet.

A Fulgurite or Petrified #Lightning is made when #lightningstrikes loose sand. It vaporizes a thin wormhole and melts the zone around it, creating an instant froth of natural glass

Sometimes called "fossilised lightning", these beautiful branching patterns are known to scientists as fulgurites, and according to experts, the world is full of them.

"All you have to do is go to any beach and start digging," notes Martin Uman from the University of Florida, one of the world's foremost lightning experts.

As fascinating as fulgurites are, there are a lot of fakes and falsely captioned pictures out there. Snaps of fulgurites continue to go viral online when they are really just drip castles made by humans on pieces of driftwood, like the ones below.

Fulgurite is the product of sand being struck by lightning pic.twitter.com/wju6i5e9KQ

Fulgurite: Lightening strikes the sand at a beach turns the silica into a glass monument = https://t.co/inb3ZdT9mX pic.twitter.com/0FGu2ERitI

Other photographs of fulgurites already dug up or with their surroundings eroded away make it look as though these structures are formed above the ground - which is not true.

It's a fulgurite, and it's formed when goddamn LIGHTNING hits sand or soil, and the heat from the strike (>27,000°C!) fuses the silica to glass.

The shape of fossilised lightning is a recreation of the path this electricity took through the ground, and when scientists find examples from long ago, they can use them to infer what past climates may have been like.

A 250-million-year-old fulgurite found in the Sahara desert, for instance, suggests this area of the world was once a fertile area with frequent storms.

Today, Florida experiences about 10-15 lightning strikes per square kilometres, which is one of the highest rates in the United States.

This sort of activity puts underground power lines at risk, so some researchers, including Uman, are examining fulgurites as a way of figuring out how to avoid such damage.

But while lightning strikes the surface of our planet at least a million times each day, these bolts have to be low enough and powerful enough to melt sand or soil into these strange and bizarre shapes. The soil itself may also have to be packed in a certain way.

In the end, this means fulgurites are quite rare, so finding them can be really exciting. In the hunt for more of these stunning structures, scientists in the 1990s found the longest fossilised lightning ever in northern Florida, with a branch reaching over 4.9 metres deep (16 feet). 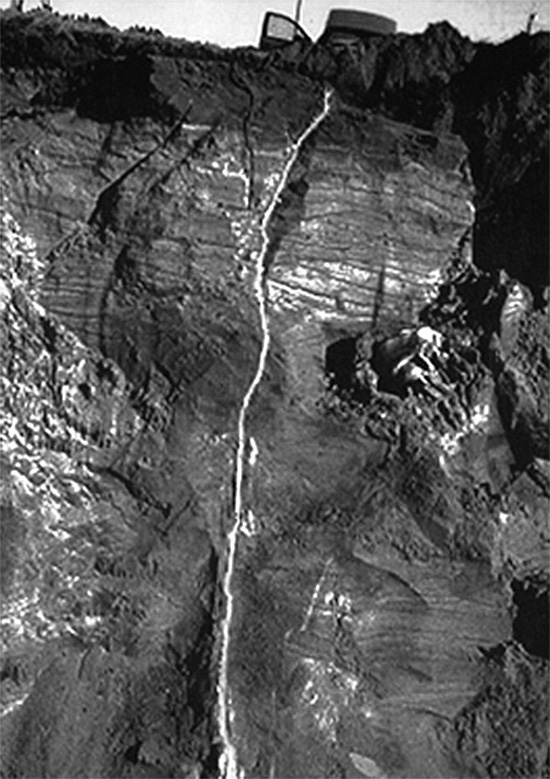