Humans are going to get to Mars, eventually - even if we're still decades away from an actual colony, it is likely to happen one day. And the problem of how we're going to survive on the Red Planet still needs a viable solution.

It's possible that humanity's future homes on Mars will end up looking something like NASA's Habitat Demonstration Unit, a facility for testing and developing habitability.

In the meantime, though, we can still dream big about human abodes on Mars, which is what the HP Mars Home Planet Challenge is all about. And now the winners are in, with some breathtaking futuristic Martian cities.

Suppose, the challenge poses, humans get to Mars. Suppose we manage to establish a colony there. Suppose that colony grows to a population of one million. What would that colony look like? 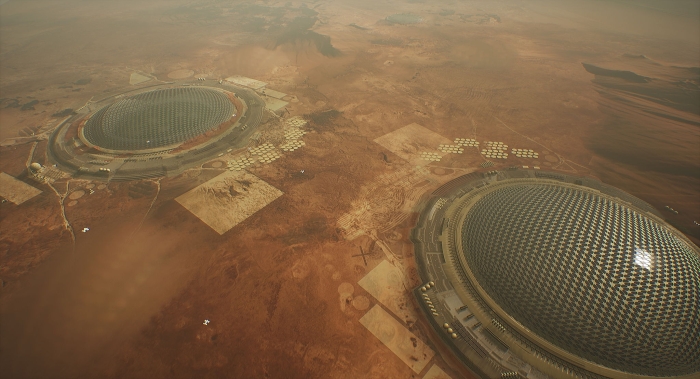 The competition took place in three stages. The first round, the Concept challenge, attracted 464 entries, with winners awarded in November 2017. The 3D Modelling challenge was awarded in March of this year, and attracted 332 entries.

The final round, with the winners announced on 14 August, attracted 177 entries, offering their renderings of what that future Mars colony could look like.

But the entries aren't just about the fiction. Mars is going to be a hazardous place for humans, so the submissions had to take that into account, with 25 percent of the marks awarded for "Mars physics" (the other three factors, each also worth 25 percent, were originality, creativity, and rendering quality). 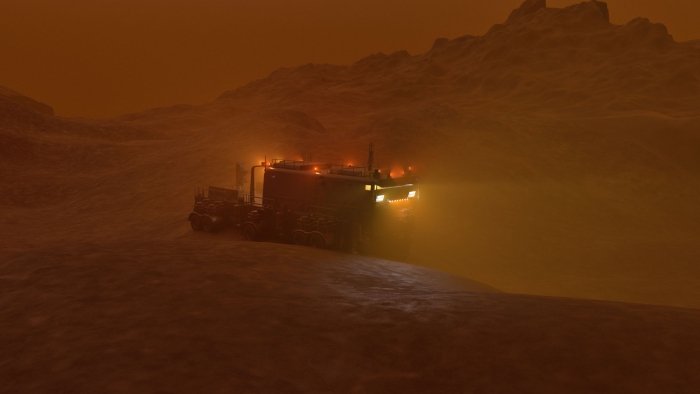 Mars's gravity, for instance, is just 37.6 percent of the gravity on Earth. It also has a much thinner atmosphere, so solar radiation is much higher on Mars than it is on Earth, meaning humans need significant UV protection at all times. And Mars is prone to devastating dust storms that can engulf the entire planet.

The winning cities, you will notice, seem to be based around enclosed areas - as they would need to be - with domes that would serve as protection from solar radiation and dust storms, while containing a breathable atmosphere.

Other submissions included vehicles and transportation; facilities such as power plants that make use of natural Martian resources, like wind turbines or geothermal plants; oxygen generators; farms; and even protective clothing (which would be an absolute necessity for anyone venturing beyond the safety of the dome).

Some of the best entries were incorporated into a VR experience released at the SIGGRAPH conference, held in Vancouver earlier this month.

NASA plans to send humans to Mars sometime in the 2030s, but there are a lot of problems to solve before it gets to that point. These include the 9-month travel time to Mars (and the 9 months back again); being in zero-G for that long has some pretty serious health impacts.

In addition, there's the problem of landing; because the Martian atmosphere is so thin, it's hard to control descent. That might be fine for a robot, but a landing module full of squishy humans is… a bit more complicated.

The astronauts will need to spend some time on Mars, not just to do science, but also because it will take a few months before the planet is back in an optimal position for getting home.

So they'll need to be kept alive, with food and water on the dusty desert planet. (And they won't be allowed near any water native to Mars, either.)

And then there's fuel. Not only do you need enough to launch, there will need to be enough in reserve to achieve Mars escape velocity to return home - significantly adding to the rocket payload.

So glorious Mars colonies are still quite a long way off. But it's really pleasant to take a stroll through these concepts and dream.

You can view the winning entries of the Rendering challenge here, and all the entries here.