One of Australia's most bloody maritime mutinies is still turning up gruesome secrets after almost 400 years.

Researchers have uncovered a mass grave holding the remains of five individuals who may or may not have survived the shipwreck of the Batavia – a Dutch merchant vessel that ran aground on a small coral island about 60 kilometres (37 miles) off the Australian west coast in 1629.

Of the 341 souls listed on board, around 60 were lost in the shipwreck, with more than 280 survivors clambering onto Beacon Island – since nicknamed both 'Batavia's Graveyard' and 'Murder Island'.

The five new bodies uncovered in November, found buried together in a communal grave, are the latest skeletal discovery in an ongoing effort to find out more on the events surrounding the fatal incident. 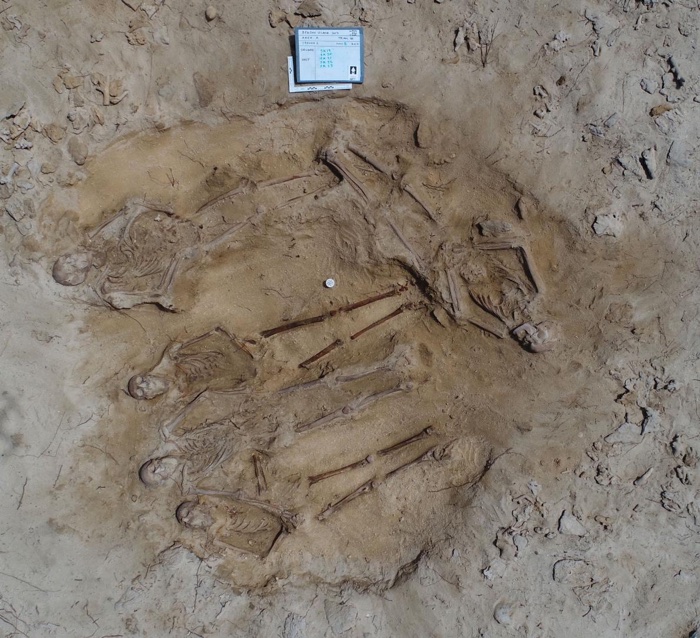 "A total of 10 individuals have been discovered in a central part of Beacon Island in the past three years during our research project, providing valuable new information about the events following the wreck of the Batavia," says anthropologist Daniel Franklin from the University of Western Australia.

While more than 280 people are thought to have survived the Batavia's wreck, their fates may ultimately have been kinder if they'd gone down with their ship, with a brutal mutiny unfolding in the months following.

In truth, the maiden voyage was beset with troubles from the journey's beginning. The Batavia departed Holland carrying a mix of officers, sailors, soldiers, and civilians, with a view to obtaining spices from the Dutch East Indies (Indonesia).

Shortly after setting out, the ship, sailing in a fleet of seven vessels, lost sight of much of its convoy in a violent storm on the North Sea.

Things got worse weeks later when the Batavia became totally isolated from the fleet, and poor relations between the ship's commander and its captain saw troubles brewing on board too – with the assault of a female passenger by crew members revealing the first signs of a potential mutiny.

After the Batavia ran aground, the crew scattered to various shallow islands making up the Houtman Abrolhos chain of islands and reefs, but with little fresh water, the situation was increasingly desperate.

The ship's third in command, under merchant Jeronimus Cornelisz, recruited some 40 men in a mutinous bid to improve the survival odds, ordering groups of others to make for alternative islands in small boats, giving them the false impression they might find water there.

In addition, Cornelisz confiscated soldiers' weapons, and organised the murder of many of the survivors remaining, including women and children. Some women were spared death, only to be used for the mutineers' sexual gratification.

All up, some 115 survivors are thought to have been killed during the mutiny before rescuers arrived – but as far as researchers know, those laid to rest in the newly discovered burial may have missed out on these chaotic scenes.

"The communal burial discovered this month suggests careful and respectful burial, not the hurried work of hiding murder victims," says one of the team, Alistair Paterson.

"These may be people who died in the days following the wreck but before the mutiny and mass killings were under way."

In collaboration with researchers in the Netherlands, the team is examining who these individuals were, before they joined their doomed voyage south.

"Isotopic analyses are allowing us to determine where these people originated from," says archaeologist Liesbeth Smits from the University of Amsterdam.

"Surprisingly many of them did not come from Holland, but moved there to join the ships of the Dutch East India Company."

There's still a lot more to discover about the crew's remains – and more of their counterparts may yet be found.

The team intends to publish their findings next year, so we won't have too long to wait before hearing more on this grim story.